Georgia impaired driving laws are amended from time to time and while it is OK if a typical driver doesn’t know the latest GA DUI laws, the best Atlanta DUI lawyers must stay up-to-date on every change that is made by lawmakers. Like with almost every other criminal code in Georgia, laws are modified and passed based on appeals filed by criminal defense attorneys, and judge’s rulings in individual cases. Another reason why state laws change is due to pressure from citizen groups like Mothers Against Drunk Driving (MADD) to strengthen conviction penalties, or to lower the minimum legal blood alcohol limit (BAC).

All 50 states have set that minimum BAC at 0.8% for drivers over 21, with lower BACs for underage drivers and people who carry a commercial driver’s license (CDL). Utah is close to reducing older driver’s BAC to 0.05% and the rest of the country may follow suit.

Note that the term “impaired driving” also includes a situation where a person still gets charged with driving drunk or high but the driver’s car was parked in a parking lot and the engine was turned off. Or someone had too much to drink and decided to pull into a mall parking lot, turn off the car, and “sleep it off” for an hour. If a mall cop pulls up and gets suspicious he may call in local law enforcement. If this policeman can see your car keys resting in the center console he can still arrest you for impaired driving. These cases are complicated so you need a lawyer who knows the exact official Georgia code section that pertains to this unique situation. By the word “high” I mean operating a motor vehicle under the influence of marijuana – these DUI drugs cases have risen in number every year.

How does a police officer know you have been smoking weed? One way to tell is by observing your eyes and listening to your pattern of speech, but an officer will ask you to submit to a blood test back at the police station or the jail. A blood sample will not be taken at the side of the road nor will a portable breathalyzer detect marijuana usage, so a blood draw is required.

Here are a few things you should know about the impaired driving laws in the Peach State:

What Is Your Legal BAC Level?

A BAC level of 0.08% in Georgia for a driver over 21 years of age makes you an offender of DUI laws. Commercial Driver’s License (CDL) holders are held to half that amount: 0.04% BAC. Drivers under 21 are held to a much lower amount: 0.02% BAC.

Your BAC should be checked by an officer within 3 hours of your driving. However, exceeding that 3-hour limit doesn’t necessarily negate the officer’s claim of your impaired driving. You can be charged with a DUI less safe even if your blood alcohol level registers below the minimum.

Yes you can easily be charged with impaired driving even with a BAC level under 0.08%. This is because Georgia follows two standards under its DUI laws : DUI less safe and DUI “per se.” While DUI per se requires you to have a BAC of 0.08% or above, DUI less safe depends upon your driving performance under a  lower BAC. if the officer is convinced that your driving is not safe even with a lower BAC, you can be charged with DUI and face penalties including license suspension. 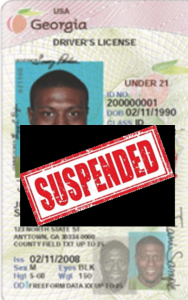 For drivers aged 15 to 21, the BAC level in Georgia is .02%. Anything above that can lead to license suspension for 6 months. For those drivers who were planning to get their official Georgia driver’s license soon the process will be delayed 12 months. In the case of a BAC over 0.08%, the person is prosecuted as an adult and will face criminal conviction penalties. All of these painful consequences can be avoided entirely if you are found not guilty, or your case is dismissed entirely. An arrest is not a conviction! You have every right to walk into court alone, plead guilty and try to put the whole incident behind you.

The trouble is you will feel the effects of this conviction for a long time. Why? Because your car insurance rates will go up, you will be on probation for a year, you may have to go back to jail, and a conviction stays on your background check for life – there is no DUI expungement is our state, not even for first time DUI offenders.

Will I Serve Jail Time After a DUI Conviction?

Since DUI is a criminal offense in Georgia, even a first-time offender can be sentenced to jail time up to 1 year. However, the judge may use his or her discretion to not award any jail sentence, and may impose probation instead. But in case of BAC over 0.08%, serving jail time of 24 hours is mandatory. A repeat offender may be facing 3 to 5 years of jail time depending on when was their last DUI  arrest was and how many DUI convictions they already have – typically over a 5-year-look back period.

What Happens to My Driver’s License If I Get Caught Driving Impaired?

Georgia’s Department of Driver Services (DDS) is liable for administrative suspension of license in any DUI case or otherwise. DDS can suspend your license even without any court hearing or conviction in cases of a BAC over 0.08% – if it is convinced that your driving was unsafe due to intoxication. In cases of any refusal to take the chemical test (breath, blood, or urine), DDS can immediately suspend your license for 1 year or more.

How Much Is the Court Fine For Driving While Impaired?

If you are a first-time offender, you are facing a minimum fine of $300, which can go up to $ 1000. A second time offender also faces fines of up to $1000. Other repeat offenders may have to pay fines up to $5000 if it is a 2nd or 3rd conviction within 5 years. The worst thing that can happen to a client is to have a first DUI case winding its way through the courts, and then get arrested AGAIN for impaired driving. Facing two DUIs at one time is a very difficult case to handle but we have been in this situation many times and have helped families recover and move on.

How Do I Get My License Back After an Impaired Driving Arrest?

To get your license reinstated, you’ll have to complete all the penalties imposed after your conviction including a mandatory alcohol education program which may be accompanied with counseling or treatment in cases of alcohol/drug abuse. Your license reinstatement will require you to produce certificate from an education program and complete the suggested number of  counseling sessions or therapy. These requirements, along with a$210 reinstatement fee, means you can get your license back. Early reinstatement is also permitted unless it’s a DUI Drugs case.

Were There Any Alcohol Containers In The Car (Open Container Violation)?

Driving in Atlanta with no considerable BAC level but an open or seal-broken can of alcohol may land you in a DUI case. However, you may be saved if the contents of the can are not removed even partially. Georgia laws prohibit opening or consuming any alcoholic beverage container in the car while driving on public highways, even in the passenger seat, unless it’s a transportation vehicle and the passenger area is separated from the driving area.

Can I Get an Ignition Interlock (Blow and Go Device) Installed?

An ignition interlock can be imposed on a repeat offender (repeating within 5 years of previous offense) to permit them limited driving. However, the court may not subject the offender to it in case the offender is unable to afford an ignition lock due to poor economic condition. 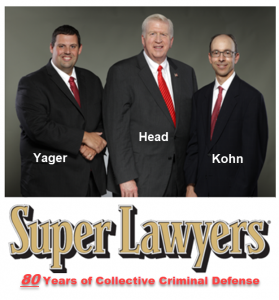 Bubba Head Specializes In DUI Laws And Provides You With Expert Legal Representation To Help You Get The Best Outcome For Your Case. Our Qualified Attorneys Help You Avoid Any Unjustified Penalties And Infringement Of Your Rights. If You or a Loved One Is Charged With Impaired Driving, contact us right away.