Atlanta Contractor with 0.20 Breathalyzer Test Found Not Guilty of DUI at Trial in the Atlanta Traffic Court

Not Guilty of DUI less safe despite having a 0.20 breathalyzer test 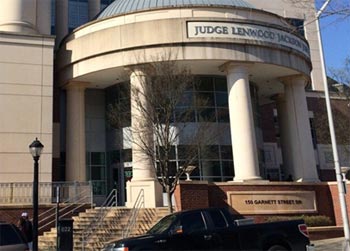 Defendant, a commercial contractor, was charged with DUI and driving without a current tag. Defendant submitted to three field sobriety test exercises, and the GA State trooper testified that the accused man did not pass any of the three tests. The Defendant was asked to submit to a portable breathalyzer test, which showed “positive” for alcohol.

After the DUI arrest was made, the GSP officer administered the breath test at the Atlanta police station. The results showed a very high BAC level of 0.20 grams percent – over double the legal limit.

The trial judge allowed the breathalyzer test results in evidence. After the jury was impaneled and the issue was joined (an important step, so that the prosecutor cannot dismiss and refile the case to cure a defect in the accusatory document), the DUI lawyer for the contractor made a mid-trial motion to limit the proof being offered as DUI less safe, and not DUI per se (over the limit).

The Atlanta prosecutor proceeded to trial on the Uniform Traffic Citation for driving under the influence, rather than type up and file in the Atlanta Traffic Court a formal accusation.

Because the handwritten DUI citation only accused the case as OCGA 40-6-391(a)(1), the motion sought to restrict any other type of DUI being discussed with the jury, since the DUI attorney for the Defendant had filed a pre-trial special demurrer that required a perfect accusation.

The trial (and pre-trial motions) took three days to finish. Bubba Head utilized co-workers as fact witnesses, and the former Director of the GBI’s implied consent testing section, Phil Hancock. Mr. Hancock talked about the accused’s exposure to glue and paint thinner while working on a construction job as well as from the smokeless tobacco that he kept in his mouth all day long (he swallowed the juice).

Because Hancock had conducted experiments which proved that the chemicals in smokeless snuff or chewing tobacco could actually cause a “false positive” reading on breath test device if any residue was in the person’s mouth, the fact that the trooper never inspected the DUI arrestee’s mouth before running the breathalyzer showed failure to follow proper testing procedures.

Another state trooper, Jack Denny, served as the Atlanta area breathalyzer compliance supervisor at that time. He was the Georgia official entrusted to check all Atlanta metro breath test machines to assure that they were working properly. Jack also testified that all state certified breathalyzer operators were trained to not offer a breath test to any DUI suspect if he or she had any substance (such as tobacco or gum) in his or her mouth.

Trooper Denny also explained how a construction worker gluing plastic plumbing pipes could be exposed to the noxious paint fumes or similar volatile chemicals found in industrial glue. The hydrocarbons in those fumes could be “misread” by the breath testing device, and print out an additive result.

The testimony of the arresting officer and other co-workers at the construction site were questioned by Mr. Head about the clothing, shoes and interior of the pick-up truck smelling of paint thinner and other paint materials. To his credit, the accused man told the Trooper who arrested him that he was in the middle of a construction job, since he was pulled over after leaving the work site.

Also, one co-worker who testified that at the Atlanta trial stated that he and Defendant were working side-by-side on the day in question from 8:00 a.m. to past 5:00 p.m. and that Defendant did not consume any alcoholic beverages on the job or smell like alcohol. Defendant was stopped at 6:32 p.m. Under cross-examination by the Atlanta solicitor, the co-worker said that in the four years he had known and worked with Defendant he had never known the contractor to consume alcohol.

The jury was not out but twenty minutes before deciding that the building contractor did not violate the DUI less safe law, under OCGA 40-6-391. The current Atlanta Municipal Court building at 150 Garnett Street, Atlanta, GA 30309, was named after the trial judge, Lenwood Jackson. It was the first court building in Georgia history named for an African-American within the State of Georgia.