A DUI Refusal Case for A Clemson Student

Athens, Georgia is a college town that is nationally known for its SEC football team, the Georgia Bulldogs. This town is where former DUI lawyer Athens GA William C. “Bubba” Head attended undergraduate school, and law school, and began his private law practice.

Mr. Head began his career representing clients as an Athens criminal defense attorney in 1976. He handled hundreds of drunk driving cases in Athens-Clarke County and surrounding counties in northeast Georgia, before moving from Athens in January 1991 to metro Atlanta GA, Fulton County, to continue defending other citizens facing a DUI in Georgia.

Long after moving from Athens, Georgia DUI lawyer Bubba Head was hired to assist a young student who attended Clemson University following his DUI arrest on Clayton Street, which is a one-way street in downtown Athens. The arrest occurred after a Georgia-Clemson game in Athens. Mr. Head’s name was given to the client by legendary DUI attorney Ronnie Cole, an Anderson, SC DUI lawyer and co-author of a South Carolina DUI law book.

The Officer Had Articulable Suspicion to Stop the Vehicle

The male client, a 21-year-old Florida resident, was attending Clemson University. He was permitted to have the adult DUI legal limit and likely would have been under the legal limit if he had submitted to the breathalyzer test. He was stopped by Athens GA police in the predawn hours for “no tag on the vehicle.” His temporary tag on the new car had been propped up in the rear window area, but had fallen and was no longer visible until he had walked up to the side of the car and saw it on the back window shelf. But the officer did HAVE a good faith belief that this was a “no tag” case when the blue lights were activated. No Fourth Amendment violation occurred here based upon this articulable suspicion of the pullover.

Once the officer walked up to the car, the tag was observed. Before exiting the patrol vehicle, the law enforcement officer ran the usual checks for prior criminal activity and later ran the young driver’s license to make sure it was valid.

This observation led to a request that the young man exits the car and do some roadside agility tests. The defendant was very cooperative with the police officer and was unaware that he had no legal obligation to perform the scientifically-unreliable sobriety field tests.

This case could have never happened, but (after the officer smelled alcohol on the driver’s breath once the car window was rolled down) the field sobriety tests were offered by the Athens police officer. DUI charges for DUI alcohol “less safe” under O.C.G.A. 4-6-391 were made, but the facts and circumstances surrounding the roadside sobriety tests would be the focal point of the case.

The client was arrested and was read the Georgia implied consent law “notice.” This legal advisement tells an arrested DUI driver that he or she is being asked for a post-arrest chemical test of blood, breath, or urine. This Florida licensee refused to take the breathalyzer test at the police station. At that time in Georgia, no statute was in place to authorize blood tests by way of a judicial search warrant, such as the DUI law passed in 2006. 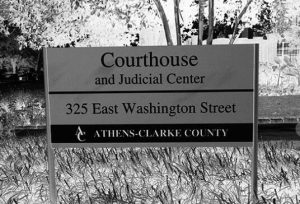 Originally booked into the Municipal Court of Athens, the case was later transferred to Clarke County State Court. The client in this State Court case had no prior DUI convictions but did not want to put a DUI first offense on his driving history. Georgia DUI laws lack any chance of EVER expunging such convictions, and the parents of this promising student were looking for the best lawyers in Georgia to find a way to beat this driving under the influence case.

However, the client was concerned that his out-of-state residency and his status as a Clemson student would hurt his chances to win at trial. Mr. Head advised him that jurors in Athens GA are among the very best in the State of Georgia at acquitting accused citizens if they are shown to be telling the truth at trial.

Trial Report of This Athens DUI Case Alleging a Refusal

DUI attorney Bubba Head, who regularly tries cases in Athens GA, and the surrounding counties, knows that (outside the metropolitan Atlanta area) Athens Georgia is one of the top locations for the number of DUI arrests, in large part due to the many sporting events that draw large crowds to the Clarke County GA area.

After being hired to fight the drunk driving charge, Mr. Head investigated the case, including the extent of the officer’s training. Because the client had refused the implied consent breath alcohol testing, the primary evidence was the field sobriety test evidence from the night of this police encounter. The trial judge at this State Court of Clarke County trial was Kent Lawrence.

A review of the Georgia P.O.S.T. (the law enforcement training center in Forsyth, GA) record for the officer, showed he had only marginal training in administering field sobriety tests. In a pretrial suppression motion, the officer admitted that he had learned field tests from another police officer whose grasp of field testing was poor, at best.

The three roadside field sobriety tests given included saying the English alphabet from “F” to “F” (yes, start with “F”, go to the end and start over and go back to “F”), a finger count test wherein the five fingers of one hand were supposed to be counted by touching the thumb to the four fingertips of the fingers on the same hand and to repeat this exercise. 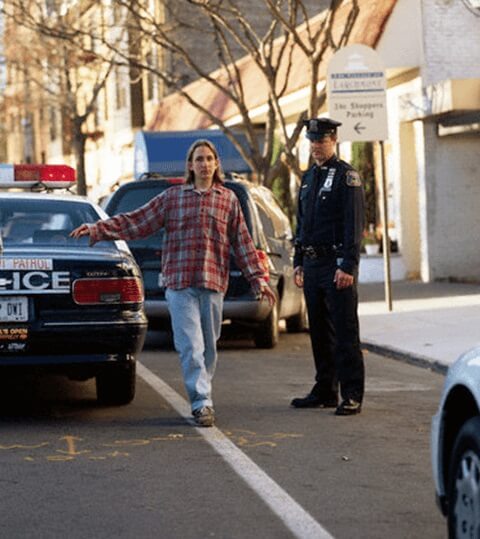 Next, a walk-and-turn-type test was done with about half of the proper instructions for the evaluation (if done in accordance with the NHTSA standardized field sobriety test 3-test battery). In addition, Mr. Head pointed out that the young officer gave a defective demonstration of what was needed to “pass” the field test. To question the field test evidence, even more, the officer’s police report showed that the defendant reported to the officer that he had “bad knees” from his high school soccer injuries.

The officer told the jury that the defendant failed all the “homegrown” field sobriety tests, although the police officer admitted that he had no standardized scoring system, other than his own general, subjective perception of the performance of the defendant. Cross-examination by DUI lawyer Head revealed that the officer had no real guidelines of “pass-fail.” The young officer was particularly tough on counting off for alleged manifestations of impairment which, he had not instructed the defendant, were part of these tests. In a nutshell, unless the Clemson student did everything perfectly, this was going to be a DUI arrest.

The arresting officer had given the client Georgia’s implied consent law notice after cuffing him for the DUI arrest. Mr. Head filed a pretrial motion, seeking to exclude the alleged refusal to take the State’s breath test, using existing cases from Georgia’s appellate courts to request suppression of the alleged refusal.

The basis for the requested exclusion of the DUI refusal was that the implied consent advisements were deficient under Georgia case law. This exclusion was due to not advising the defendant, as a non-resident licensee, that his driving privileges in the State of Georgia would be impacted by his decision to either be breath tested or to refuse the test under then-existing Georgia implied consent law [State v. Coleman, 216 Ga. App. 598 (1995) and State v. Renfroe, 216 Ga. App. 709 (1995)].

That version of the GA implied consent warning read to Mr. Head’s client was incorrect since the defendant had no prior DUI convictions, and prior to that date, the advisement given was only applicable to repeat offenders. The Athens GA judge for this case, Kent Lawrence, of the State Court of Clarke County, excluded the refusal evidence from being put into evidence before the jury at trial. The Renfroe and Coleman cases, along with an appeal won by Mr. Head called State v. Leviner, assisted the client in having this refusal thrown out.

At trial, the defense called the defendant’s dance companion from that evening, a 22-year-old female friend from his high school in Florida. She was now a UGA student and had been with him the whole evening, and testified that neither of them had any alcohol from about midnight until the traffic stop at 4:32 a.m. This stoppage in drinking was partly due to ordinances in Athens (at the time) which had an early closing time.

Because this case had no video evidence, DUI attorney Bubba Head also had the client testify in the case. His testimony indicated that from 6:00 p.m. to midnight, he had five drinks at a bar, with no other alcohol consumed after they went to the 40 Watt Club at midnight to dance. No more alcohol was consumed after leaving the bar where they had eaten, which meant that virtually all of the alcohol in his body would have dissipated, and he would have had a low BAC level.

Bill Taylor’s evidence of “no provable correlation to impairment” along with the client’s admission that he had five drinks many hours earlier was what Mr. Head focused upon in the closing argument. The jury deliberated for 35 minutes before returning a not-guilty verdict on the DUI. This verdict kept the client from having a DUI first offense on his record. This victory was added to Mr. Head’s many case wins, which are usually obtained by knowing more than the police officers about their training.

If you have a pending criminal case in Athens for impaired driving (DUI), underage possession of alcohol, or Georgia drug possession, in Athens Municipal Court, Athens-Clarke County State Court, or ANYWHERE else in the state of GA, call Bubba Head at 404-567-5515 or toll-free at 1-888-DUI-HEAD [1-888-384-4323] for a FREE PDF copy of his 430-page DUI book for clients, plus a FREE case evaluation by Mr. Head, and learn how to avoid a conviction in your criminal case.

Or, you can email DUI lawyer Mr. Head your case information (readable copies of all paperwork from the DUI arrest) at his office address: wchead@criminaldefensematters.com, for a quick return call from his DUI law firm, to set up an appointment with him or his other two partners, who are also award-winning criminal defense lawyers. When considering DUI lawyers near me, look at the experience of ALL lawyers in the Athens courts.

Because a DUI conviction never comes off of your criminal history – pleading guilty to DUI is a huge mistake, if you have any chance to win. Even if you have taken an Intoxilyzer 9000 breath test, don’t give up! Look at the credentials of William C. “Bubba” Head, and you will see why other DUI attorneys across Georgia refer over half of his cases each year when they want one of their relatives or friends to have aggressive and dedicated representation.