Clients call our law office to ask if our criminal attorneys can get their reckless driving ticket dismissed. Depending on the facts, a reduction may be possible, but total dismissal is rare. A simple speeding ticket is far better than racing, driving erratically, or trying to elude a law enforcement officer and Rapper Lil Baby discovered in February of 2019.

What is reckless driving in Georgia?

Reckless driving in GA is generally a misdemeanor traffic ticket, that can be a standalone traffic citation. When a traffic accident occurs, however, reckless driving can be the predicate serious driving violation that can trigger related felony charges like a homicide by vehicle, vehicular feticide, or causing serious bodily injury to another by virtue of driving recklessly.

All types of highway emergencies can be created when reckless driving occurs. Other drivers trying to avoid a collision may strike another vehicle or pedestrian, due to a different vehicle’s recklessness. If you were the at-fault driver whose carelessness created an emergency for others, even if no damage occurred to your vehicle, felony or misdemeanor charges may be accused when you were engaged in reckless driving in Georgia.

Reckless driving in Georgia is categorized, under Georgia traffic laws, as a serious driving offense. Of all the serious traffic violations, it is the only one — that if only a misdemeanor is involved — does not trigger an automatic suspension of a Georgia driver’s license.

How Much is a Reckless Driving Ticket in Georgia?

The law was changed in 1990 not to require license suspension. Before that legislative change, Georgia law did take away the person’s right to drive. As is stated below, drivers under the age of twenty-one years DO get suspended, if the case is a reckless driving conviction. 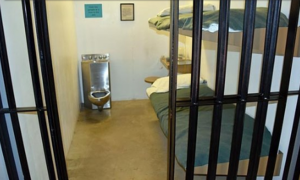 Significantly, fines and surcharges exceeding $1000 can follow a conviction for reckless driving. Jail for up to one year is usually handled by probation for up to 12 months, but this probation is customary, not mandatory. Community service hours are also generally part of the reckless driving probation sentence, and terms. Plus, most Judges order that NO ALCOHOL can be consumed by the person convicted, while on probation.

These special cases and factors emphasize the absolute necessity to hire the best DUI attorney with full knowledge of your traffic court, and the “players” who run the court, such as the Judge who will handle the case as well as the assistant DA or solicitor (prosecutor) of that court.

What Is the Punishment for Reckless Driving Ticket for Drivers under the age of 21 in Georgia?

If the plea is entered before the person’s 21st birthday, then he or she suffers a 6-month loss of license, for a GA reckless driving conviction or nolo contendere plea. For these underage drivers, whose arrest was originally for driving under the influence, the DUI lawyer has now negotiated a favorable plea deal so that the client has the DUI reduced to reckless driving, Many parents are willing to see this suspension be imposed to keep a DUI off their child’s criminal record.

Consequences of Reckless Driving in GA

How Many Points Do You Get for Reckless Driving in Georgia? 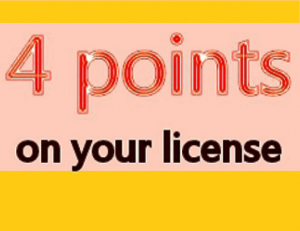 Four (4) points will be tacked onto your Georgia Department of Driver Services record, for a conviction. A nolo contendere plea, for age 21 drivers, and older, does not put any points on license, if the Judge allows the use of a nolo plea to reckless driving for reduction of points.

Out-of-state motorists will have to deal with THEIR state’s DMV-DPS-MVR office, as to the issue of points, and most states have either a mandatory suspension or 6 points, for a reckless driving conviction. The DDS Georgia office will transmit proof of the conviction or nolo contendere plea to your home state. This can be problematic, costly, or can take away your driving privileges.

Can a Reckless Driving Conviction Be Expunged?

No. Once convicted, reckless driving expungement is not possible. By the accused reckless driver going to trial, and getting acquitted, the criminal record can be cleared, and the criminal offense removed from your driving history.

When you or a loved one is in jail for a reckless driving ticket, the sooner we can get involved, the more likely we can help protect the criminal case. Jailers and police will question drivers in car accident cases since most drivers don’t know their legal rights. Our Miranda rights, including the right to remain silent, and not self-incriminate, are important, but police are good at getting people in custody to WAIVE this right and talk to them. This tends to be true for YOUNG drivers facing criminal trouble for the first time.

Plus, phone calls to or from the jail, to or by a jailed person are NOT private calls and are being recorded. While most misdemeanor reckless driving tickets allow bonds to be posted, every felony case predicated on reckless driving (if convicted) requires STATE PRISON time. Hence vehicle accident cases, where a felony reckless driving “predicate” serious driving offense is a possible basis for bringing a felony charge is an EMERGENCY, at our traffic lawyer’s office. 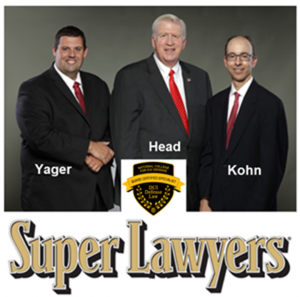 Board-certified DUI defense attorney Atlanta, William C. “Bubba” Head, and his law partners, Larry Kohn and ex-cop Cory Yager are all legal book authors in the field of criminal defense. Mr. Head has received more annual legal industry recognitions for serious traffic ticket defense than any other attorney in Georgia. The law firm’s partners are highly rated by Super Lawyers and other attorney rating services. Since ALL traffic ticket offenses in Georgia are CRIMES, our Atlanta GA lawyers are here to assist in favorably resolving the reckless driving or other traffic ticket case.

With many youthful drivers, and family auto insurance rates at stake, a parent of a teen or college-age driver understandably wants to keep a serious driving offense like reckless driving off his or her child’s driving history.

Call our Atlanta attorneys at 404-567-5515 and talk to a DUI attorney with our traffic ticket attorney Atlanta firm. What do you LOSE by getting FREE legal advice from our Atlanta GA lawyers with over 550 Five Star ratings with AVVO.com?

No other law firms in Georgia handling traffic ticket defense (especially for a DUI in Georgia) have received more best legal rankings and attorney ratings in Georgia. Plus, our law partners have top client reviews and lawyer ratings that exceed other firms with the same number of traffic ticket attorneys.

A reckless driving charge in Georgia can destroy your driving record and cost you thousands of dollars in fines, penalties, and higher auto insurance rates. If you have been cited for a reckless driving violation in Georgia and are looking for an aggressive and experienced attorney to represent you and get your ticket dismissed, give us a call.