Georgia DUI laws are made up of many separate components. The penalties for DUI are not merely criminal, since a person can suffer a one-year administrative law total loss of driving privileges under implied consent laws in Georgia. This occurs by missing the 30-day deadline to file an administrative license suspension appeal or opt for the ignition interlock device option for one full year under OCGA 40-5-64.1.

Above, the abbreviation “OCGA” was used. This stands for the “Official Code of Georgia.” Within dozens of separate code sections, all the DUI consequences (pertaining to suspension or revocation of license to determining when is a DUI a felony in GA) are written. 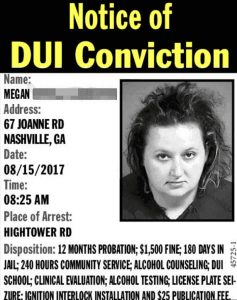 All topics relevant to DUI convictions are criminalized under multiple sections of Georgia laws pertaining to motor vehicle offenses. Everything from the legal alcohol limit in GA (for various types of drivers) to components of the minimum possible sentence for DUI are included.

In addition, (in the criminal case) being convicted of a DUI in Georgia can result in the loss of a driver’s license. That suspension period for the criminal conviction, for a first offense DUI to a fourth DUI felony, runs from 12 months (1st D.U.I. in 5 years) to five (5) years (4th DUI within 5 years).

A DUI offense in Georgia may be from alcohol or drug impairment, or from marijuana, inhalants, noxious vapors, designer drugs, and even by your own prescription drugs. As you will read below, the new emphasis on blood testing after a DUI is creating more DUI-drug prosecutions.

The following criminal law punishments and penalties for a first DUI will be imposed if convicted of a DUI in GA. If our lawyers for DUI can obtain a reduction of charges, which is most commonly a DUI reduced to reckless driving, then the imposition of less severe penalties is possible.

Most important of all the benefits of fighting and beating a DUI is the fact that you do not have a lifetime criminal record of DUI with which to contend. Without a doubt, this is the objective of our DUI defense attorneys’ aggressive handling of your DUI prosecution.

Below this explanation of DUI 1st penalty is a DUI CHART of all other repeat offense DUI charges in GA. The language of the DUI law of GA under O.C.G.A. 40-6-391 can be found at this link. The wording of Georgia’s laws contains provisions on “less safe DUI” and “per se DUI,” or being over the legal limit. 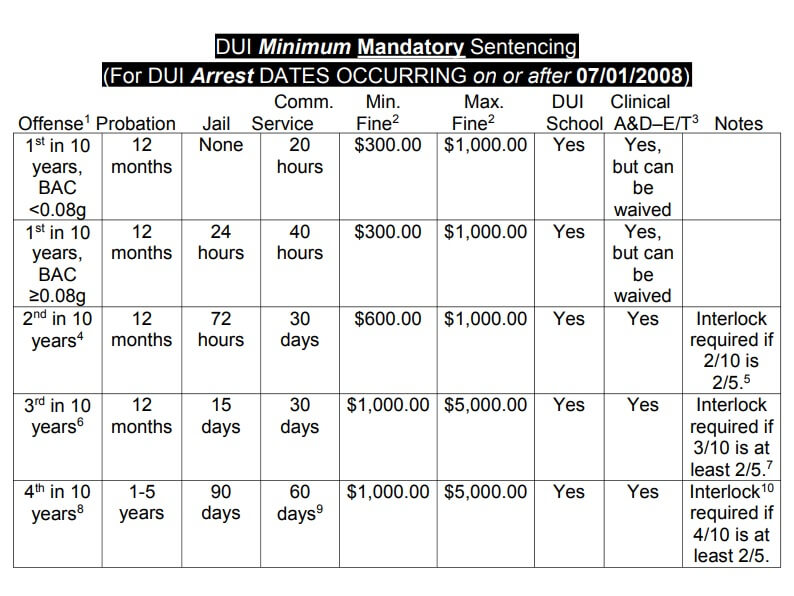 Georgia implied consent laws are DUI-related administrative license suspension statutes that seek to legally compel a suspected drunk driver to take the post-arrest forensic test or lose the right to drive. Citizens arrested for DUI in the Peach State are now being asked to submit to a blood extraction, and not a breathalyzer test. No other state in the United States (for a DWI-DUI alcohol case) is demanding blood alcohol testing more often than the State of Georgia.

As a result of an increase in forensic blood collection, extractions were used in about 90% of DUI arrests in 2020. A consequence of blood analysis is that more DUI drug cases are now being prosecuted since blood testing reveals all substances in the person’s body. The Intoxilyzer 9000 forensic alcohol breath test only quantifies breath alcohol.

Plus, due to an increase in judicial search warrants, a DUI refusal case is rare in most counties. Electronic (or telephonic) applications for warrants can be sent to a judge’s home computer. Then, the affidavit by the arresting officer is reviewed. Additionally, the Judge can question the officer during this virtual call, and the blood warrant can be granted within 30 minutes.

The request for this more invasive type of testing is the result of the Georgia Legislature passing new GA DUI laws in 2019. This legal update occurred on April 28, 2019, following the Elliott v. State case being decided by the Georgia Supreme Court in February of that year. The wording under OCGA 40-5-67.1(b)(2) was altered.

How Long Does a DUI Stay On Your Record in the State of Georgia?

Forever. Convictions for all DUIs in Georgia cannot be expunged, be subject to a record restriction, or be diverted. This factor alone justifies hiring the best DUI lawyer near me to fight your case.

The State of Georgia utilizes two “lookback” periods for determining mandatory INCREASED punishments, like jail time, community service hours, and loss of driving privileges. Both distinct time frames relate to date-of-arrest date-of-arrest, in Georgia. These are: 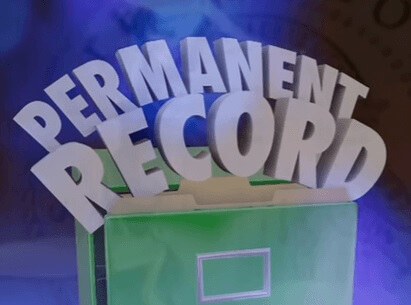 These lookback periods in NO WAY affect the fact that your DUI is a lifetime criminal record. It will haunt you in more ways than you can imagine. Mr. Head created a list of the 97 DUI Consequences conviction over 2 decades ago.

William C. Head is also co-author of The Georgia DUI Trial Practice Manual, which he originally self-published as the sole author in 1995. Today, publishing rights have been transferred to Thomson-Reuters, the world’s largest legal book publisher.

Because many accused citizens doubt that they can win their DUI case, our lawyers in Atlanta offer a FREE lawyer consultation for DUI consequences discussions. This preview of the good points and bad points of your case usually shows you what our expert DUI lawyers see that you may not have noticed.

Of course, the FREE consultation can only go so far, since over 90% of all DUI arrests are videotaped on the roadway and on your ride to jail. Once hired, our attorneys in Atlanta often find many MORE ways to fight and possibly win your DUI case.