Famous Criminal defense Attorney is a well-defined type of law practice in America. This is due to our American legal justice system having “proof beyond a reasonable doubt” for criminal cases, which is the highest standard of proof in the legal world.

Some of our nation’s most notable criminal defense attorneys have only gained notoriety due to the advent of modern media (radio, television, cable news, Internet). But the best attorneys defending criminal cases dates to the earliest years of our nation, and history books have preserved only a few of the most widely publicized trials from the 1700s and 1800s.

Drunk driving was only created as a crime in the 20th century. Today, a DUI defense lawyer is one of the most sought-after types of criminal defense lawyers in America, whether the case being accused is a felony or misdemeanor.

Call today (404) 567-5515 for your FREE lawyer consultation over the phone or at one of our 4 metro Atlanta law offices.

Only one prior President was known for his prowess in fighting felony and misdemeanor cases — Abraham Lincoln. Abraham Lincoln practiced criminal law in Illinois and defended many murder trials. The book can be found on Amazon, if you are a history major, or just love trivia. 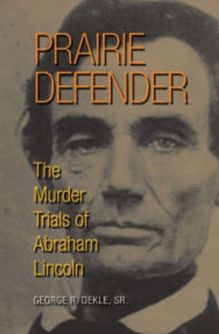 One person, who researched Lincoln’s criminal law cases, wrote a book about the many homicide trials he defended. Here are some quotes from Lincoln on defending citizens charged with crimes.

Criminal attorneys across the ages, who usually defended felony cases including murder, gained local and (sometimes) national notoriety, for their criminal defense skills. Clarence Darrow, Jake Ehrlich (50-year veteran of criminal trials in the 1920s to 1950s and author of “Never Plead Guilty”), 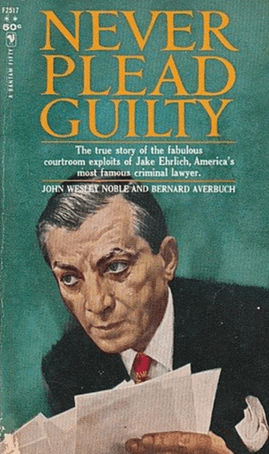 Bubba Head’s commitment to criminal defense started in the 1970s, when he joined the Georgia Association of Criminal Defense Lawyers (GACDL). At his first criminal defense law seminar, Bobby Lee Cook was the keynote speaker. From that day forward, handling criminal defense in Georgia became a top practice area for Mr. Head.

Since 1995, he has been a Life Member of the Georgia criminal defense lawyers’ association. Within a year of that Life membership, he also became a member of NACDL, the National Association of Criminal Defense Lawyers, and is now a Life Member of that national criminal attorneys group formed over two decades ago. 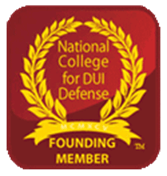 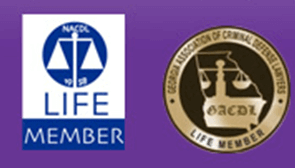 That initial organization meeting occurred in conjunction with Mr. Head’s launch of yet another DUI law, advanced trial skills seminar. This was the inaugural Mastering Scientific Evidence in DUI-DWI Cases seminar, which has met annually since 1994.

Both the College and the MSE program have helped advance the level of criminal trial training for those who regularly attend and utilize the trial practice tips shared with the DUI defense attorneys.

Other Criminal Cases That Our Law Firm Accepts

While Mr. Head and his law partners have handled all types of criminal law cases, as listed below. This includes murder, embezzlement, to racing and speeding, the reputation of the Atlanta lawyer as a successful criminal defense attorney Atlanta has been honed for fighting Georgia vehicular homicide cases, drunk driving and drugged driving cases, sleep driving, serious bodily injury GA cases, and hit and run GA cases.

Why This Emphasis on Alcohol, Drugs, and Motor Vehicle Homicide Cases?

The answer is simple. Neither Mr. Head nor either partner has ever prosecuted cases, nor been a public defender. Thus, our attorneys near me only handle cases where our clients can pay a legal fee. That fact, when combined with the fact that over 90% of all murder, aggravated assault, burglary and other violent crimes are handled by FREE lawyers (appointed by a court at state expense) or public defenders, means we stick to private practice.

Hardly ever do we see a client’s family willing to pay private criminal defense attorneys to represent a family member incarcerated for these types of very serious felonies.

Despite many criminal felony cases going to court-appointed lawyers for criminal offenses, each of our criminal justice attorneys have dozens of other criminal cases (from the 10% or so of the clients or families of clients who can afford to hire the best lawyers in Atlanta), on their shelves that have no connection to alcohol, drugs or DUI. Our Atlanta criminal defense attorneys near me also handle the following types of criminal cases, felony or misdemeanor:

As a Life Member of both NACDL and GACDL for over 20 years, he has been involved with the growth and development of both criminal defense attorney organizations. DUI attorneys from every state know Bubba Head, and regularly call upon him for assistance in handling criminal defense litigation in courtrooms across Georgia.

With the rise of AVVO to its current position at the top of the best lawyer directories, Mr. Head and his partners have garnered over 540 5-star CLIENT reviews. Compare any lawyer ratings for competing Atlanta lawyers, and we will come out on top, if the other firm can also match other critical credentials.

No other law firm in Georgia, in any practice area, has its average PARTNER attorney ratings showing an average of over 170 five-star client ratings with AVVO. In addition, over 135 other practicing attorneys from over 30 states have posted praise for Bubba Head on his AVVO site.

If you need an expert Georgia DUI attorney near me to help you save your license and obtain the best outcome in a GA DUI case, contact our Atlanta DUI defense attorneys. Law partners William C. “Bubba” Head, Larry Kohn, and Cory Yager are all DUI lawyers who travel the State defending DUI GA cases from their Atlanta law firm. 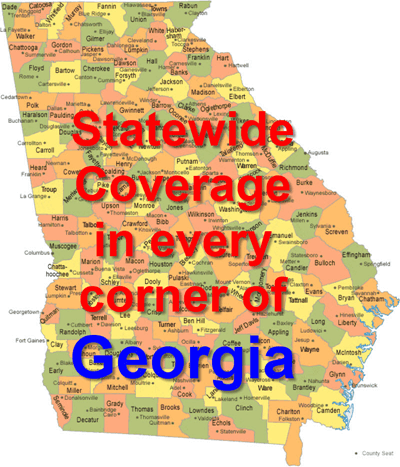 Most people facing drink driving know that a conviction will be devastating, and would love to hire a DUI lawyer who knows how to beat a DUI. But (until Mr. Head published this landmark book on defending driving under the influence cases in 1991), most citizens facing DUI in Georgia had a hard time imagining that over 100 ways of doing so may exist.

Georgia DUI attorney Bubba Head is THE “go to” criminal defense attorney for “bet the farm” Georgia cases involving driving under the influence of alcohol or drugs, whether DUI less safe or for taking a breathalyzer and being over the legal alcohol limit. When charged with any accident cases involving felony or misdemeanor accident cases, or child endangerment, you need to hire the most experienced and best qualified DUI lawyers near me.

Being involved in a DUI accident and facing up to 15 years of state prison time, for possible felony DUI, is a life-altering personal disaster. A DUI felony involving a wreck or pedestrian accident, where serious injury Georgia or a vehicular homicide Georgia are being accused, must be defended aggressively and with an eye toward keeping you out of state prison, if possible.

For over 28 years, DUI lawyer Atlanta William C. “Bubba” Head has authored or co-authored more than a dozen books on drunk driving defense and criminal law. This extensive knowledge of drunken driving laws, DUI penalties, and (most importantly) how to beat a DUI is what sets apart Mr. Head and his law partners from the CROWD.

More than 500 Georgia lawyers claim to practice drunk driving law in GA. Because fighting DUI cases is so rare, in 1991 Mr. Head wrote a book on how to beat a DUI in court and other important legal services. 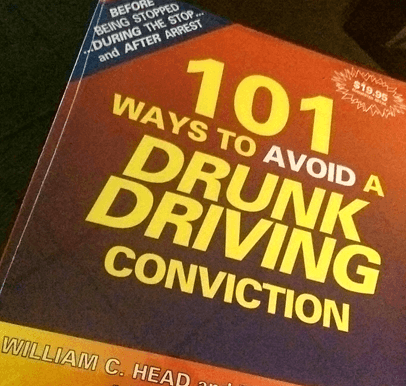 If you are looking into the backgrounds and credentials of other Georgia attorneys, compare any of them to our DUI law firm’s 20-year veteran DUI lawyer Atlanta Larry Kohn, OR ex-cop Cory Yager, who has been a criminal defense lawyer and Atlanta DUI attorney with Mr. Head for almost 13 years.

You will immediately see what distinguishes our three partners from the cheap DUI lawyers or average DUI lawyer candidates in Georgia. and what maintains our edge over most other DUI attorneys in Atlanta. By way of example, in 2016, both Mr. Yager and Mr. Kohn were invited to become legal book authors, for criminal defense law chapters in separate national drunk driving lawyer books on DUI trial practice. Our Sandy Springs DUI law firm is located at the top of the Perimeter in The Prado shopping center off Roswell Road. Call (404) 567-5515 and speak with our friendly staff about setting up your FREE consultation. Our phones are answered by a live professional 24/7 and our criminal lawyers will give you sound legal advice. 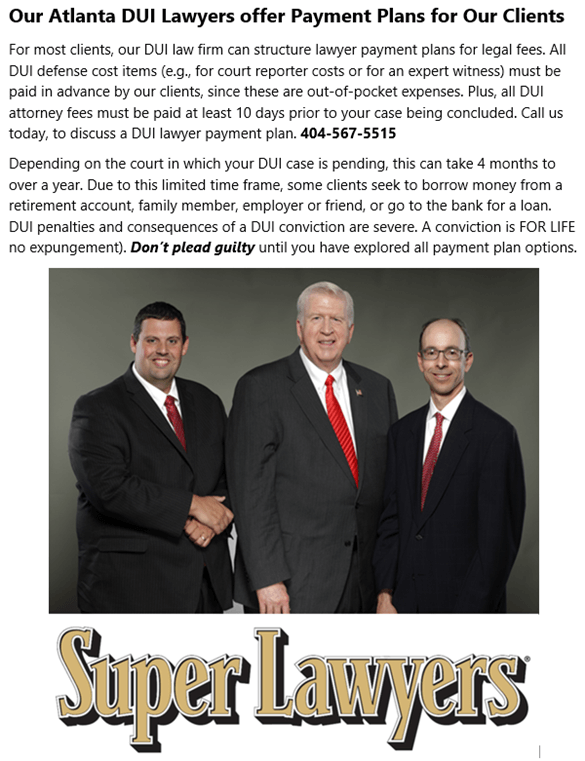