The Super Speeder Georgia law was enacted at the urging of former Gov. Sonny Perdue in 2010. As one of the most traveled routes to Florida, violations of the speed limit are daily and problematic. Peach County, Coweta County, Dooly County, Bartow County, Cook County, Douglas County and Pulaski County are some of the many heavily traveled, rural court jurisdictions for getting a traffic citation from a police officer. Plus, the 4 metro counties of Fulton, DeKalb, Gwinnett and Cobb see police writing the most tickets, due to sheer volume of vehicles.

The General Assembly, which was controlled in both houses of the Georgia General Assembly by a supermajority of Republicans, easily passed the bill for the Republican governor. Although touted as a possible source of funds for rural hospitals, super speeder GA is nothing more than a means of collecting extra taxes from high-speed traffic ticket scofflaws who flaunt posted Georgia speeding ticket laws. Speeding tickets in Georgia are a huge source of income for many small counties and cities.

Our law partners include Cory Yager, a Martindale-Hubbell highest rated Atlanta lawyer, and ex-cop who wrote over 1000 speeding tickets over his law enforcement career of almost a decade. In addition to Yager, Best Lawyers in America Atlanta attorney Larry Kohn has experience from over 20 years of handling traffic tickets and has represented nearly as many speeders in Georgia.

What Is Super Speeder in GA?

The super speeder Georgia provisions apply to ALL “super speeders” traveling at excessive speeds on Georgia roadways, as defined under the Georgia Super Speeder statute (as codified in OCGA §40-6-189). The perceived unfairness of this new tax grab law has led to many citizens now hiring a traffic ticket lawyer to represent them, to try to lower the “miles per hour” showing on the speeding ticket in Georgia. Some out-of-state drivers who plead guilty or use online ticket paying services ignore the letter from Georgia DDS in GA demanding MORE money. 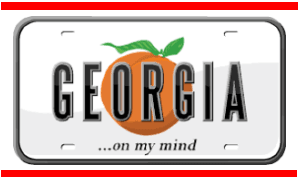 The effort of hiring an attorney to minimize the impact of a high-speed traffic ticket could affect people’s lives and businesses since states like Virginia and North Carolina have draconian laws to suspend drivers with excessively high traffic violations for speeding. Plus, in states like South Carolina with an integrated car insurance law (tied to your driver’s license and “points”), every ticket on your driving record boosts your automobile insurance rates, which can be thousands of dollars a year for such a high-speed conviction.

The Law on Super Speeder GA Applies to All Drivers

Both motorists with an out-of-state driver’s license and in-state motorists with a Georgia driver’s license are treated the same by the new super speeder Georgia law, for a high-speed Georgia speeding ticket. Instead of searching for “traffic lawyers near me,” many people pay tickets online and never consider the benefit of having a local traffic ticket attorney handle their problem. 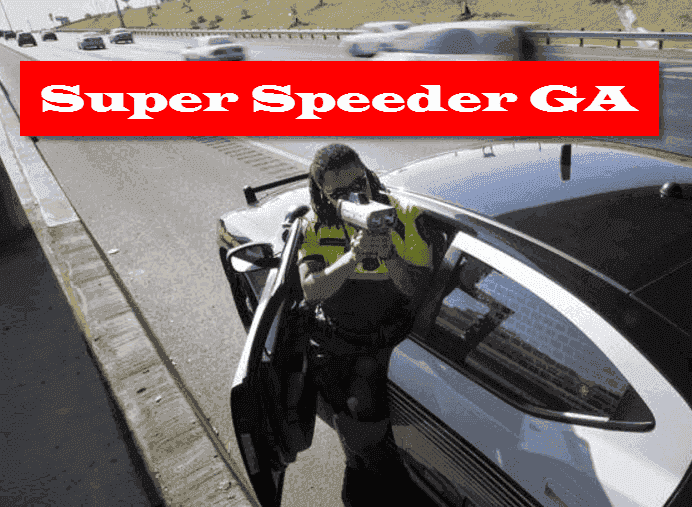 Many times, this oversight leads to non-payment of a speeding ticket in Georgia, or non-payment of the extra “tax” penalty under the Georgia super speeder law. This lapse causes the driver (once the misdemeanor traffic ticket is entered on the GA DDS computer) to be suspended in Georgia.

This status creates problems for both Georgia licensed drivers and those super speeders licensed in other states. Perhaps in 2011, the super speeder from another state traveled through Georgia and got pulled over for a speeding ticket in Georgia. That person simply ignored the letter requiring another $200 to be paid, thinking that it was a scam or that the law was outrageous. Then, the same driver later gets stopped by police when passing back through the state. Guess what happens next?

Many people wonder, “Can you get arrested for speeding?” This super speeder driver who does not pay up, regardless of why he or she was pulled over the second time, is going to jail for non-payment of that super speeder ticket. They’re going to jail because he or she is showing as “suspended license” on the GA DDS records, even though this driver holds a driver’s license in another state.

This “suspended license” status on the Georgia Department of Driver Safety computer authorizes the next police officer that stops you to cuff you and place you under arrest. The arduous process for getting a reinstatement of your driving privileges at DDS Georgia can take days or even a week or more.

This law was supposed to fill the state coffers with lots of cash. However, many non-resident drivers who get popped with a notice of the GA super speeder penalty simply ignore the written notice from Georgia DDS that is sent to them after they have settled their Georgia speeding ticket in criminal court. A news article in 2015 showed that about half of the original projection of raising $23 million annually was being collected from these speeding tickets in GA.

What is Speeding Ticket Cost Before a Super Speeder Tax?

A Georgia speeding ticket can cost over $1000 (fine plus surcharges) in some courts around Georgia before the GA Super Speeder law assessment is added. Several municipal courts along I-95 in the coastal Georgia area are notorious for these draconian Georgia speeding ticket fines. Plus, many drivers pulled over face added criminal charges such as:

Regardless of the speeding ticket cost, the super speeder GA law calls for a “tax” to be collected AFTER the conviction is recorded, and that conviction is sent to the Georgia Dept. of Driver Safety (the GA DMV). This article is written to explain why ignoring the new notice of the “super speeder Georgia” additional tax of $200 can be a costly and embarrassing mistake. 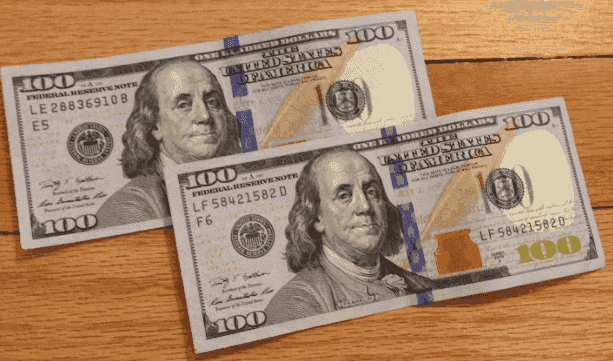 How Is a Driver Notified of the Super Speeder Law Georgia? 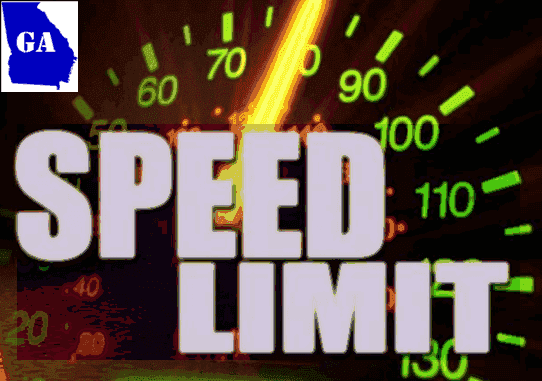 Under this law, a driver is only notified by U.S. Postal Service delivery of a first-class letter from DDS Georgia.  Each super speeder receives a letter from the GA DDS advising that they now owe $200, payable within 90 days of receipt of the letter. Other provisions of Georgia law state that “receipt is presumed” since the letter was sent to the address shown on your GA speeding ticket.

If you do not pay the super speeder fine within that time, the Georgia driver’s license (or privilege to drive in Georgia, for out-of-state licensees) is suspended. This suspension creates major driving and inconvenience issues for many people and requires an additional $50 penalty to clear up this suspended license situation.

Hiring a Traffic Attorney Near Me to Handle a Speeder Ticket

To find a traffic attorney near me, call our law office. Our Atlanta criminal defense attorney law firm, with three Super Lawyer partners, handles Atlanta area traffic tickets for those motorists who have too much to lose and risk a suspended license by pleading guilty to a super speeder ticket in Georgia.

If the case is OUTSIDE metro Atlanta, our attorneys in Atlanta can connect you to a “traffic ticket lawyer near me” from our network of over 20 law firms across Georgia. Dial 404-567-5515 for a FREE lawyer consultation near me and let us explain how our Georgia criminal attorneys (and a network of other criminal defense lawyers in 20 other cities) can assist you with a super speeder GA case.