What Is the Romberg Test?

Named after a 19th-century German neurologist, the REAL Romberg test has nothing to do with DUI or impaired driving. Instead, the medical field uses it (not in POLICE work) to test a patient’s ability to maintain “normal” balance while standing in a specific manner.

Proprioception is the ability to use our sensory and vestibular functions (eyes, balance, and our inner ear cochlea or “gyroscope”) to know where our body is in space.

The Romberg test is a two-phase standing test. German neurologist Moritz Heinrich Romberg developed this test after discovering common symptoms of “sensory ataxia” in many patients.

He developed and simplified two similar balancing tests that helped physicians to identify possible severe illnesses and diseases, or eliminate those problems by showing a lack of imbalance when the person had his or her eyes closed. 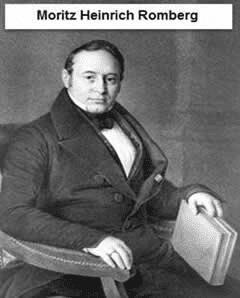 The History of the Romberg Test

After finishing medical training in 1817, Romberg studied under Austrian doctor Johann Peter Frank, until 1820. Dr. Frank was renowned for his studies of the spine, central nervous system and the role of proper hygiene in disease prevention.

When Romberg returned to Berlin in 1820, he began charity work with the city’s poorest citizens. An overwhelming number of his patients contracted diseases of the spinal cord and central nervous system linked to poor hygiene. 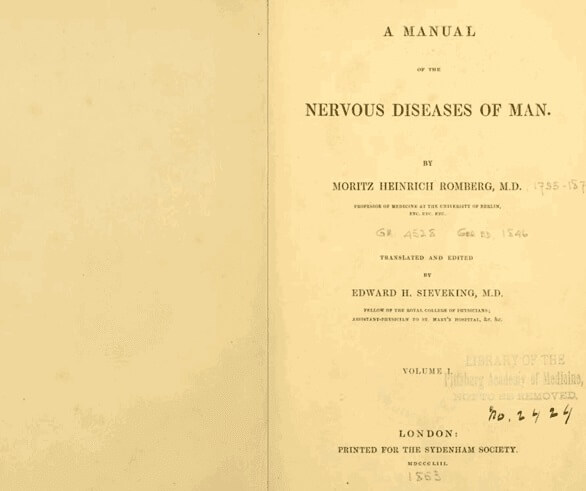 A Romberg Test Has ZERO Connection to DUI Enforcement or Police

NOTHING about the Romberg balance test proves someone is driving under the influence of drugs or alcohol.

His patients’ balance issues were never related to drugs or alcohol. Their spinal problems resulted from syphilis or another form of spinal column trauma or disease.

Comparing the REAL Test to the Police “Modified Romberg Test”

The REAL Romberg test looks for spinal column diseases by testing the dorsal and posterior columns, relating to proprioception. The Romberg test requires the patient to keep their feet firmly together, arms by the side, and eyes open at first. Medical staff should tell the person to stand straight and rigid and look straight ahead with eyes open to test how he or she performs for about sixty seconds. If the person does not lose balance while their eyes are open during the first step, the result is “negative.”

If the person tests ‘negative’ for this part of the Romberg test, the medical staff should conduct the second part.  The Romberg test is ‘positive’ If the patient loses balance and needs assistance to maintain balance. This positive test result indicates ataxia from the dorsal column. However, a patient could get a false positive result and have a sudden gait disturbance triggered by a recent fall.

In the second part, the patient is to close both eyes and repeat the first exam. The patient’s balance is observed for another 60 seconds. A doctor or staff member needs to monitor the patient in case of a fall. The medical worker should stand in front of the patient with both arms extended out to “frame” the patient, but not touch them.

What is this police version of the test and why is it a non-standardized SFST?

The police add an aura of legitimacy to the test by adding similar wording, as is found in the medical literature about tests. Don’t fall for it!

The test requires a driver to stand still, close his or her eyes, tilt their head back, and count silently to the number the officer gives you (usually 30 seconds max). The officer is looking for an inability to maintain balance by excessive swaying, raising your arms to steady yourself, or falling backward.

The test is NOT to judge “balance,” but is an evaluation purported to evaluate a person’s ability to estimate time correctly. The goal of a Romberg test DUI-DWI has no connection to the person’s health issues, or their ability to stand or walk normally.

Plus, the police-oriented exam CREATES a loss of balance. Remember that the test subject has been made to lean their head back at an angle rather than straight ahead, which is not the “normal” Romberg test stand posture. 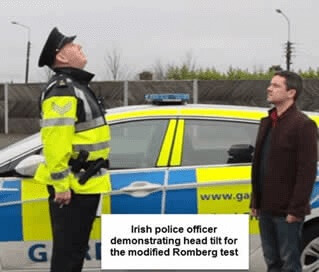 Again, do not take this test. It only adds to the prosecutor’s evidence against you in your DUI drugs case.

Many field “sobriety test” procedures aren’t accurate indicators of impaired driving, drug effects, and observable intoxication even though they are modified versions used by neurologists to diagnose brain disease.

Field sobriety tests are the horizontal gaze nystagmus (HGN) or eye test, the walk and turn (WAT) or heel to toe, and the one-legged stand (OLT). These tests are VOLUNTARY!

They can only harm your chances of defeating the drunk driving charge, especially if your case goes to trial and your poor performance is shown to a jury.

Romberg Alphabet Test- Speaking of test issues, famous golfer Tiger Woods took the Romberg alphabet test during his DUI arrest in May 2017. This version of the Romberg test asks detainees to recite the alphabet.  The suspect doesn’t have to recite the alphabet backward, as many believe. Rather, suspects must recite the entire alphabet or a section of the officers choosing (i.e., f to v). Woods understood the instructions to say recite the national anthem instead of the alphabet. Tiger passed the test once he was asked to read the instructions again. Just like the regular Romberg, this version is a non-standard version. Read more about Tiger’s test here!

Check out these highly-related topics:

How to Beat a DUI in Court