Law enforcement DUI-DWI enforcement training across the USA has utilized pre-arrest field sobriety tests at the roadway for virtually driving under the influence arrest. In the early 1970s, with federal money from the National Highway Traffic Safety Administration, a division of the federal DOT, paid a start-up southern California company of psychologists to create a simple, “battery” of roadside evaluations. These needed to be quick, and safe, plus needed to be simple enough that a high school educated law enforcement officer could use and “score” the evaluation is an objective fashion. 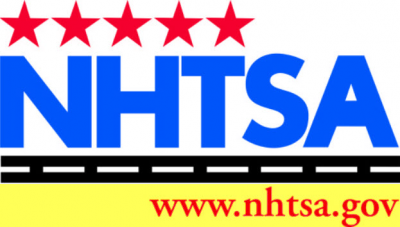 At that time in 1970, most states had an adult BAC of 0.10. So, this was the target being used to create the manual for 1984. In the 1990s, after a clear trend had emerged for states to lower their DUI per se alcohol limit to 0.08 grams percent, the 2000 version of the manual changed its “target” by falsely claiming that three validation studies were “scientific” studies when they were not.

Gaze Nystagmus: The SFST Test That purports to Be a Medical Test

The creator of the N.H.T.S.A field tests, Dr. Marcelline Burns and her other psychology associates were disappointed in their early investigation of the non-scientific types of roadside tests that police were using to justify drunk driving arrests. Most of the 10 types of evaluations did not even reach a 50% reliability rating (like tossing a coin and guessing “heads.”) 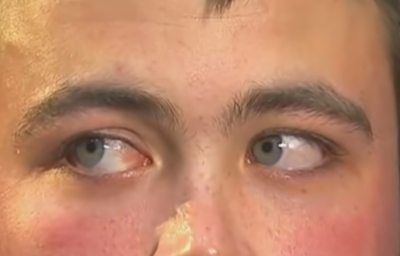 So, the Southern California Research Institute group sought to adopt ONE “different” type of evaluation that they could claim did not involve balance or memory testing. Although medical doctors have never used nystagmus testing to try to predict alcohol levels, Dr. Burns and her team pushed forward to create a novel, non-medical test for which no peer-reviewed studies ever verified such tests’ reliability and precision. So, this now begs the question, “what is nystagmus and what does it have to do with drunken driving?”

In the medical world, trained doctors use a completely different set of measurement tools for gauging congenital nystagmus or acquired nystagmus, and in none of those is alcohol intoxication the focus. According to the American Academy of Ophthalmology, “nystagmus is a condition where the eyes move rapidly and uncontrollably. The person’s eyes can move:

The involuntary jerking movement can vary between slow and fast and usually happens in both eyes. The eyes may shake more when looking in certain directions. People with nystagmus may tilt or turn their head to see more clearly. This helps to slow down the eye movements.” 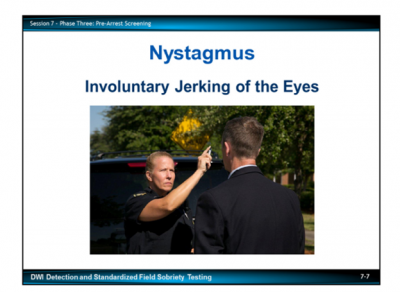 A nystagmus medical definition (doctors use the phrases “lateral nystagmus” and “end point nystagmus”) when looking for neurological deficit or brain lesions. Not one time has a doctor noticed a drinking driver’s eyes twitching and attributed the cause to nystagmus of a DUI driver.

The goal was to create systematic, easy, roadside exercises for officers to REQUEST from driving while intoxicated suspects in order to JUSTIFY an arrest for an alcohol-based operating under the influence (OUI) case. Today, an officer offering an SFST Texas to a detained person should be done identically as an SFST Georgia or and SFST in Alaska.

After considering dozens of possible roadside tests, like picking up three different denomination coins (penny, nickel, quarter) in their order of value, from high to low, the ABC test, the backwards ABCs and others), these three (3) evaluations were settled upon: 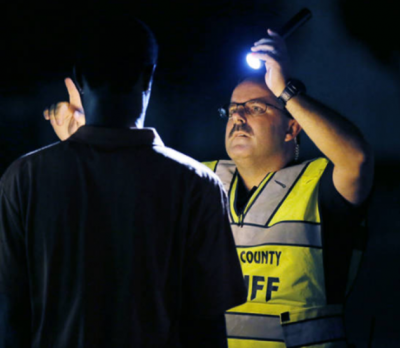 The result of the investigation into how police officers could screen a suspected drunk driver led to what are called the NHTSA standardized field sobriety tests, which have only been “validated” for nystagmus alcohol cases, not drugs. This lengthy and impressive-sounding name of the tests is often shortened to the acronym “SFST” or “SFSTs” or “SFST test.” Virtually every police department has created an SFST score sheet to be filled out and filed, for later use at trial.

Additionally, NHTSA wanted to create even MORE ways for the police officer to claim that the subject being tested showed signs of alcohol impairment during the instructional and demo phases of the field tests. This trap for the unwary starts with the walk & turn (WAT) evaluation.

The officer will have the suspected intoxicated driver to stand with the feet together, side by side, and arms held at his or her sides. Next, they tell the subject to move his or her right foot directly in front of the left foot, touching heel to toe, and stand like that while the police officer demonstrates what he or she should do. Well over half of all test subjects age 40 or more cannot successfully do this, and the officer note: “Can’t keep balance.”

While demonstrating the steps to be taken, the officer is supposed to first advise the person, “Don’t begin until I tell you to.” When demonstrating how to walk, the officer is supposed to be standing at a 90-degree angle so that the test subject can see how to walk in a heel to toe fashion. Well over one-third of test subjects start too soon and create a “clue.”

By getting into this position, the test subject is not oriented in a way to know whether to turn left or right when he or she gets to the ninth step of the first half of that evaluation. So, he or she will either stop walking (a clue) or turn incorrectly (a clue).

Most test subjects CANNOT do these things and get “scored” for 2 clues being missed. If this happens, then the DUI detainee has already failed the requisite number of “clues” or “cues” for an arrest decision to be made.

The other phases of the HGN, OLS and WAT can be ignored since “2 or more clues” were observed. One of these cues or clues is for “can’t maintain balance during the instructional phase” and the other is “unable to maintain the heel to toe stance during the demo phase.”

If this is not enough to convince all persons of ordinary intelligence to NEVER take these “voluntary” so-called “tests,” then you need some sort of counseling!

The Government Has Had to Repeatedly Modify the NHTSA Manuals

The initial NHTSA manual released in 1984 was extremely cursory and had scant information in it. Since then, at least a dozen subsequent iterations of these SFST instructions have been produced in an effort to overcome DUI defense attorney techniques of cross-examining police officers in a manner that showed the inability of a law enforcement officers (in ANY case) to follow the standardized protocols and recommended methodology.

Feedback from around the country was sent to the National Highway Traffic Safety Administration. Reports of trial losses mounted, and consistently revealed that top drunk driving lawyers were winning impaired driving cases by methodically questioning the arresting officer in jury trials. Major victories for the defense occurred mostly from erroneous administration of the horizontal gaze nystagmus test.

Defense victories were being obtained by using cross-examination techniques that showed a variety of deviations from the manual. These oversights included not medically qualifying the test subject (for all three tests). Other successful tactics include the criminal defense lawyer identifying flaws in the officer’s instructional phase or omitting parts of the necessary instructions or demos of demonstration phase of the OLS (one-leg stand) or WAT (walk-and-turn) tests. 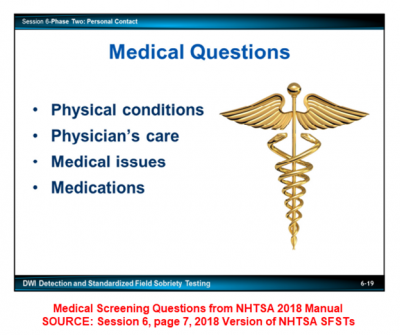 This page focuses on faults and failures to properly instruct, or medically clear the detained DUI suspect, as being a proper candidate to give field tests. Particularly, in this segment, this article focuses on police incompetence or non-compliance with the manual (during nystagmus testing) when an officer is seen on video incorrectly executing the lateral (side-to-side) passes of the horizontal nystagmus 3-phase process.

One consistent shortcoming in gathering the HGN field sobriety test clues was when an officer failed to medically “qualify” a DUI suspect by looking for resting nystagmus, and asking about any eye conditions or prior head trauma, before initially performing a separate “equal tracking” test before starting the smooth pursuit test at the correct plane (at the pupils or slightly above, no higher than the bottom of the person’s eyebrow). Plus, in addition to not keeping the right level and at the right passing speeds, too few passes were often made

Another almost universal error by police was holding the stimulus too high above where only side-to-side movement of the eyes was being tested. The NHTSA robustness study backfired on Dr. Burns and her team when the empirical results showed a 61.1% error rate when the stimulus was held too high. 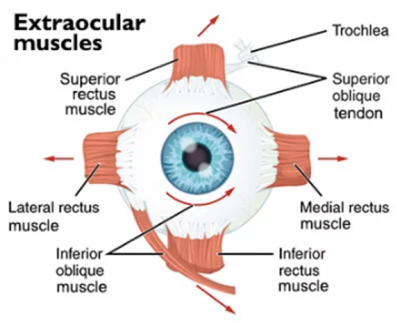 This is because elevating the stimulus being tracked to a level 2″ to 4″ too high can CREATE nystagmus by involving the superior rectus muscle, the inferior rectus muscle and the superior oblique tendon. Plus, when officers incorrectly stand face-to-face with a test subject and attempt to make the flat, lateral passes “at or slightly above eye level,” their arm is moving in an arc, like the top of a windshield wiper crossing a car windshield. This tracking then involves the superior oblique tendon and creates jerky eye movements.

Other cases collapse when the criminal law attorney defending an OUI driver could show that the law enforcement officer was exaggerating when he or she thought the SFST clues were present (e.g., “lifted hands more than 6″ from sides”). Another highly successful trial strategy is to challenge the jurors to attempt the WAT and OLS tests and see how many sober jurors can perfectly perform the exercises. On the one-leg stand test, “pouts foot down” twice is an arrest decision.

Abandonment of Standardization by NHTSA to Obtain More Convictions

The latest version is the NHTSA field sobriety test manual 2018. Several minor alterations occurred in the NHTSA SFST manual 2018, but one MAJOR one was inserted in an effort to prevent criminal justice attorneys defending their clients from pointing to the previous “standardization” paragraph which stated that when an officer deviated from proper methods, the “validity WAS compromised.” 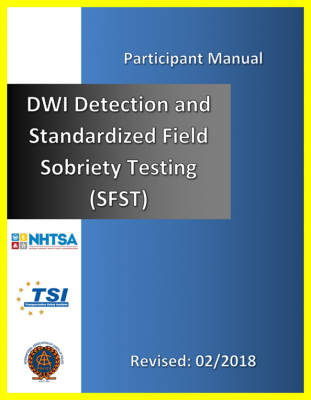 The change in wording was to say: “may be compromised.” This self-serving effort to keep accused citizens from hiring the best DUI attorneys to fight for them in court is a MAJOR oversight, since this change has eliminated the “standardization” o these so-called sobriety evaluations. Here is the new wording in Session 8, page 17 of 95:

NHTSA tried to slip this minor change, apparently unaware that the best criminal defense attorneys would catch it immediately.

It is necessary to emphasize this validation applies only when:

The tests are administered in the prescribed, standardized manner

The standardized clues are used to assess the suspect’s performance

The standardized criteria are employed to interpret that performance If any one of the SFST elements is changed, the validity may be compromised 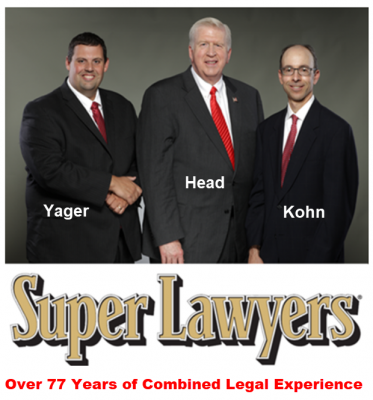 Call 43-year veteran Atlanta DUI attorney Bubba Head today and get honest answers to all your questions. Tell us everything that happened and everything you remember about your DUI arrest. The sooner you call us, the better chance our lawyers in Atlanta will have to win your DUI case or get your charges reduced or dismissed.

Remember, in Georgia, you only have 30 DAYS after the arrest date to file a license suspension appeal or apply for an ignition interlock device. Missing that deadline will cause your driver’s license to be suspended for one year!

If you are looking for a top-rated DUI lawyer near me, talk to Bubba Head, Larry Kohn, or Cory Yager now. Our attorneys in Atlanta are all field sobriety instructors and are available 24 hours a day, weekends, and all major holidays. (404) 567-5515

How many types of nystagmus are there?

Are police taught about other forms of nystagmus? [Go to page 8-9 of Session 8 for this information]

What is congenital nystagmus?

What is rebound nystagmus?

What is acquired nystagmus?

What is end gaze nystagmus? (Related to onset of nystagmus when the officer is slowly moving the object being tracked out to 45 degrees) 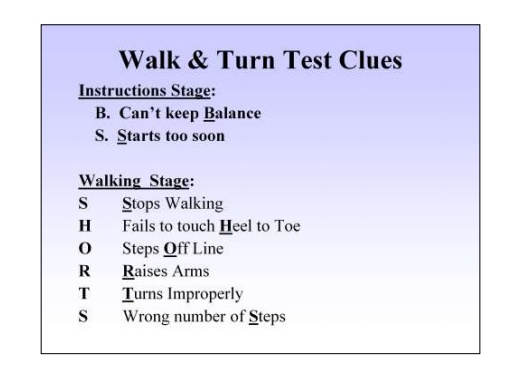