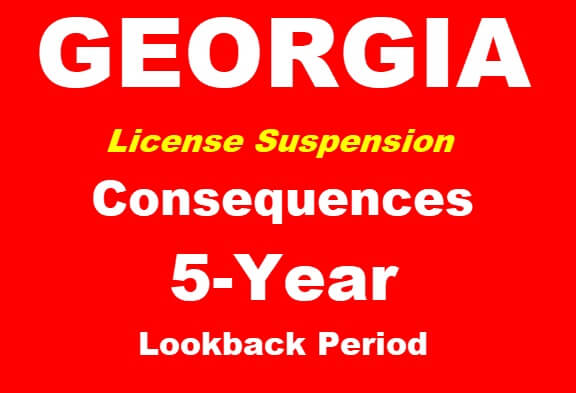 Laws in the State of Georgia prohibit the removal of the criminal record of a DUI conviction for a person’s life. Insofar as your driving record at the Georgia DDS, prior convictions within the past 5 years (dates of arrest are the measuring stick) create harsher Georgia driver’s license restrictions or a possible lengthy total suspension or revocation for new DUI offenses.

This Draconian “no expunctions law” is what causes most people with important jobs or bright futures to try to hire the best DUI lawyer. Taking a DUI conviction to the grave seems particularly unfair when other Georgia 1st offense laws are in place. This includes a first-time felony drug offender in GA and some Georgia first-offense sex crimes.

Considering this, how can a first-offense DUI not be treated similarly? For Georgia DUI laws to NOT allow 1st offender act treatment seems patently unfair. That is where our DUI lawyers come in — we are here to FIGHT your case. Our daily TASK is to help citizens fighting a DUI in the Peach State avoid DUI suspension and conviction.

For mandatory increased punishment, the criminal implications of a drunk driving conviction in GA are measured for a 10-year lookback period. Plus, these mandatory DUI penalties use the accused’s criminal history to determine whether “a DUI is a felony or a misdemeanor?”

In Georgia, two different databases track DUI convictions. The Georgia Crime Information Center (GCIC) keeps up with all convictions or nolo contendere pleas under OCGA 40-6-391, felony or misdemeanor. Additionally, the DDS in Georgia is statutorily empowered to suspend, revoke, reinstate and cancel every Georgia driver’s license.

Previous DUIs and How a New DUI Charge Is Registered

For example, if you’re facing a DUI GA charge right now, and already have one previous GA DUI conviction from 9 years ago, the new DUI violation will count against you, IF CONVICTED. The new charge would be a “second” DUI in ten years, triggering heavy potential penalties. If the previous conviction was from 11 years ago, however, minimum DUI penalties in Georgia may be a mere fraction of the penalties for a person who faces a 2nd DUI in GA within 10 years. The new arrest is treated as a first DUI offense if convicted.

With all Georgia DUI offenses, the 10-year “lookback” is counted from the date of your prior arrest. 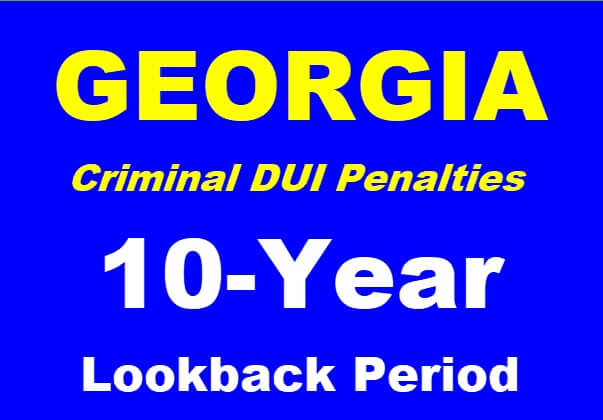 In Georgia, How Many Points Is a DUI?

Once licensed to drive by a state, drivers begin with a clean slate or zero points. That motorist, however, may accumulate points for certain misdemeanor traffic crimes, such as speeding, failure to maintain lane, reckless driving, running a red light, following too closely, or a stop sign violation. Georgia laws have NO traffic “infractions” that are subject to a fine but not added to a person’s criminal history. Thus, EVERY traffic citation in GA is a misdemeanor.

As opposed to most other states like South Carolina, California, and Michigan which have laws making DUI points the largest number of demerits, the State of Georgia assigns ZERO points to a person’s license, after a conviction of driving while intoxicated. The logic behind this is that every DUI automatically causes an immediate suspension or revocation of a Georgia license. Hence, the State of Georgia takes the position that no points need to be assigned for being convicted of intoxicated driving since the event of DUI in GA takes away driving privileges.

Accumulating points can hurt a licensed driver in three ways. Your car insurance carrier can boost insurance rates, costing you more money. While some states (like SC) don’t allow termination of that policy, the State of Georgia does allow it. This means either using a higher-priced substandard insurer or being required to be part of an assigned risk (SR-22) program. The third consequence is loss of license.

Luckily, Georgia laws permit taking a “points reduction” course to knock off as much as 7 points. The course can only be used every 5 years, however.

Expunging a DUI From Your Criminal Record

While numerous states (MS, WV, MD, WA, OR, IL) offer some of their licensees a first-offense expungement alternative, under their respective state laws, Georgia does not. Georgia’s aggressive “minimum punishment” (mandatory imposition of penalties laws) drives many citizens to carefully evaluate lawyers near me, to hire the advocate with the best lawyer ratings.

Plus, the number of convictions ALONE provides your guidelines for determining felony vs misdemeanor criminality and the loss of driving privileges by either suspension, revocation, or disqualification at Georgia DDS. 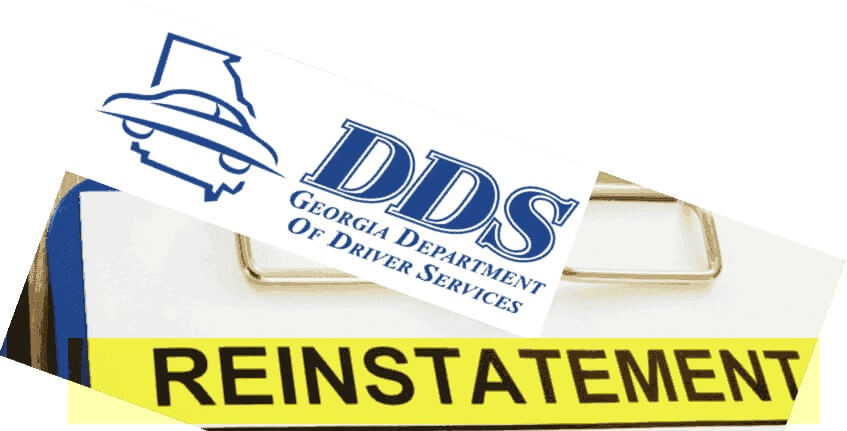 Any conviction for impaired driving in GA is permanent, and not subject to record restriction or expunction. Even juvenile offender DUI adjudications in Georgia can be seen on GCIC computers by law enforcement officers. Plus, every DUI disposition is recorded within the Georgia Department of Driver Safety (commonly called “the Georgia DMV”).

When a Prosecutor sees a prior conviction for driving under the influence, this can negatively affect your chances of obtaining a negotiated plea to a lesser traffic offense in a new Georgia DUI arrest. Additionally, strict rules apply to driver’s license reinstatement in Georgia, and no shortcuts exist for getting reinstated after a DUI-DWI.

Insofar as potential employers find your criminal history or a prior D.U.I. conviction, some offer their customers a “deep search” capability and some do not. Companies like Uber and Lyft require job applicants to sign an authorization for the ride-share companies to conduct the type of searches that will reveal a drunken driving conviction. As opposed to some states like California, Georgia laws permit such criminal records to be reviewed.

Call an experienced, proven top lawyer with the best attorney ratings for DUI now! Our law firm offers a FREE lawyer consultation with any of our Super Lawyers, Cory Yager, Larry Kohn and Bubba Head.

Plus, our law office accommodates attorneys’ fee payment plans. Dial us NOW at 404-567-5515. Our criminal justice attorneys work EVERY weekend and every holiday, 365 days a year.