DUI penalty information is hard to find by an internet search. Well-organized written materials about your DUI charges and DUI offenses in Georgia may not exist on many Web pages, which are more attuned to selling their legal services than to informing you on the DUI consequences so that you DON’T plead guilty.

More than two decades ago, the author created a mantra for people facing a DUI in GA: An arrest is NOT a Conviction! Today, my law firm takes that same approach of leaving no stone unturned to find solutions to a DUI case, even in the worst counties in Georgia.

Articles about drinking and driving laws in Georgia say that or state is the worst state to get a DUI in. This is due to mandatory Georgia sentencing laws and the fact that no person is eligible for a first offense DUI expunction of a conviction. In addition, no diversion, probation before judgment, deferral, non-adjudicated DUI or other record restriction exists under GA DUI laws. By reviewing mandatory penalties in Georgia for DUI, the strident and inflexible punishment requirements under Georgia DUI law becomes apparent.

Although not universal, almost every state’s DUI-DWI laws contain provisions for performance of community service hours, DUI school, mandatory probation of 12 months or longer, implied consent laws calling for more severe loss of license for not taking a post-arrest chemical test, tougher fines and loss of license provisions for DUI drugs than for an alcohol-based offense, some sort of limited permit to drive a motor vehicle (e.g., the 120 days limited driving permit in Georgia for a first DUI in GA offense) if you are a first offense age 21 and older.

The 15 Most Common Questions Our Potential Clients Ask About DUI Arrests:

1. How much is bond for DUI in Georgia?

2. How much is a DUI ticket in Georgia?

3. What kind of jail time for DUI in Georgia am I facing?

4. What are the DUI Georgia first offense penalties?

5. What is the max sentence for DUI?

6. Can you lose your license on the first DUI charge?

8. What happens to first time DUI offense in Georgia?

9. Can I avoid the Georgia sentencing guidelines if I leave the State after posting bail?

10. What are the penalties for DUI in Georgia on a 2nd DUI?

11. Where can I look up Georgia drinking and driving laws?

13. How much are surcharges and the fine in GA on a 1st DUI in Georgia?

14. Are Cobb County fines higher than those in the Municipal Court of Atlanta?

15. Why are the loss of driving privileges for DUI drugs worse than for drunk driving in Georgia?

To learn more about felony and misdemeanor DUI (or DWI) penalties in your state of arrest, locate the best DUI lawyer in Georgia and set up an appointment. DUI charges can bring lifetime consequences, so do not hire an amateur to do a professional’s job. 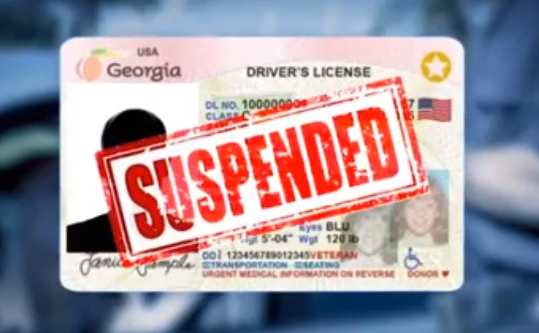 To learn about penalties for a first offence DUI, one must look to STATE law to determine the criminal DUI penalties and the administrative penalties and driver’s license sanctions at the state DMV, DPS or (in GA) the DDS (department of driver services) following an arrest.

Never assume that one state’s DUI laws will match the neighboring state’s laws on drunk driving. A minimum fine for DUI-DWI in Texas or New Jersey has massive “surcharges” added onto the base amount, so assume that DUI fines will be double or MORE the face amount of the fine assessed in your drunk driving case.

For a DUI conviction in Georgia, the convicted person will face license suspension for a period that is based on the number of convictions within the last five years, based on dates of arrest. This 5-year lookback period is applied for LICENSE availability, but a 10-year period is now used (since 2008) for criminal punishment.

First DUI offense. 12-month suspension but may be reinstated after 120 days if the driver completes a DUI education program and pays a $200 reinstatement fee.

Second offense DUI. Three-year suspension but may be reinstated after 18 months if the driver completes a DUI education program and pays a $200 reinstatement fee.

Third DUI offense. Revocation of the Georgia license occurs. This means that the driver no longer is licensed in Georgia. He or she will have to go back and start over with qualifying to drive at some future date. If licensed by the State of Georgia, he or she can apply for a probationary license after three years, but an interlock device will be required.

Revocation occurs, again, and this extends the time the driver must wait to apply for re-licensing. Georgia stacks all of these suspensions or revocations, end-to end.

Special rules apply for a DUI with an Injury or death.

A 3–year suspension (or revocation) is imposed. Plus, that driver is not eligible for the normal reinstatement provisions. For a third or subsequent conviction within 5 years, no new license application will be considered until five years has passed (after conviction).

Unless the driver had a DUI-related collision or has a prior DUI within five years, he or she can apply for a hardship license. The driver must be enrolled in treatment or accountability court. The license is effective during the suspension period and subject to ignition interlock device (IID) and travel restrictions. Drivers with one prior DUI in the last five years can apply for a hardship license after completing 120 days of their suspension.

Probation in Georgia for DUI convictions.

Professional Treatment for alcohol or drugs required in almost all cases.

Your sentencing judge will mandate that you undergo an alcohol and drug assessment (clinical evaluation) and then follow that state-approved counselor’s treatment program. While many first DUI offense clients who are convicted of DUI may be excused from DUI classes, or extensive counseling, a second time offender in GA must also complete a DUI school (which is called the “DUI alcohol or drug use risk reduction program” in Georgia. In addition, most repeat offenders will be required to see their counselor for 17 weeks or more.

Passengers under age 14 in Georgia can create one or more separate DUI offenses.

Transporting young passengers (even if they are YOUR children) will be accused as one or more separate offenses called DUI child endangerment. In Georgia, a child endangerment conviction (or convictions) will require the sentencing judge to ADD ON addition jail time, license suspension and fines to whatever your other DUI penalties in Georgia might be. One driving episode with multiple children in that motor vehicle can lead to a second, third and/or 4th DUI, with “stacked” punishments and suspensions running for years.

Some general rules for drunk driving penalties do apply in “bumping” a DUI up to a felony but check with a local DUI lawyer who specializes in drunk driving defense, in the state of arrest, for detailed information. For example, while a 2nd DUI in GA is a misdemeanor in almost every case, a similar offense in Indiana can be a DUI felony. A high BAC level (e.g., 0.19) in an Arizona DUI case drastically increases jail time and other punishments in all cases. Most states do not have such draconian mandatory rules.

Comparing DUI Lawyers Near Me For My DUI Defense

Our firm practices in Georgia, but our collective experience has brought us in contact with hundreds of skilled DUI attorneys across America. Don’t simply select an attorney from a flashy web site. Look at proven credentials and attorney reviews before selecting a DWI-DUI attorney to fight your DUI charges.

Call us at 404-567-5515, for a GA DUI, or a driving under the influence charge in any other State. The call is FREE and the initial legal advice is FREE. Plus, this call may alert you to important deadlines that you may have overlooked. See our photo below, showing (left to right) Cory Yager, Bubba Head and Larry Kohn. 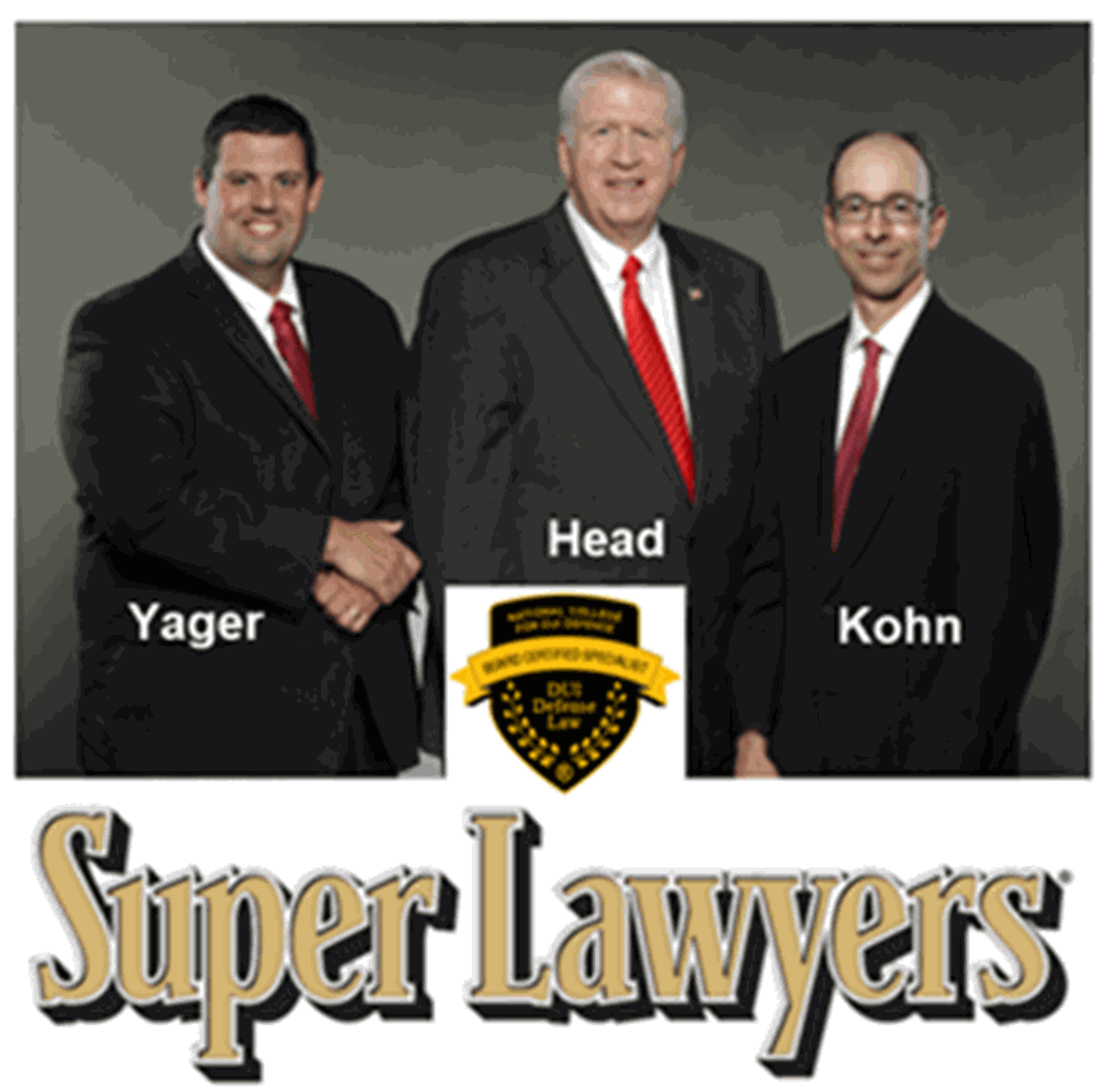 Call 43-year veteran Atlanta DUI attorney Bubba Head today and get honest answers to all your questions. Tell us everything that happened and everything you remember about your DUI Atlanta GA arrest. The sooner you call us, the better chance to WIN our lawyers for DUI have to win your DUI case or get your charges reduced or dismissed.

Remember, you only have 30 DAYS to file a license suspension appeal or apply for an ignition interlock device, or your driver’s license will be suspended for up to one year! For a DUI in Cobb County Georgia, call Bubba Head. Larry Kohn, or Atlanta DUI attorney Cory Yager now. Our attorneys near me are available 24 hours a day, weekends, and all major holidays. (404) 567-5515.