Because ANY driving while intoxicated conviction in Georgia will remain on your driving history and criminal record forever, any 1st offense DUI is worth fighting. Fewer than 5% of all Georgia first DUI offense cases, however, are only DUI misdemeanor cases. Three rare but devastating sets of fact CAN lead to making a DUI a felony in Georgia, even for a first DUI.

First, a person driving while DUI and having children in the vehicle exposes himself or herself to potential felony charges, for DUI child endangerment. Any child under age 14 adds a DUI to the underlying DUI charge, so if 9 children under age 14 are on board, the driver faces 10 DUI charges. Under GA DUI laws, all punishment is STACKED end to end. Such a conviction can end all driving privileges, and put the person away in jail for multiple DUI felony convictions.

Second, the driver of a school bus who is DUI can be charged with felony DUI, under a special statute addressing this high-risk situation. Since these drivers must have a CDL (commercial motor vehicle) license, the driver can also lose that special status commercial driver’s license privilege, with a DUI first offense.

Third, DUI accident cases create the very real chance of a DUI felony, even for a 1st DUI. If serious injury to another occurs from a drunk driving accident, or someone dies in a DUI accident, both the person facing a first DUI and a person facing a second DUI in GA (or any DUI offense) may encounter FELONY DUI indictment. For the serious injury by vehicle or the vehicular homicide GA, based upon a drunk driving or drugged driving charge.

This includes up to 15 years in State prison PER serious injury and/or death, and the Judge can stack the sentences on top of each other (this is called consecutive sentences). Accident cases, far and away, are the most common way for a DUI 1st offense to be prosecuted as a felony drunk driving case.

Read about other types of felony DUI that our clients have faced, and how we overcame the odds with thorough investigative work that uncovered police errors made before and after a roadside arrest.

On a 2nd DUI in GA, What Is the Jail Time, if Convicted?

Georgia drinking and driving law says that a second DUI within 10 years triggers a mandatory minimum of 72 hours in jail.  The statute says from “90 days to one year,” but permits the sentencing judge to suspend all of the jail time except 72 hours.  Most judges will not give the minimum sentence (by the way), and 10 days to 30 days is a common range that our Georgia DUI lawyers see in courts across Georgia, after trial for a second DUI in GA. 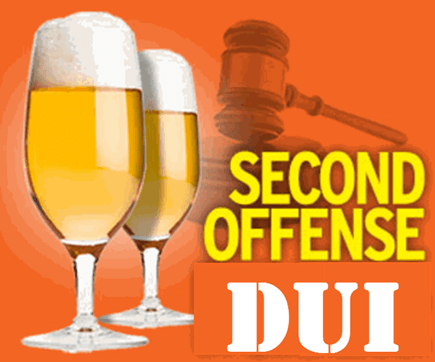 This is why the best Georgia criminal attorneys command premium DUI fees, because a DUI lawyer knows how to win many cases by a reduction, or by going to trial. In addition, the DUI defense lawyers at our DUI law firm know every aspect of controlling sentencing for clients with a second drunk driving conviction within 10 years, whether it be getting the DUI reduced to reckless driving or winning at a pretrial suppression motion.

Can My DUI Attorney Negotiate a DUI Reduced to Reckless Driving?

However, if you have a bad prior criminal history, such as being arrested for two GA DUIs in 5 years, do not expect miracles at the plea negotiation stage of your GA DUI case, regardless of who you select as your Georgia DUI attorneys. Be aware that many of the cases must go to trial, to try to keep the 2nd DUI off your criminal record.

Depending on the outcome of the case for your DUI first offense, a knowledgeable criminal defense lawyer Atlanta may be able to negotiate a favorable plea reduction in the DUI second offense case. If the subsequent offense would constitute a true 2nd DUI in Georgia within 5 years, then do not expect any pre-trial offer for reduction.

The possibility of a second arrest for DUI in the future is why our DUI law firm tells potential clients the extreme value of fighting and winning a DUI first offense. We know how to beat a DUI, if you will just talk to us for 30 minutes.

A DUI in Georgia, for a repeat offender, poses major challenges. Prosecutors become unwilling to discuss a reduction to reckless driving. For most of our clients, a reckless driving charge is highly desirable, in light of the lifetime of DUI consequences posed by a criminal conviction for drunk driving.

Ask about DUI lawyer cost, and our DUI attorney payment plans. Our three Super Lawyers stand ready to show your how to beat a DUI in Georgia.