Dealing with a blood test in a DUI prosecution poses a whole new set of skill sets for your DUI lawyer. Whether you are facing prosecution for DUI involving a blood drug test for impairing substances other than alcohol (e.g., a marijuana blood test) or a blood alcohol test, the legal and forensic issues are substantially unique for collecting, labeling, inverting, securing, analyzing and quantifying biological samples of blood and urine.

Unless a lawyer has an employment background in forensic toxicology or an undergraduate degree in forensic science, little or none of this information is known to the typical attorney graduating from law school.

This means that additional, private, expensive training must be sought out, paid for and attended by a lawyer seeking to practice criminal law in areas dealing with anatomy, toxicology, pharmacokinetics, metabolism and quantitation of impairing substances.

The field of forensic toxicology is fairly new in world history. The pioneer who first established a method to test a human body for arsenic poisoning was a woman, Marie Lafarge, of France. In 1840, she created an analysis process that would show that arsenic was in the person’s body, and at levels capable of causing death. 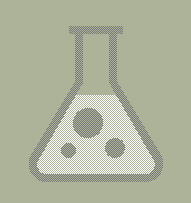 Has Your DUI Defense Lawyer Paid For and Taken DUI Blood Test Training?

Many dedicated DUI attorneys have spent a substantial amount of time and money learning about breath alcohol testing devices used by crime laboratories. A wide array of specialized technologies used for confirmatory testing to quantitate the amount of drugs other than alcohol in a blood drug test are available. These include:

The criminal defense attorney planning to fight for a DUI that is being proven through blood test labs needs to have taken completely different forensic training from the instruction given at a breathalyzer training course, when it comes to blood testing for drugs or for an alcohol blood test. Possibly only 150 to 200 DUI lawyers in America (less than 2%) have obtained this advanced, difficult training from private blood testing labs or from medical and scientific experts in laboratory analysis, laboratory protocols and sample quantification and measurement.

What Advantage Does Advanced Training About Blood Test Labs Give a DUI Lawyer?

So, a relatively small percentage of criminal defense attorneys (definitely less than 2%) know how to fight a forcible blood draw case on the 30+ possible attacks and challenges available, depending on case facts and what stage of the criminal court proceedings the DUI defense strategy prevails. When you were arrested, if you were given an alcohol blood test, or a blood drug test, does your DUI lawyer know how to beat the blood lab tests in a drunk driving defense prosecution?

In the graphic below, multiple, mandatory quality assurance steps for a crime laboratory are listed in a flowchart for the chemical analysis process for a GC-MS analysis. Any error, omission or lack of documentation of these vital steps can be what helps your DUI lawyer exclude the DUI blood test.
This chart reveals 10 or 12 different legal challenges to scientific reliability that may be made at pre-trial motions seeking exclusion of flawed blood test results, or at trial, when the DUI defense expert witness highlights why the jury cannot trust botched DUI blood test results which failed to comply with their own quality assurance program.

Another good thing about the rare DUI defense lawyer who HAS obtained the training is that virtually no prosecutors have had any blood test lab training or experience whatsoever. This number will be 1/10 of 1% nationally. This lack of advanced training for prosecutors gives the scientifically-trained DWI-DUI lawyer in a DUI blood test case a huge advantage in pre-trial motions, and at a trial of a drunk driving or drugged driving case involving blood test labs. 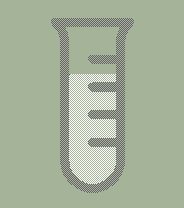 The reason for this vacuum in prosecutorial training is two-fold. First, the immense time investment and state governments being unwilling to pay for the lost time from work for these many workers is one aspect. The second factor is that virtually no CRIMINAL DEFENSE attorney that these prosecutors face in court have had that training either. Hence, for almost all complicated yet WINNABLE cases, an average DUI lawyer will quit and give up before trial is required, using one or two implied consent or illegal search and seizure challenges to attack search warrant cases.

You Must Screen Criminal Defense Attorneys for Their Blood Test Training

If he or she has gone forward to trial, and won at least two trials involving DUI blood test results, he or she likely is capable of fighting for you. It is THAT rare, for criminal attorneys to step forward to fight a DUI blood test. 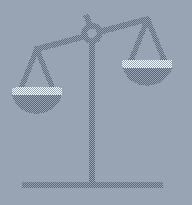 Next, ask where and when the prospective DUI lawyer received training at blood test labs, or through highly-specialized, multi-day blood test and urine test training seminars. This multi-day training is extremely expensive, and difficult to find.

The locations of this testing have been conducted for DUI lawyers in only five states: Georgia, California, Colorado, Indiana and Illinois. A small handful of DUI attorneys started their careers in a field of science that led to mastering blood tests long before they entered the legal field.

These DUI lawyers have a true EDGE over any other drunk driving lawyer in their jurisdictions who only learned this important field of science in classes. If you can find and retain one of these legal experts, your odds are much better.

Forcible Blood Test Collection After An Implied Consent Refusal – Is The Warrant Valid?

If you refuse a breathalyzer test, a police officer in most states (including Georgia) has the legal right to seek a judge’s search warrant to draw blood from you in order to get a blood test for the DUI arrest. This fact merits a word of caution: There is an increasingly growing trend toward forcible blood test DUI collection for any DUI-alcohol suspect who MAY also have contraband substances like marijuana, cocaine, meth, spice or even prescribed drugs like strong opioid painkillers or anxiety meds like Xanax that can potentiate (exponentially increase) the impairing effects of and alcohol in the person’s body.

Blood testing labs (including the Georgia Bureau of Investigation) will routinely run both GC and GC-MS tests, looking for ALL possible impairing substances, not just alcohol. Any trial with polydrug use (two or more different impairing substances) by the suspected drunk driver is a conviction 19 out of 20 times with a judge or a jury hearing that evidence. This requires the law enforcement officer to go see or call up the magistrate judge, to provide a sworn statement and/or a written affidavit of facts sufficient to support the judge issuing a blood draw search warrant, which authorizes force to be used.

DUI law on the topic of forcible blood collection results from a suspected drunk driver changed recently with two United States Supreme Court decisions in Missouri vs McNeely, decided in 2013 and Birchfield v. North Dakota in 2016. These two landmark cases deal with different aspects of blood test collection after a DUI arrest, when viewed from a constitutional law perspective. All state implied consent laws and police procedures for DUI blood test cases have now been changed, revised or scuttled, depending on the particular state’s laws on implied consent and forcible blood draws. 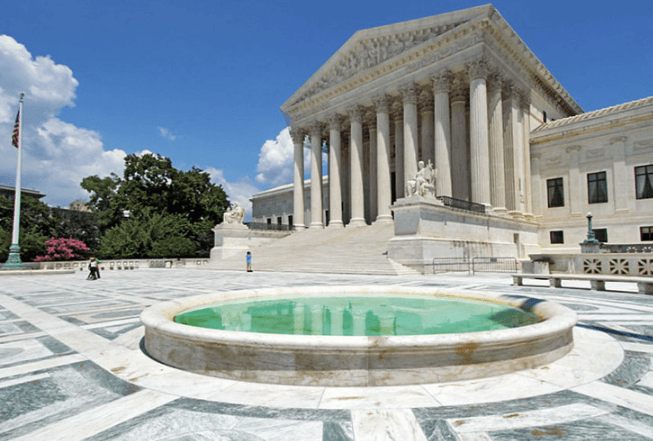 McNeely set down the principle that the mere dissipation of alcohol over time (i.e., that your body burns off ethanol gradually as time passes since your last drink) does not supply a police officer (in every case) with justification to obtain blood without a search warrant. Until this decision was handed down, many states were allowing such forcible blood testing without the officers seeking a judicial warrant.

Birchfield dealt with three different appeals on a similar issue: Can a state criminalize an implied consent refusal and hand down years of prison time for a mere refusal to submit to implied consent testing, and threaten to forcibly draw blood from the recalcitrant motorist? The high court decided that all laws which impose criminal penalties for failing to take a blood test under implied consent violate the 4th Amendment of the U.S. Constitution.
Unfortunately, states that criminalize a refusal for not taking a breath test are perfectly justified in handing down jail or prison sentences, since breath testing is not as invasive as a blood test.

In addition, any blood test collected by a judicial warrant must be carefully scrutinized by your DUI lawyer. The affidavit that is mandated from the officer can have flaws in it, or can be entirely fabricated, as to providing full information sufficient to believe the driver was drunk, versus merely drinking.

Always try to get the recorded calls to a magistrate, for electronic warrants, to check to see if proper factual basis was established and whether a proper swearing took place. Also, look for venue issues when warrants are issued in one county but are not enforceable in another jurisdiction for which the judge is a sworn judge, or where the blood was collected.

William C. Head, Larry Kohn, and Cory Yager all have taken forensic training in blood and urine testing. This was in a course sponsored by Mr. Head in 2008. Mr. Yager took two courses, with different instructors in each. 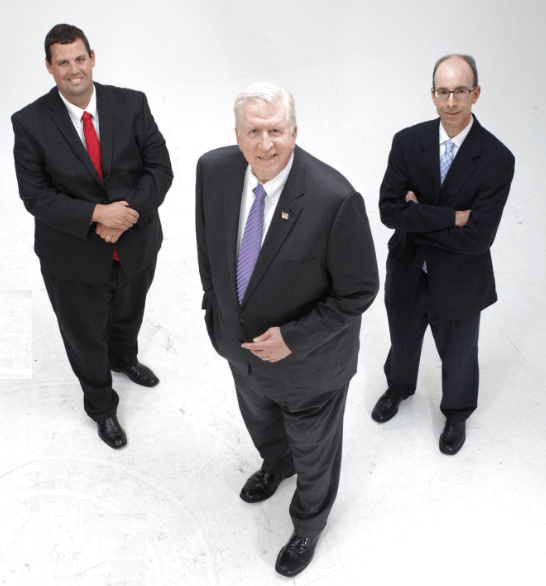 If winning is your objective, call criminal defense attorney William C. Head and his law partners Cory Yager (an ex-cop) or Larry Kohn at 1-888-384-4323. Call us NOW to talk to a 24 hour lawyer with our law office. We primarily handle DUI arrests, but also handle drug possession cases, underage possession of alcohol cases, marijuana arrests (felony or misdemeanor), and drug trafficking.