Georgia Has the SECOND Toughest DUI Penalties in America

A recent online report ranked Georgia as having the second toughest DUI penalties.

Georgia DUI penalties, and therefore Atlanta DUI penalties, are among the harshest in America, whether for DUI first offense or a DUI second offense conviction in GA within 10 years. Compared to most states, Georgia driving while impaired laws call for more mandatory, minimum punishment than neighboring states, whether a 1st DUI or second offense DUI.

SOURCE of this 2016 news release on ranking the states with the toughest punishments: http://www.azcentral.com/story/news/local/phoenix/2016/08/12/arizona-toughest-nation-dui-study-says/88636358/

GA DUI Laws Have No First Offender and No Expungement

Georgia has never had a DUI first offender program. In addition, even a first DUI gets no first offender act Georgia option. Plus, no expungement of a drunk driving conviction is possible, and a nolo contendere plea that once let first offenders keep their driver’s license, prior to July 1, 1997 no longer offers any license-saving benefit to even a first-time DUI offender, requiring all to not drive at all or to be able to drive on a restricted license (work permit).

Special costly, inconvenient, and embarrassing penalties for a drunk driving second offense include:

In 2008, the Georgia legislature made several alterations to Georgia’s impaired driving laws.  The most impactful change was DOUBLING the length of the “lookback” period for criminal penalties on a 2nd DUI offense (or 3rd DUI or 4th DUI) from a 5-year lookback to a 10-year lookback.

Except for calculating the Georgia driver’s license suspension (which is still calculated on a 5-year lookback), all aspects of a 2nd DUI (e.g., mandatory jail time, massive community service hours, mandatory ignition interlock for early reinstatement of limited license on a repeat offender) were boosted, plus the addition of lengthy alcohol and drug counseling and treatment.

Plus, even for a first-time DUI offense conviction for driving drunk, you could go to jail, be on reporting probation, be subjected to random alcohol and drug testing, find that international travel to certain countries will not be possible, perhaps be judicially suspended from driving, be totally suspended from driving (if it is a driving under the influence of drugs conviction, first offense DUI or 2nd DUI in GA), plus pay fines, surcharges, probation, and supervision fees.

If you have a second DUI conviction within 10 years, you need to do whatever you can to retain the best criminal defense attorney in Georgia. DUI consequences ramp up considerably from a first offense DUI to what occurs after a 2nd DUI, so do all you can to avoid the impact on your criminal history.

In some State courts, the DUI court programs have been used like a battering ram, to force a person with a 2nd DUI offense to enter the long and potentially punitive 24-month (or longer) probation period, or face a lengthy jail term if convicted at trial.

Because a driving impaired conviction is forever, the immediate pain of criminal sanctions and loss of driving privileges are just the tip of the iceberg. Depending on whether the DUI in Georgia is for DUI first offense or 2nd DUI in GA, Georgia uses separate “lookback” periods to determine the criminal punishment and the DDS GA impact on a Georgia driver’s license. Out of state licensees may have even MORE problems getting reinstated that a Georgia licensee.

The 15 Most Important “Quality of Case” Factors

Fifteen (15) primary factors need to be taken into account about the “quality” of a driving under the influence case, second offense DUI, before assessing the possible DUI penalties for any violation of GA drunk driving laws. If the criminal case can be won (by trial or the DUI reduced to reckless driving, through a negotiated plea), then some or all of the typical criminal law penalties can be avoided if the criminal charges are reduced.

The starting point of the discussion is whether this is a first DUI or a 2nd DUI in GA, of course. However, many other tangible and intangible factors will come into play in determining the difficulty level in negotiating a plea to reduced charges, or fighting the DUI case at trial. Based on each one of these factors, a case can be better or worse, in terms of a DUI lawyer trying to negotiate it down to a lesser plea, or fighting the case in court:

Drunk driving book author William C. “Bubba” Head, an Atlanta DUI attorney and criminal defense lawyer, is Board-Certified in drunk driving defense. He wrote his first of 12 books on drunk driving law in 1991. Hire Mr. Head as your expert DUI attorney, or one of his law partners. The lawyers at our DUI law firm, are all DUI specialists, and can assist you on a repeat DUI offense.

In 2016, both Cory Yager and Larry Kohn authored chapters on a national book for DUI attorneys, published by Aspatore Publishing (a division of Thomson-Reuters-West).

So, call partners Larry Kohn, Cory Yager, or Bubba Head for help on a repeat offense driving while intoxicated case.

If you need a 24-hour lawyer, call us now for immediate help. (404) 567-5515. Our FREE professional criminal case assessment is worth your time and energy. If winning is your objective, call our Georgia DUI law firm today. Atlanta DUI penalties are the 2nd toughest in the country. You need an equally tough attorney team. The law office of William C. Head, PC. 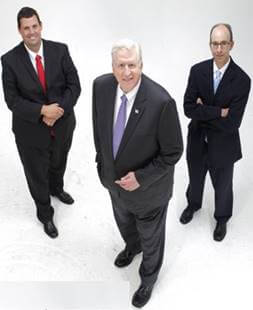