My Friend Uses a Checkpoint App – Do I Need to Get a DUI Checkpoint Finder?

Any local DUI checkpoints website or DUI checkpoint app, whether free or for sale, will only be as valuable as the “current” information available. While some states require local police to publicize upcoming DUI checkpoint locations, Georgia does not. 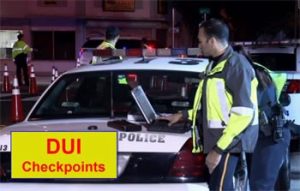 How to find roadblocks is a Google search query executed thousands of times each month, as concerned citizens try to avoid a DUI. The best way to do that is to hire a top DUI lawyer who has successfully won DUI checkpoint cases.

Find Roadblocks and Checkpoints Near Me

Police officers want to make the best use of their time, in setting up a police checkpoint to achieve maximum effectiveness in interdicting drunk driving suspects. Commanding officers take suggestions from the officers in the field, before establishing DUI checkpoint locations. So, in searching for roadblocks near me, these sobriety checkpoints could be on one local roadway tonight and then moved three miles away tomorrow, to another DUI checkpoint location.

On holiday weekends, these GA DDS license check locations will be repositioned two or three times, as drinking drivers extend their evening of celebration. Don’t rely on or pay for an app that purports to have information on “checkpoints near me.” The online services, like the roadblock app “Mr. Checkpoint,” are geographically very limited, and will not likely help you avoid random roadblock locations in Georgia. Once more, getting fresh news of the locations of police checkpoints is essential for such technology to work.

Is WAZE a DUI Checkpoint App?

Despite not being targeted as a DUI checkpoint app. the WAZE app gives you “real-time” data on traffic delays, road hazards ahead, disabled vehicles on the shoulder of the highway, and “police ahead” warnings. Each notification could mean possible DUI checkpoints, but more commonly just signals the driver that a police vehicle has been spotted ahead. But, no cell phone-based tool is perfect at telling you how to find where checkpoints are.

Remember, you won’t come across DUI checkpoints or a GA license check on an interstate highway or high-speed state, multi-lane road. But, if your concern is for “checkpoints near me,” try the WAZE app. It is a tool you shouldn’t live (or drive) without.

While not merely focused on whether your GA drivers license is valid, other drivers are very diligent about notifying you about “police ahead.” (Keep your smartphone plugged into a charger and clear other apps that are running on your phone since WAZE will drain your cell phone battery!)

Additionally, since the WAZE app relies on other motorists who are proceeding on a programmed driving path to “update” real-time information, roadways with more vehicles are likely to give the best and most current notifications.

Hence, in rural areas of Georgia, like on the two-lane roads coming from the Helen, GA Oktoberfest, these will have far fewer motorists to alert other drivers about “roadblocks near me.”  Therefore, knowing your legal rights, when approaching a police stop is your best legal protection from a DUI conviction if stopped at a sobriety checkpoint in Georgia.

How Can I Avoid DUI Checkpoints Near Me?

Atlanta DUI lawyer Bubba Head uses a popular navigation app called WAZE. This remarkable driving tool does more than help locate a sobriety checkpoint near you. If you are using Waze on any roadway that is not a high-speed, multi-lane road, keep your WAZE app activated to identify “police ahead.”

This warning could mean that you might be approaching DUI checkpoints just around the upcoming curve, or over the next hill. Take an alternative path on any secondary roadway, if you don’t want to potentially be stopped at a random Georgia driver’s license and safety check.

Can I Video Record Police at DUI Checkpoints?

In states like Georgia, you are permitted to record audio and video at DUI checkpoints. Georgia is what is called a “one-party” state, which means that only one party in a conversation needs to know that it is being recorded.

About a dozen states are two-party states, and it can be a crime to record without BOTH parties’ permission in those states. But, when a citizen is being investigated by police, federal Constitutional protections can overrule state statutes that were done by pro-police Legislators trying to mollify law enforcement officials.

The Legislature in the State of Illinois is notorious for passing “eavesdropping” laws that did not allow a person to record anyone, including police. In 2014, the Illinois Supreme Court declared the existing laws to be unconstitutional, when it came to recording legal matters, under the federal 1st Amendment and the 4th Amendment. People v. Clark, 6 N.E.3d 154 (Il. Sup. Ct., 2014).

The federal 5th Circuit Court of Appeals recently had to review the police arrest of a man sitting in a vehicle on the street recording activities outside a Texas police station. Turner v. Lieutenant Driver, 848 F.3d 678 (5th Cir., 2017). The ruling held that members of the public have a First Amendment right to record activities of law enforcement because documenting their actions ensures cops “are not abusing their power.”

So, video recording police investigating you at DUI checkpoints would seem to fall within the ambit of this federal appeals court, since only the United States Supreme Court is a higher-level court.

If you were arrested for driving under the influence at a DUI checkpoint anywhere in GA, you need to contact our 24-hour lawyers. Police checkpoints locations can be established in any of the 159 counties in Georgia. The call is FREE and the professional case review is FREE. CALL (404) 567-5515.

Like hiring a surgeon to replace a knee, you want someone who does this type of thing EVERY day. Experience in winning is possibly the most important criteria for hiring a drunk driving lawyer.

Noted DUI lawyer William C. “Bubba” Head is a criminal defense attorney, with 41 years of fighting sobriety checkpoints to his credit. In addition to having appealed more DUI cases involving roadblocks than any other Georgia DUI lawyer, the Atlanta DUI attorney has authored or co-authored over a dozen drunk driving books.

More than 20 years ago, Bubba Head organized and jump-started the National College for DUI Defense (NCDD), at a 1994 meeting at his Atlanta law office. In conjunction with that meeting, for the first “Mastering Scientific Evidence in DUI-DWI Cases,” Mr. Head launched a new, national DUI lawyer training program for fighting bogus field sobriety test evidence, and how to defend against unconstitutional drunk driving arrests.