The first criminal case tried by William C. Head (known as “Bubba Head” in Georgia and around the country) was a Clarke County State Court case in 1977 for shoplifting a bottle of Jean Nate cologne from a local store in Athens GA, and another case for child abandonment in Elbert County State Court. 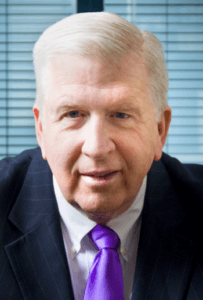 While he had handled burglary (his very first criminal cases, in Albany, GA, in July of 1976), as well as murder, drunk driving, aggravated assault, vehicular homicide GA and other criminal charges, but those GA criminal cases did not have to go to trial.

The first-degree murder case was reduced to involuntary manslaughter and the accused client was released from the Clarke County jail on “time-served.”

Another criminal defense case was in Clarke County Superior Court for felony drug possession, where a University of Georgia student’s locked room (in a subdivided Victorian home that had been converted to separate student apartments), and Mr. Head had his client’s case totally dismissed due to the defective warrant that only gave the property street address, and not the name of the individual apartment resident who was named in the warrant (who was not Mr. Head’s client).

After defending the female client at trial, Mr. Head successfully appealed the wrongful conviction of a bartender from the infamous Last Resort in Athens. The “lack of intent” defense to the charge was based on the fact that she had been told by the owners that the doorman was checking all IDs, and she need not check identification anyone who was admitted, before serving them.

The trial judge made an error in instructing the jury on the intent element for that young woman who had been arrested for selling to an underage buyer (who was young police officer in street clothes). This excerpt from the Georgia Court of Appeals decision summed up the case facts:

Appellant sold a glass of beer to an undercover police cadet who was 18½ years of age. Her sole defense was that she had no criminal intention, and no knowledge that the police cadet was a minor.

Appellant was a bartender and had been instructed by the owners of the night club not to check I.D.s, as they had hired a doorman for that specific purpose and anyone in the club had been checked. This was corroborated by the testimony of the two owners and the doorman. (162 Ga.App. 491).

The intermediate Court of Appeals overturned her conviction, and cleared her criminal record. The Court stated (in the jury instructions) that the trial judge did not: “advise the jury that a person will not be presumed to act with criminal intention.” So, this young woman walked away “scot-free” by trusting Bubba Head to defend her criminal case. 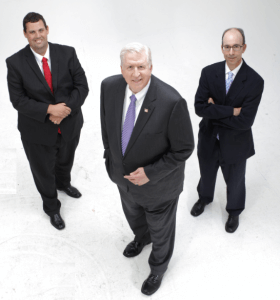 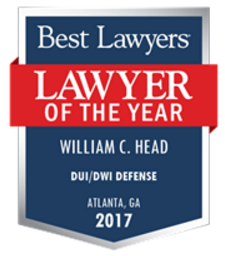 Larry Kohn and Cory Yager, law partners of Mr. Head, have never worked in any practice area except as criminal justice attorneys.

Since the category of alcohol and drug crimes are the type of criminal case with the largest demand for our law firm’s legal services, Mr. Head trained both of Atlanta criminal defense attorney Kohn and Atlanta defense attorney lawyer Yager in DUI Defense from day one of their legal careers. Yet,

he has also welcomed the opportunity of mentoring both of them on misdemeanor and felony cases for the other 15% of the criminal defense law cases that are processed through our office each year. Most of the misdemeanors were traffic ticket cases or vehicle accidents (sometimes involving driving under the influence, hit and run, attempting to elude an officer, racing, or reckless driving GA).

Mr. Kohn, a well-known criminal lawyer in Atlanta, quietly won this non-jury trial at Atlanta Municipal Court based on lack of evidence. In his nearly 20 years with Mr. Head, criminal defense attorney Kohn has handled over 1500 criminal matters not involving DUI, ranging from traffic tickets to homicide by vehicle GA, and personal crimes ranging from sexting to date rape.

Atlanta lawyer Cory Yager has handled more than 250 criminal matters not involving DUI in Georgia. A substantial number of these cases were involving marijuana possession, selling weed, drug possession drug trafficking, possession with intent to distribute and Internet crime, but he also has handled prostitution, pandering and other felony or misdemeanor crimes in Georgia.

Other Types of Criminal Cases That Our Criminal Law Firm Accepts

Each of our criminal defense lawyers in Atlanta GA have dozens of other criminal cases on their shelves that have no connection to alcohol, drugs or DUI. Although not a complete list, our three Atlanta criminal defense attorneys also handle these types of cases:

For a FREE lawyer consultation with Bubba Head, Larry Kohn or Cory Yager, CALL 404-567-5515 today. Our firm offers legal advice from our 24-hour lawyers in Atlanta, so expect to talk to a lawyer whenever you call.

Unlike some criminal attorneys, our criminal justice lawyers speak to potential clients for FREE, at the initial consultation, with no demand for prior payment of attorney fees. With a substantial retainer paid up front, we can offer a payment plan for the balance of our legal services that will fit most families’ budgets. All three partners are Super Lawyers, and national legal book authors.

Once you hire us, you can shift this burden off your shoulders and onto the shoulders of our Atlanta criminal defense lawyers. Do it today.