By: William C. (Bubba) Head Named 16 Straight Years to Super Lawyers and One of Georgia’s Four Board-Certified Attorneys for DUI in GA Explains what is a bench trial?

Anyone who has fought a Georgia speeding ticket or other traffic offense in one of Georgia’s hundreds of municipal courts would have had a bench trial in that case, not a jury trial. In State court proceedings, the bench trial process is quick, simple, and straightforward. This article does not cover federal court matters, only criminal prosecutions that the accused has in Georgia courts.

What is a Bench Trial?

In its simplest definition, a bench trial is a trial by a judge, after “waiving” (giving up the right) to a trial by jury. Similarly, in many civil actions like small claims court litigation, all of these magistrate court hearings are bench trials. Although (after losing), the aggrieved person can start over and then demand a jury trial. For criminal proceedings in Georgia (for the last 40 years), these rules are different, and any “appeal” would be “on the record,” with the higher court reviewing the court proceedings in the trial case, for errors that the trial court made.

On this page, our Georgia expert DUI attorneys explain bench trials and the risks of a “judge only” trial, plus the possible benefits and drawbacks of selecting a criminal bench trial and waiving your opportunity to seek a decision by an impartial jury. This article by our criminal defense attorneys will further elaborate upon (and define) “bench trial” options when you are the criminal defendant. 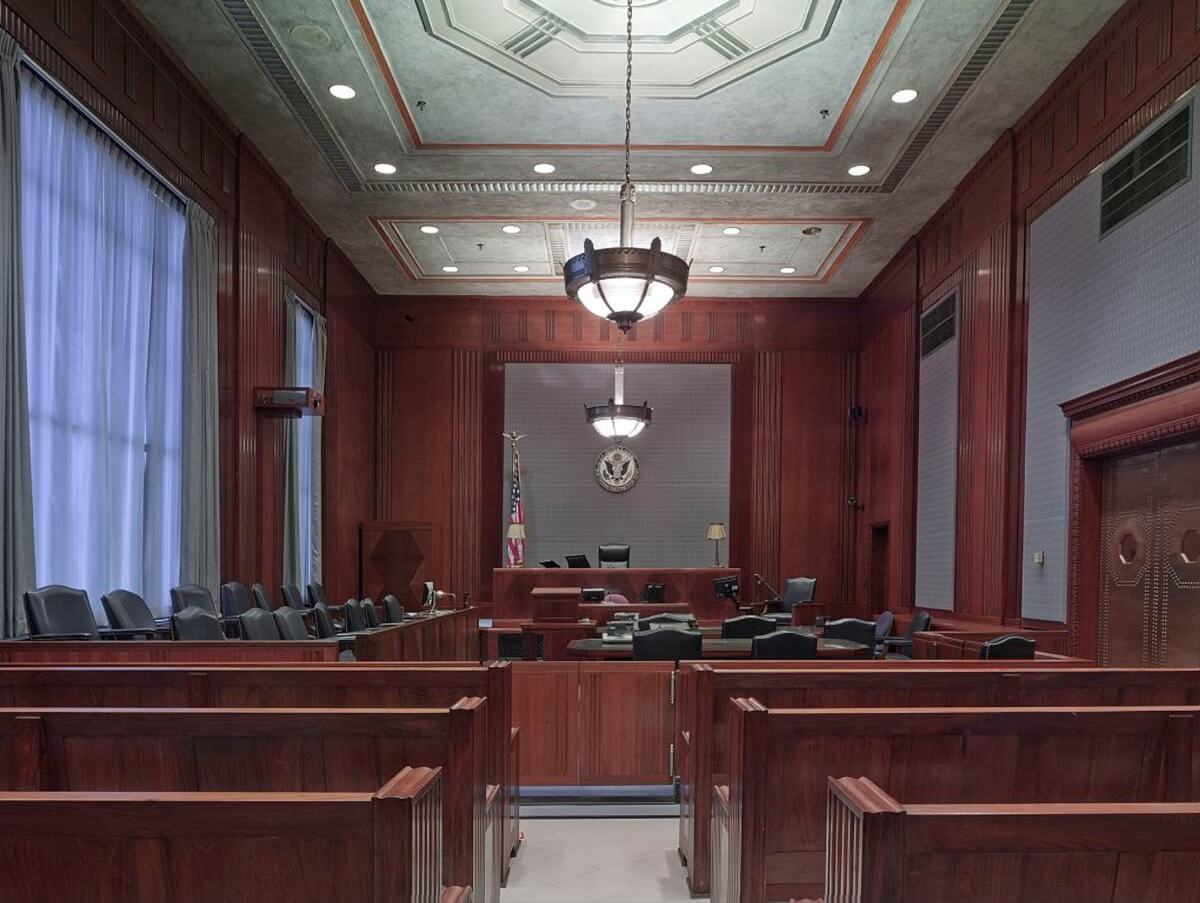 The Bench Trial Process: A Jury Is Not Required

The ISSUE in criminal trials is guilt or innocence. The decision of whether to demand trial by jury is one that an experienced trial lawyer who is an expert in criminal defense should make, due to his or her knowledge of the judge assigned as well as knowing the unique evidentiary and procedural tactics that can bring victory. Having a trial by an impartial jury SOUNDS good, but that option (in some courts in Georgia) can still carry unacceptable consequences.

Plus, due to extensive trial experience, that criminal lawyer near me will know how the trial will “play out” in court, using either method of trial. Only true Georgia DUI defense experts have the depth of trial tactics and can advise you of the likelihood of success, based on the judge presiding, and having full command of the compelling evidence presented.

In any case that can have a significant impact on your future, like a DUI in Georgia, the trial method selection is critical. In GA, misdemeanors (and this includes most driving under the influence cases) are heard by a six-person jury. Since a jury must come back with a unanimous decision of guilty or not guilty, in a high-stakes drunk driving trial, the DUI attorney selects a jury to decide the DUI case.

A Jury Trial or a Bench Trial?

The following are some advantages of using a bench trial, as communicated by our award-winning, Board-Certified criminal defense attorney Atlanta, Bubba Head:

When NOT to Take the Bench Trial Option

Your criminal lawyer may counsel you to NOT take a bench trial with your judge in your municipal court, recorder’s court, or probate court, in Georgia. In some situations, the judge has a track record of deferring to police in “close calls.”

If you have a good legal issue for which the judge denied your pretrial motions, this case often should be tried as a jury trial, and possibly save the cost of filing an appeal later (if you lose at trial). In some courts, the disputed issue at a motion hearing may be granted an interlocutory appeal and defer the jury trial until that appeal is resolved.

On the other hand, choosing a bench trial instead of a jury trial carries potential risks for a defendant in some cases. A person here in the USA on an H1B visa (a “work” permit”), who loses at trial in certain types of criminal cases, could face deportation. He or she may opt to have a jury of the State Court, or Superior Court (in smaller population counties), decide such traffic tickets.

For some serious misdemeanors, like a hit-and-run, DUI, and attempting to elude a police officer, the conviction triggers an immediate license suspension. The timing of this quick court date may take away the client’s ability to work and (by binding over the case for jury selection at a future date six months from now) can be critical.

This jury system quote from U. S. Supreme Court Justice Hugo Black in 1939 sums up the value of a trial by jury, “It is essential that the right of trial by jury be scrupulously safeguarded as the bulwark of civil liberty. Our duty to preserve the Seventh Amendment is a matter of high constitutional importance.”

In a landmark case in 2000, Apprendi v. New Jersey, the United States Supreme Court extended the jury’s decision-making to “every fact necessary to authorize a defendant’s punishment” which must be either admitted or (if not admitted) found to be a fact by a jury, and this proof must be “beyond a reasonable doubt.” Apprendi dealt with federal sentencing enhancement based on aggravating factors and facts.

In state and district courts, in various states, a jury trial is unavailable. For example, NJ does not permit jury trials in first offense DUI, 2nd DUI, or 3rd DUI cases. Nebraska, Hawaii, Louisiana, and Nevada do not allow a jury for a first DUI offense.

Our law office has four different metro Atlanta Georgia locations to accommodate a FREE lawyer consultation near me. Three locations are found in Fulton County (the state’s largest population center), and one is in booming Marietta, Cobb County GA. Read more about our attorneys near me – ex-cop Cory Yager, Board-Certified DUI Lawyer Bubba Head, and AVVO superstar Larry Kohn in the links below. Our experience and legal industry credentials speak for themselves. No other three-attorney firm has a better command of Georgia DUI laws. 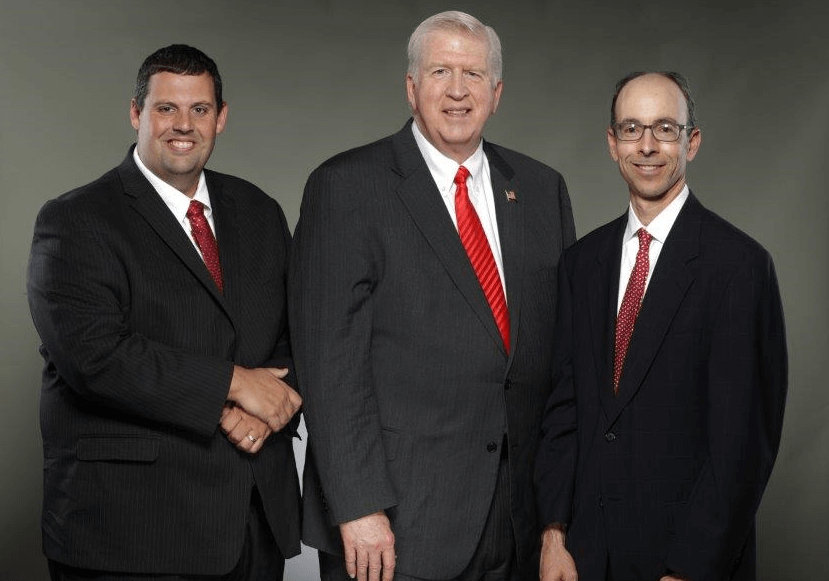 If our law firm locations aren’t close to your court, our three criminal justice attorneys are glad to refer you to a qualified DUI attorney in a city near your DUI court location. Dial 404-567-5515, 24 hours a day and seven days a week.

Information on DUI in Georgia

How to Win a Bench Trial

How to Beat a Blood Test

Do I Need a Lawyer for DUI?