First Hour of Radio Broadcast about Driving Under the Influence in Georgia: “Georgia DUI Attorney Bubba Head explains some of the consequences and penalties of a DUI conviction” and explains “the legal limit for drivers age 21 and over and those drivers under age 21.”

Quote by Adam Goldfein: “In the studio, William ‘Bubba’ Head who is, I would say, the TOP criminal defense attorney for drunk driving in the country.” This article assesses whether Georgia attorney Adam Goldfein was correct in his praise of William C. Head.

Do I Need a DUI Lawyer? If So, Who Is the Best?

Depression, anxiety, and disappointment are three words of rejection we hear from clients and their family members when our interview takes place. Being arrested makes people FEEL guilty or even “dirty” by being jailed with a bunch of people unlike them.

Fighting a sense of “doom,” some people foolishly try to self-assess their chances of winning the DUI in GA. The operable word here is “FOOLISHLY.” This person would never think of conducting his or her own appendectomy yet does not seek to REMOVE a DUI in GA. 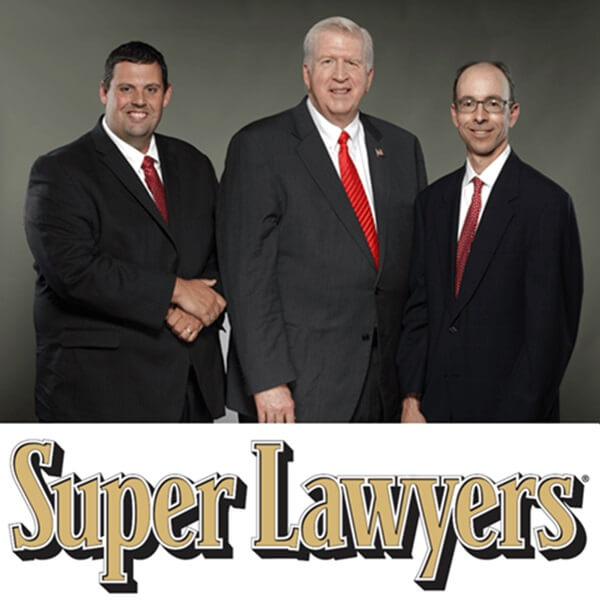 After being arrested for a less safe DUI or DUI per se for DUI in Georgia, some people are so depressed that they dwell on their mistake the night before and not on beating the criminal charges. Fear of the unknown can be a powerful enemy. The three partners at our DUI lawyer law firm WELCOME a potential client’s evaluation of other “criminal lawyers near me.”

Comparing these bad facts to your DUI arrest in Georgia may dissuade you from thinking you have no chance to beat a DUI in court. If you QUIT and plead guilty with one of the cheap DUI lawyers, you WILL be found guilty. Giving up is NOT what got you this far in your LIFE.

As much as any city in the nation, Atlanta, GA has some of the best-known experts on DUI laws in America. These highly-trained experts are skilled at beating a DUI charge. Mastering the complexities of Georgia DUI laws is the first step. Focused training on the science behind law enforcement tests is next in importance. Finally, getting courtroom EXPERIENCE is the last step.

How do you know which of the criminal attorneys near me ARE experts in drunk driving defense? Multiple credentials and legal practice recognitions are needed. To facilitate this analysis, let’s look at our three DUI lawyers in Georgia.

First, narrow down your list to the firms with a Board-Certified DUI Defense lawyer. The state of Georgia has only four such law firms, and our law office is one of those firms. Bubba Head has been designated as an ABA Board-Certified DUI specialist for two decades.

Second, all three of our attorneys have been invited to write NATIONAL legal book chapters for national criminal law treatises. No other three-person criminal defense lawyers’ firm can match that.

Searching for the Best DUI Lawyer in Georgia

As mentioned above, our Atlanta law firm has three different law book authors, which is unique in Georgia and possibly all of America. Plus, what other three-attorney criminal law office has EVERY lawyer as a Super Lawyer?

Mr. Head’s The Georgia DUI Trial Practice Manual (shown above in GREEN) has been in circulation for a quarter of a century. His book is now 1400 pages in length and costs $491 for the 2018 edition. Even at this price, the DUI book is the second-highest-selling book on Georgia laws for publisher Thomson-Reuters. Significantly, Mr. Head wrote his first DUI book, 101 Ways to AVOID a Drunk Driving Conviction, in 1991 with the late Reese I. Joye, Jr. 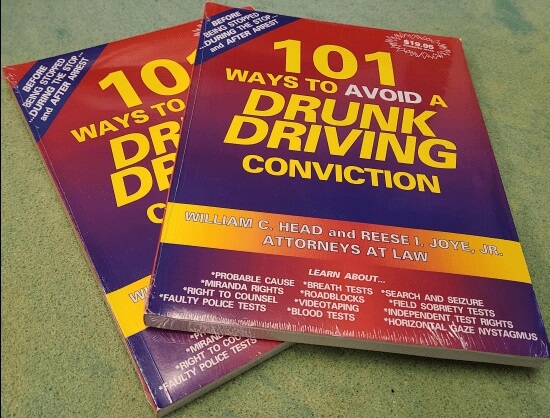 Next, how many law firms have the ONE DUI attorney in America to be voted the nation’s BEST by the country’s largest DUI defense specialty group, the National College for DUI Defense? Take the list of honorees from every other lawyer ranking service and group that publishes peer-reviewed ratings for attorneys, and THIS special award sets William C. Head apart from all others in Georgia and the United States.

America’s most exclusive and selective organization for publishing lawyer ratings, Best Lawyers in America, has (for 11 consecutive years), named DUI attorney William “Bubba” Head as the best in Atlanta twice (2012 and 2017). Read more about Mr. Head at U.S. News & World Report. Partner Larry Kohn was also designated by Best Lawyers in 2018 and 2019.

Another business rating service, U.S. News and World Report, has repeatedly named William C. Head’s law firm as one of the Best Law Firms in America. These awards parallel the Best Lawyers designees.

America’s oldest lawyer rating service, Martindale-Hubbell, has been in business since 1868. The organization is dedicated to strict peer review of potential attorney listings in their directory. Martindale named William C. Head to their highest possible ratings for skill level and ethical conduct for two decades. More than five years ago, Partner Cory Yager reached that plateau of superlative legal service to his clients.

A successful defense record for all Atlanta DUI attorneys in the law firm must include possessing the ability to neutralize field sobriety test evidence and finding ways to eliminate breath alcohol test results, especially where the BAC “number” is in excess of the legal alcohol limit. Plus, knowing the LAW is critical, which entails that our DUI attorneys are familiar with every prior appellate decision on Georgia DUI laws and especially Georgia implied consent law.

Drugged driving cases have grown by 100 percent in the last 15 years. Sleep driving DUI cases, after taking prescribed medications for insomnia or pain management, are up by 400 percent. All Atlanta attorneys at our law office have received advanced training on how to fight GBI laboratory tests when blood or urine are involved in a DUI-drugs case.

Plus, a conviction for DUI-drugs has more devastating DUI penalties in Georgia than a DUI-alcohol case, due to the more severe loss of driving privileges and other types of entitlements (e.g., loss of the GA Hope Scholarship due to a “drugs” conviction).

Each DUI attorney in our law office possesses special training on debunking “drug recognition” officers’ training and roadside tests like the “modified Romberg test.” The less-extensive ARIDE protocols require that our criminal defense lawyers know how to challenge a GBI blood alcohol or drug test. Each of our Atlanta lawyers is an INSTRUCTOR in the three NHTSA standardized field sobriety tests (SFST), which exceeds the training of most police officers making arrests for DUI in Georgia.

If You Are Going to Fight DUI Charges, Choose From the Best Law Firms Near Me

The best DUI lawyers in Atlanta, Georgia will offer you a FREE attorney consultation, explain how their criminal defense attorneys review your DUI case facts, and implement a game plan for winning. Our three Georgia Super Lawyers aggressively represent clients accused of committing crimes through filing and arguing suppression motions and motions to LIMIT the admissibility of state test evidence, called “motions in limine.”

Limit your search for legal representation to a lawyer for DUI who has achieved legitimate legal industry excellence as shown by attorney ratings, and who possesses a track record of proven drunk driving defense results knowing how to beat a DUI. If our law firm has the RIGHT criminal defense attorney for you, ask our law office about our DUI attorney payment plans.

For a FREE lawyer consultation, call our DUI attorneys NOW, 24-7, for an initial criminal case review and to obtain FREE legal advice: 404-567-5515, or email our criminal justice lawyers.