DUI attorney William C. (Bubba) Head of Atlanta GA is recognized by other DWI-DUI lawyers across the nation as one of the most highly-accomplished attorneys in the field of DUI defense and criminal law. After teaching criminal defense attorneys at hundreds of legal seminars, starting in 1977, Mr. Head has become one of America’s best-known drunk driving lawyers. 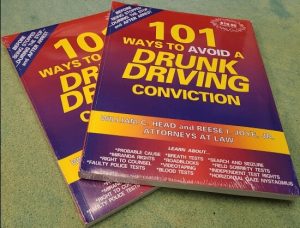 Plus, through his drunk driving books, starting with 101 Ways to Avoid a Drunk Driving Conviction in 1991, he has openly and continuously shared ideas, trial strategies, successful motions and jury persuasion techniques with his colleagues, including his competitors.

Because of his knowledge, mentoring, and training initiatives, the DUI lawyer has received numerous endorsements from his fellow attorneys. A common theme that comes up often in Mr. Head’s endorsements is his support of training programs for young attorneys. He is known as a mentor for both new attorneys as well as his experienced peers in the field of criminal law and DUI defense. 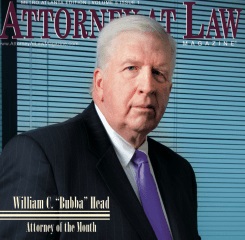 Bubba Head’s fellow attorneys also speak highly of his work ethic. One attorney has stated that Mr. Head’s work ethic is “legendary,” and that he works tirelessly to reach the best possible outcome for his clients facing a DUI in Georgia. Another fellow attorney states that Mr. Head is so dedicated to his clients that he often begins his day at 4:30 a.m. and doesn’t stop working until 9 o’clock at night.

Mr. Head’s books are also mentioned in several endorsements. A Gainesville, GA attorney states that he uses Mr. Head’s book every time he represents a client who has been accused of drunk driving.

A Harrisburg, PA attorney wrote a touching endorsement regarding Mr. Head’s altruism toward his fellow attorneys. He states that Mr. Head sponsors training classes for many Public Defenders, and helped form the National College of DUI Defense and the Defense of Drinking Drivers organization in order to better the DUI defense community as a whole. Mr. Head also provides counsel to attorneys who are just beginning their careers.

One Denver, CO attorney, who has worked as a DUI patrol officer, DUI prosecutor, and DUI defense attorney, wrote that when he’s asked who’s the best in the field, he says “William Head.”

About 6 years ago, a seminar was being held in Atlanta for about 60 DUI attorneys from across America. Scientific speakers, including the gentleman who wrote the words below, were speaking. The speaker is Ed Fitzgerald, former Green Beret in Vietnam, and co-author of a multi-volume set of books on the SCIENCE of DUI Defense.

“This concerns something that by definition is ‘off topic’ but something that I feel every person on this listserv ought to know about.  In what, as we all know, is necessarily a highly competitive profession, Bubba Head, our outstanding Georgia brother, remains one of the consistently most generous (to his colleagues) lawyers I have ever encountered.”

“I first met Bubba when he invited me to participate in one of his Atlanta programs in the late 1980s, and over the next twenty years, I suppose I lectured for him about 8-12 times, possibly more. In every instance, because of the quality of the programs he put together, I walked away afterward with far more than I ever brought to the table.  Getting to know Bubba and the kind of genuine professionalism he represents remains one of the highlights of my legal experiences over a number of decades.”

“When Jimmie Valentine and I put together the program on Drug Pharmacology that was just presented in Atlanta last week, Bubba was one of the first lawyers we contacted and invited to participate, but he had to decline because of other competing commitments, including his trial schedule at that juncture—and that was a big disappointment to Jimmie and I.”

“On Saturday morning, however, on the last day of the program, he showed up for a very brief visit.  Strictly as a “boon” for us and a benefit for our attendees—on that visit he brought boxes of his national book on DUI defense (see cite below*) so we could hand out a “gift copy” to every person in attendance. He also brought, to be raffled as gifts for attendees, two copies of Garriott’s Medicolegal Aspects of Alcohol, 5th Ed, and another copy of one of his own Georgia books on DUI defense.

“He then left the scene as the program was getting started, and was gone without even waiting for us to introduce him or thank him publicly—while he was present—for such an outstandingly generous contribution to our attendees.”

“Okay, let’s all of us take a minute and make a list of all the attorneys we know that would do something like that—drop off gifts like that to benefit a program in which they are not even involved, when no public or potential clients are there to know about this when the beneficiaries are solely your fellow lawyers.  Gee! I’m done with my list! It didn’t take long and it is very short.

“And, yes, in fact, there are others who are similarly generous with colleagues.  But—on my list, the number one name at the top is, and I suspect always will be, “William C. “Bubba” Head, Esquire, the gentleman from Atlanta, Georgia.” 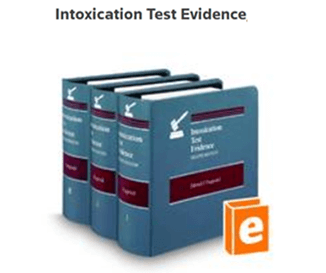 If Facing a DUI in Georgia, Call our DUI Lawyers NOW

Call 41-year veteran DUI attorney Bubba Head today and get honest answers to all your questions. He and two law partners operate a DUI Law Firm in Atlanta, GA dedicated to getting our Clients the best possible solution for their drunk driving cases.

Tell us everything that happened and everything you remember about your DUI arrest. The sooner you call us, the better chance we have to win your case. To contact William Head or his partners and discuss your defense, fill out a free online case evaluation now.

Remember, you only have 30 DAYS to file a driver’s license suspension appeal or apply for an ignition interlock device, or your driver’s license will be suspended for up to one year! Talk to Bubba Head, Larry Kohn, or Cory Yager now. We are available 24 hours a day, weekends, and all major holidays. (404) 567-5515