Vehicular homicide GA (also called vehicle homicide, to signify the death was caused in a traffic incident) is a criminal offense that is charged against the driver of a motor vehicle, that is elevated to a felony homicide by vehicle if one of 5 serious traffic offenses is the underlying moving violation that is the cause of the death. 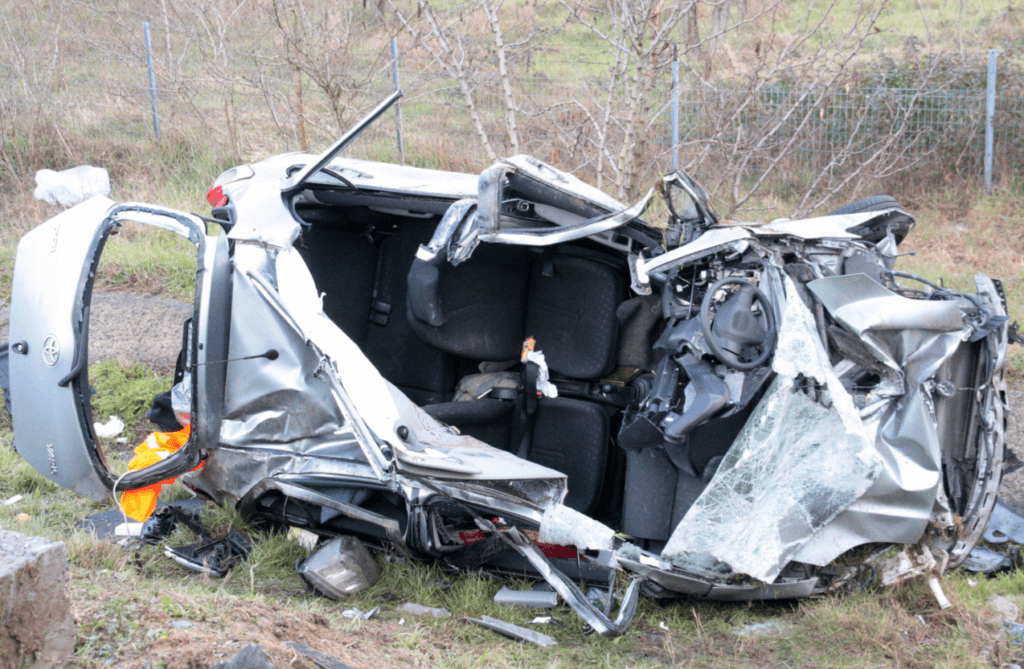 By way of example, of a car slams into the back of another vehicle stopped at a red light due to a driver being distracted by a pet acting up in the vehicle, causing death, the same rear end collision caused by a vehicle racing with another car will be accused as reckless driving, which makes it a vehicular homicide Georgia felony.

Under Georgia’s motor vehicle laws, which are sometimes called “rules of the road,” homicide by vehicle, or “vehicular homicide,” is the unintentional killing of another person while operating a car, truck, motorcycle, SUV, or other motorized vehicle while committing SOME type of moving violation.

As delineated above, the charge can be felony or misdemeanor, depending on the case circumstances. The unintentional aspect of this driving offense distinguishes vehicular homicide Georgia penalties from intentional killings, like murder, voluntary homicide, etc.

Misdemeanor vehicular homicide cases arise from a less serious driving error of some type, by the accused motorist. This can be made at a red light. Deaths often occur from running a red light or stop sign, due to the perpendicular positions of the vehicles at impact. Other misdemeanor vehicular homicide cases can be from a lane violation, crossing the centerline, failure to yield right of way, following too closely or running a stop sign, or driving the wrong way on a one-way street.

In Georgia, When Is Vehicular Homicide a Felony?

In determining felony vs misdemeanor treatment, Georgia laws distinguish between FIVE serious traffic offenses and all other regular traffic misdemeanor offenses. The deadly 5 are:

❺ Hit and Run (leaving the scene of an accident) when another occupied vehicle or pedestrian is killed. OGCA 40-6-270. 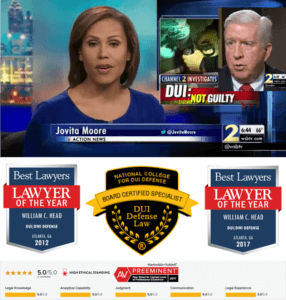 Also, both under Georgia law and similar laws in other states, this category of offenses generally requires that the specific traffic offense by driving or operating must be causally connected to the crash, impact, or accident. This is typically proven by evidence of violation of some “rule of the road” or other faulty driving behavior by the criminally-charged motorist behind the wheel.

The sources of this evidence can come from eyewitnesses, video camera footage (sometimes from adjacent premises), accident reconstruction experts, ERD (electronic data recorder) downloads, circumstantial evidence collected by police from the scene (e.g., fluid trail of the vehicles’ engines after impact), or a combination of these.

One of our common questions from the family of a person in custody for a vehicle homicide is, “What’s the sentence for vehicular homicide?” Until we know which type of underlying traffic offense is involved (serious like DUI homicide or non-serious like following too close), we cannot give a range of punishment, including any jail time.

The starting point for looking at a vehicular homicide Georgia sentence is whether a felony or misdemeanor is involved. Secondly, are any other deaths or serious injuries involved, wherein consecutive sentencing may be imposed by the Judge. Many factors go into this final judicial decision, including the following considerations:

Other than the five exceptions, all other traffic tickets are considered simple misdemeanor “predicate offenses” which only result in potential misdemeanor vehicle homicide punishment. This distinction for vehicular homicide charges is particularly important in determining potential incarceration punishment for the crime. 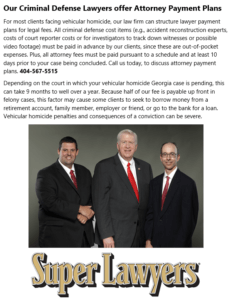