The Florida DUI arrest of golfing legend Tiger Woods for DUI drugs has captured the world’s attention, as all celebrity arrests for impaired driving seem to do. As information detailing the circumstances of the DUI arrest were released by police, it became apparent that this was not a drinking and driving situation, which constitutes over 90% of all DUI arrests.

It was a prescription medication issue. For drivers who are not aware they are DRIVING, an affirmative defense of unintentionally being behind the wheel after taking prescription drugs can be asserted, and Atlanta attorney William Head has won many of these DUI drugs cases. 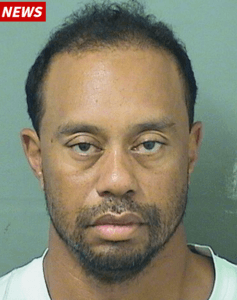 Tiger Woods Reports That He Had ZERO Alcohol in His System

A May 29th statement by Woods, issued after his Jupiter FL DUI arrest, was both apologetic to fans, but also defensive about having no alcohol in his system, and his “unexpected reaction to prescribed medications.” This scenario of a person either being waked up in a stopped vehicle (like Tiger Woods) or sleep driving is one that veteran DUI Attorney William C. Head of Atlanta GA has seen hundreds of times in his 41-year legal career.

These quotes by People Magazine taken from the DUI defense lawyer in Georgia help frame how the DUI against Tiger Woods can be defended.

“It’s much more common than people think,” Georgia-based criminal justice attorney William C. Head tells PEOPLE. “But when people have something like this happen to them, they just walk in and plead guilty. You might not ever even know you were driving.”

Bubba Head says the scenario is familiar: “This happens thousands of times every year. The person is just like a sleepwalker. They’re out doing things that they’re not aware of. Even when you wake them up, they won’t remember what they did.”

The drugged driving defense expert adds that if Woods decides to fight the charge, a major factor in the case would be the amount of drugs in his system at the time of the incident.

“Those levels are gonna be critical because if he took the therapeutic dose — in other words, he took what he was supposed to — that’s an explanation of how he got there,” Head tells PEOPLE. “If he’s going to argue not knowing that he’s driving, that [could help his] defense.”

However, Head says Woods’ comments could hurt his case, should he decide to fight the DUI charge.

“It’s a mea culpa statement and it implies that he knew what he was doing,” he tells PEOPLE.

Many people accused of DUI drugs may not know that these cases can be won, by knowing how to defend the criminal charges. Our DUI law firm has handled hundreds of similar cases, when clients can explain how the sleep driving event occurs.

Although sleep medications are the most common cause of sleep driving, a concoction of pain medications with other prescribed drugs can trigger the same somnambulant driving event experienced by Tiger Woods.

For a drugged driving case anywhere in Georgia, call William C. Head, or his law partners, Cory Yager and Larry Kohn. 404-567-5515. We will discuss your case 24 hours a day. Don’t plead guilty to a crime that you were unaware was taking place.