The “modified Romberg Test” for DUI is still used by some police officers today to try to determine if a driver is intoxicated. This FST is also called (by police and police ONLY) the modified Romberg Balance Test, and it is a non-standardized roadside test, which means it is even more subjective and unreliable than the standardized tests, and has no proven laboratory studies under double-blind, controlled conditions, to support its claimed reliability.

A DUI Romberg Test Is Not a Standardized Field Sobriety Test

The NHTSA standardized field sobriety tests are the (1) horizontal gaze nystagmus (HGN) or eye test, (2) the walk and turn (WAT) or heel to toe, and (3) the one-legged stand (OLT). Other than these three roadside evaluations, there are NO OTHER “standardized” agility tests, psychophysical tests, or divided attention tests with NHTSA-funded controlled studies that applied some modicum of “the scientific method.”

Do NOT Take ANY Roadside Tests – All Are Voluntary and Optional

WORD TO THE WISE: Every single sobriety test that an officer requests you to perform at the roadside – including a DUI Romberg test — DO NOT legally have to be performed. These so-called sobriety tests are VOLUNTARY! No penalty is assessed for simply saying “No, thank you.”

These roadside evaluations have never been correlated with driving ability, or to actual “sobriety.” The controlled studies paid for by NHTSA were done in 1977 and 1981, and were structured to see how well-trained officers could do at detecting which test subjects were at a 0.10 grams percent BAC level or above, regardless of their visible signs of impairment.

Taking a field sobriety test — even ONE — can only harm your chances of defeating the drunk driving charge, especially if your case goes to trial and a jury is shown your poor performance recorded on the police video. No competent DUI lawyer in America would tell a citizen to attempt these. The Romberg test is no different than the NHTSA SFST tests, in that no “science” supports a correlation between your performance on field sobriety tests, and having a BAC level in excess of the legal drinking limit.

The so-called Romberg’s balance test or modified balance test DUI is a seldom-used additional roadside screening evaluation. This exercise requires a driver to stand still with arms down by his or her sides, head tilted back slightly, with his or her eyes closed, and counting silently to the number of seconds the officer gives you, which is supposed to be 30 seconds.

The officer is supposed to look for and document your loss of balance, eye flutters, excessive swaying, and a few more possible “manifestations” that have never been proven — in ANY scientific studies — to mean ANYTHING. But, the officer will claim whatever comes to his or her mind, since it is going to be later used to give a jury some alleged physical “proof” that you are either older than 40, a klutz, cannot estimate time, or all three. But, the officer will say it shows that you are “positive” for impairment.

In no way does this police “test” prove impairment, nor does the modified DUI Romberg test prove drug usage. Zero proven correlation exists, for proving — medically — anything whatsoever.

However, performing the police modified Romberg test is especially difficult for multiple reasons. First, when the head tilt occurs, the inner ear vestibular system gets altered, and this causes an imbalance in most people, even when he or she is 100% sober. So, this police evaluation naturally CREATES imbalance, and many people have fallen and seriously injured themselves.

Second, Dr. Romberg was looking for symptoms of syphilis, not impairment from drugs or alcohol. The baseline used in Romberg’s test was to look straight ahead, eyes open, arms hanging comfortably at your sides, and not trying to estimate any “time” at all. The medical professional needs to determine if an imbalance occurs when the eyes are allowing the test subject to see the horizon and objects around them. What does syphilis have to do with DUI? Not a single thing!

Third, a medical test following a REAL Romberg balance test is done in a lighted room, with no distractions. Such factors must be eliminated to isolate on the issue at hand, which is to determine a person’s inherent ability to stand NORMALLY, and maintain reasonable balance, with and WITHOUT eyes open, for 60 seconds. These medical evaluations are never done on the side of a busy road at night, on an uneven surface, with blue lights swirling in your eyes.

This original, medical balance test is named after a nineteenth-century German neurologist, Moritz Heinrich Romberg, and it is used to measure neurological function in a doctor’s office. It had nothing to do with drinking or using drugs. Plus, the methodology has one minor variable that occurs for phase 2 of the Romberg test: closing your eyes while facing straight ahead. 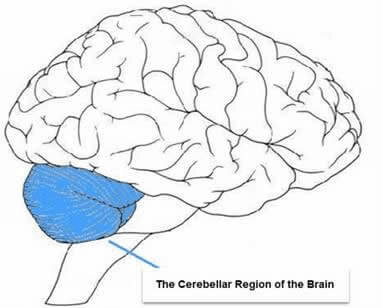 Taking an ARIDE course or drug recognition training (DRT) course teaches cops to believe that a modified Romberg balance test can prove alcohol impairment or marijuana use. Marijuana DUIs are on the rise, especially as more states legalize weed, hence the Romberg test is used more often in states like Colorado, California, Washington and the District of Columbia. A Marijuana Romberg test is instructed the same way as the alcohol Romberg balance test, but the officer somehow is able to decide if you are “high” or not.

Again, do not take this test. It only adds to the prosecutor’s evidence against you in your DUI drugs case or DUI alcohol case.

Th best DUI lawyer in Atlanta is Bubba Head, based on multiple attorney rating sources. If you were arrested for either DUI-drugs or DUI-alcohol, call criminal defense attorney Bubba Head or one of his law partners today at (404) 567-5515. Partners Larry Kohn and Cory Yager have taken dozens of advanced training courses to help them know how to beat a DUI and how to get a DUI reduced to reckless driving.

Just by calling us, you will receive a FREE professional case consultation from one of our DUI defense lawyers. Each attorney with our DUI law firm is a 2017 Super Lawyer, and have all been recognized for law practice excellence in the field of drunk driving defense.

Let our law partners tell you about the many DUI case wins we have had. In his 41-year legal career, Bubba Head has become nationally famous for being the best DUI attorney in Georgia. All of our Atlanta attorneys are extremely thorough in going over the police evidence in your DUI case, from your breathalyzer test results or blood test results to your performance on a field sobriety test.

Use of the modified Romberg balance test is very rare in Georgia, with metro Atlanta police departments instead relying on the 3 standardized field sobriety tests: the HGN, WAT, and OLT.