Multiple reasons exist for this answer, starting with the fact that several states’ legislatures have made the act a CRIME (reducing DUI to reckless driving) in those states. Oregon, North Carolina, and several others have stepped up to block a prosecutor’s discretion in having a DUI plead down to reckless driving. Any prosecutor doing this can be charged criminally, and Judges will not participate in an illegal reckless disposition, in those states.

A second obstacle to having a DUI dropped to reckless driving is that in every state, including Georgia, the Judge has to approve any negotiated plea deals, including one that calls for DUI reduced to reckless driving. Some pro-prosecution judges in various states have adopted the role of the prosecutor and preempted the use of using reckless disposition to resolve a questionable driving under the influence case.

A third problem with reducing DUI to reckless driving is that virtually all states have determined that reckless driving is NOT a “lesser included offense” of driving while intoxicated. So, the Judge is not allowed to give a jury instruction that authorizes the jury (if they think the DUI evidence is weak) to “compromise” by finding the person guilty of reckless driving (since it is NOT a lesser included offense). Unlike Colorado and New York which have a DWI-DUI and a DWAI, Georgia has no lesser offense of “driving while ability impaired.”

This dichotomy forces the jury to either unanimously find the defendant guilty or unanimously find insufficient evidence, beyond a reasonable doubt, which means a “not guilty” verdict, or (if all cannot agree) this means a mistrial, which allows the trial to start over on a future date, and a new jury try to decide it.

So, in states (like Georgia) that have precluded a reckless driving disposition for a citizen only charged with drunk driving, jurors are blocked from having full options as to what to do. Therefore, in these states, DUI-DWI lawyers have no method or option to get a DUI reduced to reckless. 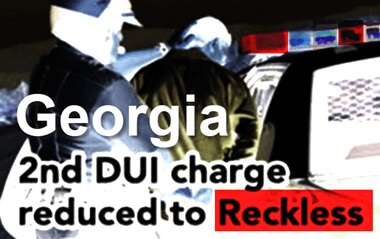 Getting a DUI Reduced to Reckless Driving in Other States

Most states, fortunately, leave the decision of reckless driving vs DUI to their prosecutors. States like Florida, Alabama, South Carolina, Tennessee, and Georgia all permit such compromise resolutions to be done, without a crime being committed.

However, in these states, such deals for reducing DUI to reckless driving are typically only allowed when the DUI-DWI attorney has uncovered problems with the State’s case, through diligent investigation and knowing every aspect of drunk driving defense, and especially every aspect of police officer training in driving under the influence cases.

This advanced training includes being an NHTSA standardized field sobriety test instructor, taking the ARIDE course, taking a DRE overview course, plus being fully trained on the state breathalyzer test used for breath alcohol testing, plus taking a forensic laboratory, multi-day, hands-on training course, as well as fully versed on implied consent (the state statutes that are used, after a drunk driving arrest) to legally coerce that suspected impaired driver to now submit to a State test of breath, blood or urine, to determine the alcohol level of quantity of drugs or marijuana present in the person’s system.

Hire an Experienced DUI Attorney With MANY Successful DUI Defenses

Last but not least, hire the best DUI lawyer, with huge numbers of successful DUI defenses, wherein he or she obtained a DUI reduced to reckless driving Georgia case resolution. This critical factor separates the very best DUI lawyers from all others and goes far beyond simply getting the full training on forensic science, laboratory error, breathalyzer malfunctions, and flawed field sobriety test administration.

ACTUAL TRIAL EXPERIENCE, or “just doing it” is irreplaceable in reaching the top echelon of the best DWI lawyer or best DUI attorney in your state. ASK pointed, direct questions, and ask for case reports of actual litigated cases from this whichever drunk driving lawyer candidate you are considering. DUI lawyers with full training but have fewer than a total of 1000 contested drunk driving cases and drugged driving cases should be put on your “B” list.

This recent quote (below) from an international magazine, on an unrelated type of professional specialization, orthopedic knee replacement surgery, explains the intangible value of having the person handling your DUI case who does the same “duties” EVERY day, 50 to 100 or more times a year:

All Doctors (and Lawyers for DUI) Are NOT the Same

Finding a good surgeon is partly a numbers game. Research suggests that you’ll do best with an orthopedic surgeon who does more than 50 knee-replacement operations a year. Patients of low-volume surgeons were twice as likely to score poorly on recovery of normal function measures such as being able to fully extend their knees two years after surgery. (Source: AARP Magazine, February/March 2017, p. 67).

This analogy between trials and surgery is “spot on” correct. There is no substitute for experience and prior successes in getting DUI reduced to reckless driving. Getting a DUI in Georgia reduced to a Georgia reckless driving is the “gold standard” for DUI defense attorneys, and what most of our clients are seeking, when they hire our DUI specialists. 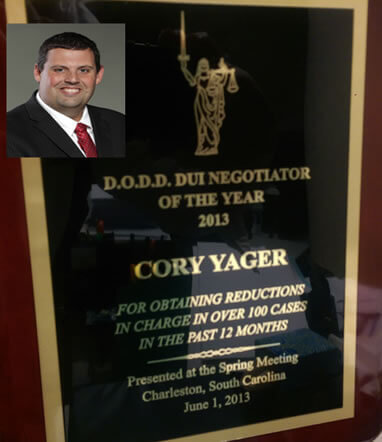 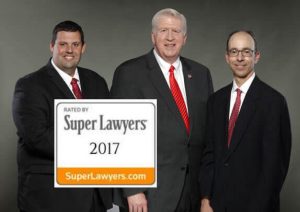 All three of our Super Lawyers, William C. Head, Cory Yager and Larry Kohn, have over 1000 successful reductions of charges from DUI to a reckless disposition, or even a less serious charge, like speeding, or failure to maintain lane. In many cases, after conducting pre-trial motions, we get the DUI dismissed, entirely.

For the last 6 years in a row, partner and ex-DUI police officer, Cory Yager, has exceeded 100 cases for which a Georgia reckless driving disposition, a DUI dismissed or a reduction to a lesser traffic offense (like speeding, failure to maintain lane, or following too closely) occurred. Shown here is one of his statewide DUI attorneys awards.

Call us for a FREE lawyer consultation today, at 404-567-5515. A DUI specialist at our DUI law firm will speak to you 24 hours a day, to assist you in accomplishing your goals to KEEP driving, not have a DUI on your criminal record, and restore your life, as best we can.

Plus, we send an initial contact email with a FREE PDF copy of Mr. Head’s 430-page book on your legal rights, when facing a DUI in Georgia. No Georgia DUI lawyer or criminal defense attorney Atlanta has more Super Lawyers recognition than Bubba Head. If you need an attorney’s fee payment plan, we are willing to work with you. A DUI is too important to NOT fight a drunk driving case.

Watch this YouTube video on reckless driving and DUI from 2008:  and read this Google+ article on reducing a DUI to reckless driving from a couple of years ago, by Mr. Head. Ask or one our partners, including Board-Certified DUI Specialist, Bubba Head, the Georgia lawyer with more awards, and “DUI attorney of the Year” awards.