What is Paraphernalia? Drug Related Objects Law in Georgia

Following the launch of the Nixon Administration’s War on Drugs, most American states (including Georgia) enacted drug paraphernalia statutes designed to stop or control the sale of devices that can be used to grow, produce, process, store, ingest, inhale, or inject illegal drugs.

The Georgia laws are broad, and do not limit the application of the provisions to only a few devices or products (e.g., pipes, bongs, needles). Nor is the law limited merely to marijuana use. Any drugs or illegal substances, such as crack, cocaine, heroin, or a designer drug or synthetic compound are also targets of these drugs products laws.

About 5% of our clients pulled over for a traffic offense have some drug-related object in their vehicle, when police encounter them. Often, these drug objects are found in the inventory search. Whether an arrest is made for the traffic citation or not will depend on other evidence of criminal activity discovered through the officer’s senses (i.e., smell, vision, or hearing).

Common sense tells you that a garden-variety traffic stop can escalate to an arrest for felony drug possession, or possession with intent to distribute, and greatly complicate your traffic ticket encounter with law enforcement. 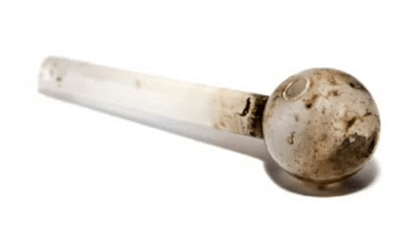 Georgia has enacted two statutes, OCGA 16-13-32 (enacted in 1978) and OCGA 16-13-32.1 (enacted in 1981), that make criminal any sale or transaction of a “drug-related object” a crime, and possession of these same objects “a criminal act.” The second law was passed to specify “what is paraphernalia drug” and how broad and comprehensive the prohibition of any paraphernalia items or product can be as being adequate evidence of circumstantial evidence of a violation of the paraphernalia drug statutes.

So, possession of an item that is otherwise lawful (e.g., a 6-inch long piece of ¼” diameter plastic pipe) can violate this paraphernalia law, especially when residue from prior use is discovered. 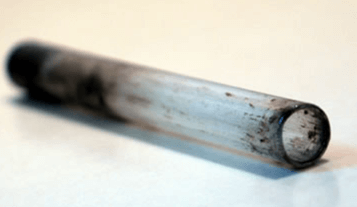 Penalties for violating either “drug-related objects” code section has three stages of increasing punishment. A conviction for a first offense is a misdemeanor, and carries no minimum or maximum jail time or fine.

Similarly, a second conviction for a drug paraphernalia offense requires no minimum jail time or fine, but is a high and aggravated misdemeanor, which pertains to any jail time required by the judge, as part of the sentence. Any incarceration sentence cannot be shortened to less than 26 days of every 30 days of the sentence. So, a 60-day jail sentence means not less than 52 days in jail.

The law makes the punishment for a third offense a sentence of from 1 to 5 years in state prison, plus a fine of not more than $5000. For those who don’t get the message, Georgia paraphernalia drug laws communicate a message of confinement, for third or subsequent offenders. 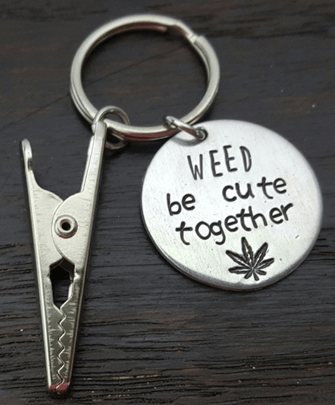 Are Paraphernalia Laws Connected to Felony “Intent to Distribute?”

Where a person with a prior intent to distribute felony drug conviction was later arrested for misdemeanor possession of two small bags of marijuana and drug-related objects (drug paraphernalia), and nothing else, such evidence collected by police, without more evidence, did not support a jury verdict of drug possession with intent to distribute.

The following case creates a clear line that a trial judge cannot ignore lack of evidence, and allow a jury to convict on supposition and conjecture:

On the other hand, possession of drug paraphernalia (when felony drug quantities are part of the evidence collected) can be a piece of the Prosecution’s case for possession with intent to distribute or drug trafficking. This Georgia appellate case talking about the State trying to establish “constructive possession” of drugs found in the same vehicle as the driver, highlights what types and categories of evidence is sufficient to convict.

Circumstances showing an intent to exercise control over drugs, as required to establish constructive possession, include a defendant’s attempts to flee or elude police; inconsistent explanations by the defendant for his or her behavior; the presence of significant amounts of contraband and drug paraphernalia in plain view; the defendant’s possession of large amounts of cash, other indicia of the sale of drugs, or drug-related paraphernalia; evidence that the defendant was under the influence of drugs; or drug residue found on the defendant. Kier v. State, 292 Ga.App. 208 (2008)

Contact our DUI drug lawyers  for drug paraphernalia defense, in ANY county in Georgia. We travel to every corner of Georgia, when needed, to defend citizens who have too much to lose to put a drug-related objects conviction on their criminal record. 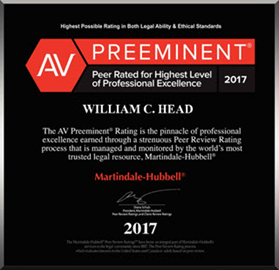 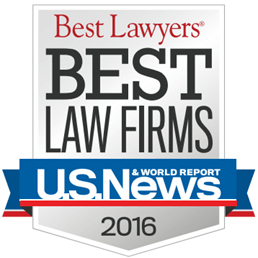 By knowing all plea alternatives to a guilty plea, and being able to review those with our clients, we can improve our clients’ options in almost EVERY case. Plus, remember that 100% of those clients facing paraphernalia drug charges who PLEAD GUILTY are FOUND Guilty.

Your initial lawyer consultation is FREE. 404-567-5515. Since no one PLANS to be arrested, we work with clients on legal fees and court costs. We offer lawyer payment plans, and can explain alternatives for you to be able to effectively fight your criminal charges.

We will discuss with you how much your criminal defense attorney Atlanta will cost, at whatever stage of the court proceedings we must pursue, to achieve a good outcome for you.