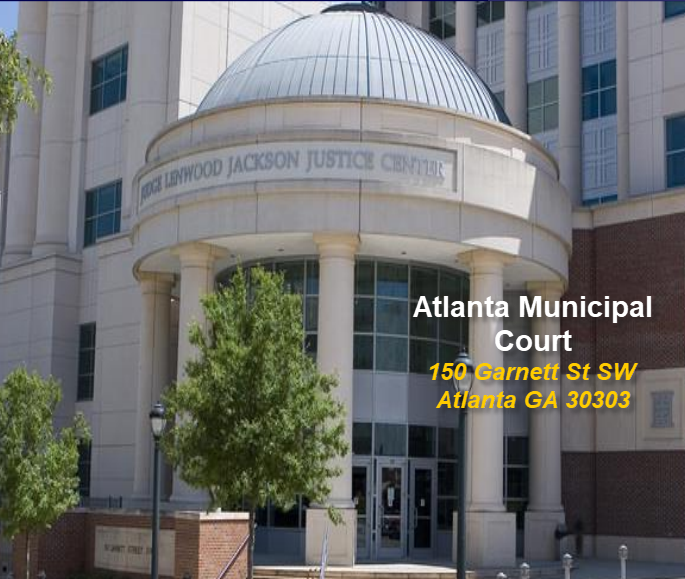 Are you facing a DUI charge in Atlanta Municipal Court? Perhaps you are charged with another serious traffic ticket offense, like hit and run or reckless driving GA. For the more serious charges, you are arrested, and either post a cash bail or get a bonding company to bail you out.

If so, you need to learn the “ins and outs” of the Atlanta Municipal Court. Before you appear in court, it’s important to understand how this non-jury municipal court works – and what you should expect as you move forward.

Today we’re going to preview what happens at the busiest Fulton County municipal court. Our insights provide an in-depth look at how the criminal defense process works and the court personnel that you’ll likely interact with at Atlanta Traffic Court. 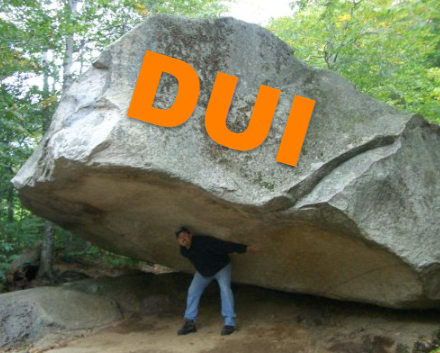 Our three experienced attorneys in Atlanta will also share how our team of award-winning legal professionals can shift the burden off your shoulders and onto ours. When facing a potentially life-changing event, you know in your gut that you don’t want to screw up your chances to find a favorable solution for your pending misdemeanor or felony case. Ex-cop Cory Yager made over 1,000 DUI arrests, and saw many people come to court only to get hammered when they tried to self-represent.

Does all of this feel like unfamiliar territory? That’s why our Atlanta attorneys are here to help, with a FREE consultation. Just dial our main number at 404-567-5515, even on weekends and holidays.

The Limited Jurisdiction of the Atlanta Court

The Atlanta Municipal Court is the official name of the Atlanta Traffic Court. It handles State of Georgia misdemeanors and city of Atlanta ordinance violations.

Located at 150 Garnett Street, Atlanta, Georgia, this downtown courthouse is the official traffic violations court for misdemeanor motor vehicle crimes and Atlanta municipal ordinance violations. This high volume court processes more than 250,000 cases per year which is roughly 5,000 cases per week. Working a 5-day week, that is 1000 cases a day.

Which drivers will walk through those doors? Anyone charged with violating the following traffic violations within the city limits of Atlanta:

Steps to Take After a Misdemeanor Arrest or Ticket in Atlanta

Immediately following your misdemeanor arrest, the arresting officer will seize your license. Then, you will likely receive an 8.5-inch by 11-inch form titled “DDS Form 1205”.

Issued by the Georgia Department of Driver Services (DDS) and delivered under the state’s Implied Consent Law, this form is designed to outline and officially jumpstart your Administrative Drivers License Suspension. Within the document, you’ll find all of the details you need to know about your pending license suspension, along with verbiage on what to do next.

When you receive this form, it’s important to read it carefully. A veteran traffic ticket lawyer in Georgia for more that 20 years, Larry Kohn is also one of the top 5 highest-rated Georgia attorneys when it comes to AVVO lawyer ratings. He has handled over 1000 traffic tickets in the Atlanta Municipal Ct. 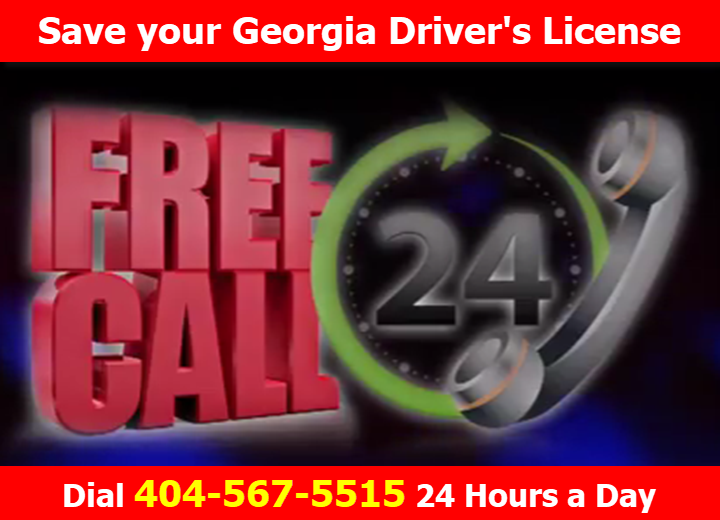 In addition to serving as an Official Notice of Intent to Suspend, the form will also act as your temporary driving permit for a period of 30 days after the incident date, if it’s signed by your arresting officer. Despite any other timelines you might find on the form, this is the one to write down.

Your temporary license expires in 30 days, after which you will no longer be allowed to legally drive for up to one year. That means you need to take quick action and develop a strong argument that can help you win your case on your day in court.

This is where it pays to partner with a qualified and experienced Atlanta DUI lawyer. Our team of designated Super Lawyers, including William C. Head, Larry Kohn, and Cory Yager, is the best in the business. We know how to beat a DUI in Georgia, and we’re ready to help you learn, too.

Appearing at the Atlanta Municipal Court

Why should you send a lawyer in your place rather than facing the charges yourself? In addition to having the industry expertise necessary to win, your lawyer can also save you from having to miss work, school or any other obligations. In some cases, your arraignment can take place the very next day, and it’s unlikely that you’ve planned for such a scheduling conflict!

Think you can just miss your court date and reschedule it for a later date? That’s the one thing you absolutely do not want to do.

The legal term for a no-show is “Failure to Appear” or FTA. If you’re slapped with an FTA, you could face harsh legal and financial consequences, including a fine of up to $100. Moreover, if you don’t correct the FTA by the next business day, the Georgia DDS could suspend your driver’s license.

Your Arraignment in Atlanta Traffic Court: What to Expect

On the day of your arraignment at the Atlanta Municipal Court, it pays to leave in plenty of time. Parking in the deck is scarce and most spots are already taken by police officers. You might find that it’s easier to take a ride-sharing service to make sure you show up in time!

First, a judge will call out all the cases on the docket that day. In most cases, the court will process the criminal defense attorney cases first. Then, any other unrepresented people in attendance will be given the opportunity to make any announcements about their case, apply for a public defender and try to talk with a Prosecutor.

Want to get out the door as soon as possible? Make sure you have legal representation!

When it’s your turn to stand up, the judge will read aloud all of the traffic charges against you. Then, he or she will ask how you plea. You can plead not guilty, guilty, or no contest. If you plead the last two, it immediately closes your case and your sentence will begin. On the other hand, if you plead not guilty, you’ll be assigned a

Due to the quick turnaround of most arraignment dates, most people who enter the Atlanta Municipal Court for their first appearance (arraignment) are still working to obtain legal representation and figure out how they want to plead. They also want to learn more about how the DUI penalties work and all the consequences they could face with a DUI conviction.

As such, nearly all the initial cases become reset or can be bound over to either the State Court of DeKalb County or Fulton County State Court, with a future court date set about two to four weeks out from the original arraignment date. Our law office does NOT suggest blindly binding over your case, until you can receive and consider the Prosecutor’s offer.

If you desire a non-jury trial (also called a bench trial), then you can request that the Atlanta Judge of Municipal Court continue to decide your criminal case. Note that in DeKalb and Fulton counties, your case will be decided at a jury trial, unless your DUI attorney waives that right, for strategic reasons. Thanks to the Atlanta Solicitor’s Expedited Disposition Plan, the judge in your court should be able to resolve your drunken driving case in six months or less.

Still, that’s a long time to forfeit your right to drive, as well as jeopardize any personal or professional relationships. You need a law group that knows what it’s doing, and knowing when to accept a negotiated resolution, or to counteroffer or to bind over the case to State Court.

Another reason to keep our legal team on speed dial is to protect your right to drive. Car accidents happen all over the metro Atlanta counties daily, and being able to contact experienced criminal lawyers in Atlanta.

Even after you’re released from jail and gathering your personal belongings from your vehicle, the State might be able to suspend your license for up to 12 months under the Georgia implied consent law. This is part of our DUI laws in the Official Code of Georgia Annotated (OCGA).

For most clients, our legal team facilitates filing an appeal of the DDS 1205 form, to the Office of State Administrative Hearings. This appeal goes to DDS GA. In some cases, you can avoid this one-year suspension by agreeing to install an Ignition Interlock Device (IID) on your vehicle, although this isn’t permissible in all cases. 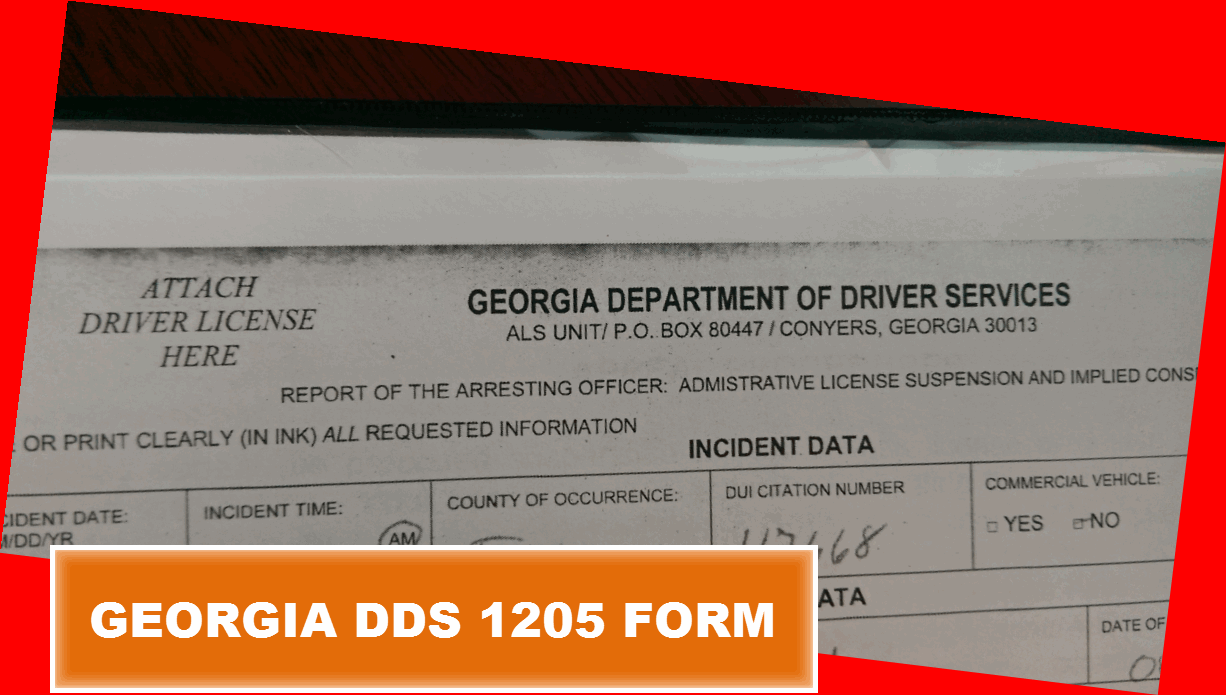 Why Choose Our Team of DUI Lawyers in Atlanta?

A DUI charge is one of the most serious and significant criminal convictions in the state. When you’ve just been arrested, you’re likely confused, blurry-headed and understandably overwhelmed. Our legal team for DUI defense is led by America’s top-rated DUI lawyer, William C. “Bubba” Head, who is one of only 4 Board-certified DUI attorneys in the entire State of Georgia. He was to driving force behind the launch of the National College for DUI Defense (NCDD.com). Plus, he wrote his first drunk driving book in 1991, on how to beat a DUI.

That’s where we come in. We have lawyers representing clients at the Atlanta Municipal Court every single day. We’re well-versed in how this process works and we know what to expect. We’ve seen it all before and we’re ready to help you fight for your rights. 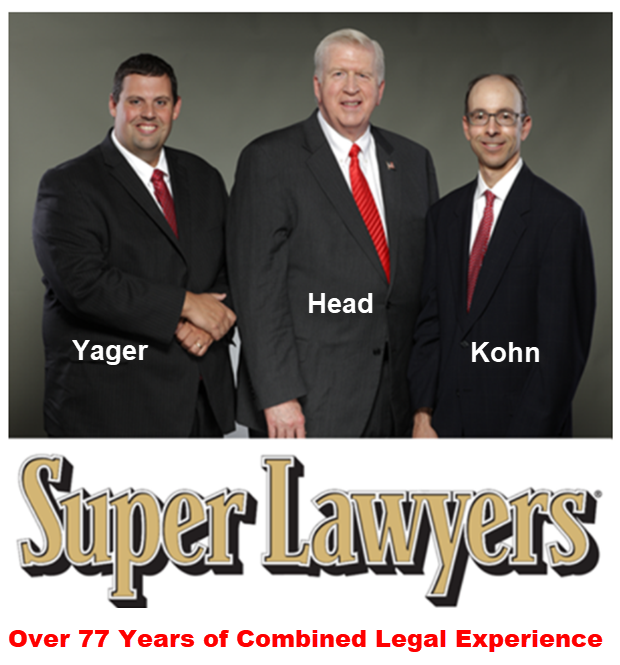 Our lawyers have a combined 77 years of experience in the field of criminal defense and we have a high success rate with cases just like yours. So, whether your Georgia DUI case involves an accident, suspended license, or is a drug possession arrest. Our Atlanta lawyers might even be successful in arguing your case on the issue of whether it’s your first offense DUI arrest or a 2nd DUI in 5 or 10 years.

In many situations, our law firm partners have been able to secure our clients’ release from jail. This keeps them from missing work and reconnects the client with his or her loved ones much quicker. Like surgery, trying to do specialized work for yourself in a criminal court is not wise.

Finding a non-DUI solution is our central goal. In some cases, this objective can be accomplished by obtaining a reduction of charges. For example, for most clients, having a DUI reduced to reckless driving is a highly desired outcome. For others, the reckless driving disposition can take away their job, so a trial may be needed.

Fighting to prevent a DUI conviction is a mandate for most of our clients. Appearing without representation puts you to the back of the calendar, and then you must “guess” at how to approach the prosecutor.

Remember that Atlanta Municipal Court is the starting point of cases originating within the Atlanta city limits. But, if no satisfactory deal is available in this court, requesting a jury trial will cause a bind over of the case to State Court.

An experienced DUI lawyer can help mitigate the consequences of this action, and we’re the best in the business. In addition to our Super Lawyers recognition, we’re also proud to be named one of the U.S. News and World Report’s Best Law Firms in America for the last decade. Mr. Head has been named to Best Lawyers in America for over a decade.

If you’re facing a DUI Atlanta charge, contact us today. Our Atlanta attorneys will provide a free consultation and evaluate your Atlanta DUI case. Most clients tell us that knowing what to expect helped them move forward with work and family after being reassured that their case was manageable by our criminal justice attorneys near me.

Visualize our Georgia DUI attorneys shifting this heavy burden off your shoulders and onto ours. Let our experience and our know-how in criminal courts across Georgia guide the path of your case. Remember that our reputations are based on being able to be successful in most of our prior cases, for other clients. That is where our attorney ratings come from.

Links to News Stories about the Municipal Court of Atlanta