What is a DUI in Georgia? Many citizens arrested for a DUI in GA go to the Internet to locate accurate Georgia DUI information on the criminal accusation. They soon learn that Georgia drinking and driving laws do not criminalize merely having alcohol and then driving. This article discusses the very common question, “Is a DUI a felony in GA?”

Like other states, DUI laws in Georgia were originally targeted to those drivers impaired by alcohol or drugs. In the Peach State, this type of DUI charge is referred to as “driving under the influence DUI less safe.” In many DUI cases in GA, two or more types of DUI offenses will be accused against the citizen arrested by law enforcement.

Is DUI a misdemeanor in GA? Statistically, your DUI traffic ticket is most likely a misdemeanor. Only about 4% of Georgia arrests in 2021 are fourth in 10 years offenders or more.

The Georgia DUI statute. Our current DUI Georgia statute (OCGA 40-6-391) now has what is called DUI-per se laws. When a BAC (blood alcohol content) test (collected after arrest from a breathalyzer or blood alcohol test) shows a reading above the legal limit, you can be prosecuted for having that unlawful amount of alcohol in your system. Here are the top 11 ways to beat a DUI in Georgia.

This unusual description of a per se DUI (to DUI attorneys) means that a driver who shows no signs of intoxication or being obtunded by improper drug intake or usage can be convicted of DUI GA charges merely by having too much alcohol or any trace of certain types of “controlled substances” (impairing drugs) in his or her system.

What happens with a GA DUI implied consent refusal to be tested, after my DUI arrest?

All states have laws that call for any arrested DUI driver to submit to a blood, urine, or breath test to reveal his or her blood alcohol level or the type and quantity of drugs in the driver’s system. Because driving on a state’s highways is a “privilege” and not a protected legal right, this type of denial of the right to drive has survived legal attacks on its constitutionality. 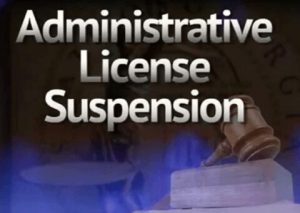 These civil laws are generically called “implied consent laws.” Instead of looking ahead to a possible criminal conviction, these driver license suspension laws focus on taking away a person’s driver’s license for a full year in Georgia, through the use of an administrative license suspension.

What happens after a DUI refusal to test? Implied consent laws have been used in Georgia for over 60 years. Since their inception, ALS (administrative license suspension) laws allowed a person to file an appeal and challenge the legitimacy of the implied consent civil action.

This option remains one of two choices for a driver accused of refusing post-arrest forensic testing. Once you retain legal counsel, he or she will either file the appeal within 30 days and will request a hearing with an administrative law judge or direct you on how to obtain an IID permit at a DDS GA office to install the IID on one vehicle.

The penalties for a 1st offense DUI are not too onerous. The court will order payment of a $300 to $1000 fine plus surcharges, 24 hours in jail, 40 hours of community service, alcohol and drug dependency evaluation, DUI classes (risk reduction), and license suspension. 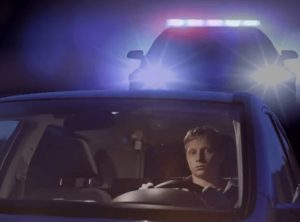 A new statute enacted in 2017, OCGA 40-5-64.1 helps many first DUI offense clients. This recently enacted statute will allow a Georgia licensee who is a first-in-five-year offender, with no prior DUI convictions or administrative license suspensions within the prior 5 years the OPTION to install an ignition interlock device (IID) in one vehicle. This option has a strict 30-day time limit (after arrest), so, he or she must first obtain an interlock-restricted driver permit from GA DDS.

Many very stringent rules apply to the use of such an IID, including a mandate that the device must remain on one vehicle for a full year, even if your DUI attorneys get the criminal case dismissed. The law does not permit a driver to get two interlocks for different vehicles. Plus, a new traffic violation can cause the loss of all rights to drive.

A 2nd DUI conviction carries all the requirements of a first offense DUI, including driver’s license suspension for 36 months, 24 hours of jail time, attending a risk reduction program (DUI school), surrendering all license plates on every motor vehicle titled in the driver’s name, perform a minimum of 240 hours of community service, pay a fine amount of $600 to $1,000 plus surcharges, pay for the publication of notice about your arrest, with your mugshot and a summary of the terms of your conviction in the local newspaper.

So long as the convicted driver has completed or is enrolled in risk reduction and stays totally suspended for 120 days, plus is in alcohol and drug treatment, he or she can seek an interlock-restricted license (called a limited driving permit). To regain license reinstatement early, under this plan, the person must pay to install and maintain an ignition interlock device for not less than a full 12-month period.

A person with 3 DUI in GA convictions within 10 years faces a misdemeanor, but it is upgraded to a   high and aggravated misdemeanor. The minimum mandatory jail time jumps to not fewer than 15 days in jail, but the 240 hours for community service is identical. Many judges give months of jail time to those offenders, however.

The third DUI, however, triggers a driver’s license revocation, meaning that the driver is removed from the rolls of licensed Georgia drivers. He or she will later have to start over, to try to regain driving privileges.

While very similar fines and other penalties as apply to a 2nd DUI in GA also applies for a DUI 3rd offense, one more major legal burden is added. However, the DUI third offender will be declared a “habitual violator” meaning that he or she cannot sit behind the wheel of any motor vehicle, without committing a felony offense in GA. Any HV conviction triggers up to 5 years in state prison.

This section sets forth a quick preview of the long, punitive list of DUI punishments for any repeat offenders, and the importance of selecting a qualified DUI lawyer to represent you. The quality and thoroughness of your DUI defense often make the difference between conviction and dismissal of the DUI charge.

When is a DUI a felony in Georgia? For drunk driving or drugged driving convictions, within any 10-year time frame, a 4th DUI will be accused as a DUI felony in Georgia. Be aware that merely being charged with DUI is not a conviction, and this important distinction is why our DUI law office exists.

Is DUI a felony in Georgia? Looking at the date of the arrest for that person’s first offense DUI in GA, to the date of arrest of the fourth DUI in GA, this requires a felony prosecution under DUI Georgia laws if within ten (10) years. If Georgia police find that DWI-DUI convictions have occurred in other states, the prosecutor in the accused person’s current case will order (from those prior court cases) certified copies of those prior convictions to use for enhanced punishment in Georgia, against a repeat offender.

Until July 1, 2008, DUI Georgia laws had no felony DUI law. Many offenders had accumulated over 20 lifetime DUI convictions, which were all misdemeanors.

What is the Georgia zero tolerance law? Underage drivers less than 21 years of age are held to a zero-tolerance standard for their BAC level when tested under implied consent law.

Is a 5th DUI in Georgia always a felony? No. If the 4 prior cases all had arrest dates outside the 10-year “washout” period used by Georgia, no mandatory jail punishment or other legal sanctions are mandated.

Our Marietta GA office in Cobb County is a 3-minute walk to State Court. The other three offices our law office maintains are in Fulton County GA. One site is in downtown Atlanta, one is in Alpharetta and the main office is in Sandy Springs.

DUI Georgia Law: What Is the Statute of Limitations on DUI in GA?

For a FREE lawyer consultation and initial free legal help, why not contact attorneys with top credentials and thousands of successful case resolutions in Georgia? No other law firm in GA has three legal book authors, like Larry Kohn, Cory Yager, and William Head.

Our attorneys for DUI have over 80 collective years of DUI defense work under our belts. Our legal team will provide you with a free PDF copy of William Head’s 430-page book, The DUI Book, which explains DUI law at a layperson’s reading level. Call today at 404-567-5515, for your free consultation.

Before going to court alone for your arraignment, know what rights you may be giving up. Since this first court appearance is an important stage of your criminal case, and starts the clock ticking on your available time to file targeted pretrial motions and demands for discovery upon the prosecutor, why screw up your chances of beating a DUI?

Copyright 2021, William C. Head. The website content provided here is for informational purposes only. This content and links to other resources may not be up-to-date or 100% precise and should not be considered legal advice. Your private information will be kept in confidence, as part of our law office’s privacy policy. Use of this website in no way creates a lawyer-client relationship. Representation only occurs once a legal fee contract is in place between our client and the law firm.