By: Larry Kohn, Super Georgia DUI Attorney and Named by Best Lawyers in America as One of Georgia’s Top DUI Defense Attorneys 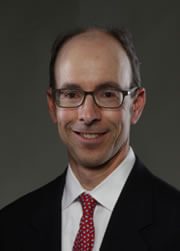 Our metro Atlanta Georgia law firm has three top-rated Georgia DUI attorneys near me in the 19 metro Atlanta GA counties. Along with ex-cop turned DUI defender, Cory Yager, we cover the entire state of Georgia for our clients.

He and his law partners have represented over 12,000 criminal law and traffic offense clients, the large majority of which were for DUI charges (impaired driving). Mr. Head has traveled outside of Georgia to other states to handle nearly a dozen OWI-DUI-DWI cases in Michigan, California, and North Carolina.

One of the members of the legal team is William C. Head, better known by his ubiquitous southern nickname, “Bubba Head.” He is a recognized pioneer in training criminal defense attorneys from across America and Canada on cutting-edge methods of attacking police evidence in driving under the influence (DUI) cases.

Georgia DUI attorney Bubba Head is Board-Certified in DUI defense and a life member of both GACDL and NACDL for over 25 years. He was the driving force behind establishing the National College for DUI Defense in 1995, having already held the inaugural national seminar for “Mastering Scientific Evidence in DUI-DWI Cases” in October of 1994.

He has organized seminars led by legal practitioners with vast experience who have proven their respective abilities to fight and win drunk driving cases. Uniquely, in July of 2003, at the NCDD.com annual Harvard location, the 800 members of that organization named Bubba Head the top DUI lawyer in America.

Bubba Head and The Best

DUI lawyers from as far away as Alaska and California came for the novel training on the Intoxilyzer 5000. Due to the scarcity of qualified trainers, only one more multi-day course was organized by Mr. Head, in 2004. This course featured Dr. A. W. Jones, the world’s foremost scientific expert on forensic testing of alcohol and other drugs.

In the year 2000, he attended and completed the Borkenstein Institute in Bloomington, Indiana. At this program, he was introduced to the late Dr. Kirk Dubowski, a legendary American breath alcohol expert. Of 52 attendees, Mr. Head was the only DUI defense lawyer at the program.

He also attended the BAC Datamaster training course in Ohio in 2000, before the company sold its assets to Intoximeters. John Fusco and Dave Radomski were part of that factory training staff. Since then, he and the late Tom Workman and Canadian breath alcohol testing expert obtained hands-on use of an Intoxilyzer 9000 device in February of 2017, in preparation for a GACDL DUI Boot Camp program.

The GA DUI attorney also sponsored and participated in America’s first training for OUI-DUI defense attorneys on the same police training course on how to administer NHTSA standardized field sobriety testing in July of 1994. Rick Swope was the leader of a three-police officer team from Florida teaching the course.

In 2007 and 2008, Mr. Head sponsored two national training programs for lawyers for DUI near me. The first was at Emory Conference Center in Decatur, DeKalb County GA in December of 2007. The second was in San Diego CA in May of 2008. Scientific experts in topics like DNA analysis, marijuana testing, blood alcohol analysis, the pharmacokinetics of alcohol, and other topics were studied.

In 2012, at the AAFS.org conference in Atlanta, Mr. Head was the Toxicology Section keynote speaker. This was the only time in the organization’s 72-year history that a criminal law attorney for those accused of crimes was their toxicology keynote speaker.

The Georgia trial lawyer and 44-year GA BAR member is a veteran legal book author on Georgia DUI law since 1995. That was his second book on defending drunk driving cases, after “101 Ways to Avoid a Drunk Driving Conviction,” written in 1991.

So far, in 2020, GA native William Head has co-authored or authored over a dozen books on DWI-DUI laws over the past 29 years. he has trained over 25 best DUI lawyers near me since the 1980s as law students, associate attorneys as well as his two current law partners.

Because breath alcohol testing is the most common forensic test, Mr. Head has fought and beaten over two dozen DUI cases where the client’s BAC level was more than 0.20 grams percent. In some cases, this was by proving police officer error in administering the post-arrest tests or reading an implied consent card that contained false threats of consequences to an out of state license.

Other cases were won by proving reasonable doubt of a breath alcohol reading caused by contamination or interference by other volatile chemicals (e.g., toluene, plumber’s glue used to connect plastic piping. Other cases focused on the client’s health conditions, including diabetes, denture appliance problems, hypoglycemia, GERD (gastroesophageal reflux disease) or other causes of breathalyzer malfunction.

With over 400 trial victories in Georgia, and thousands of reductions of charges without going to trial, Mr. Head’s reputation for aggressive defense for his clients is nationally known. Mr. Head also has won a felony DWI for a repeat offender in Buncombe County, NC, and an Intoximeters EC-IR source code challenge in San Diego, California. In addition, he has consulted on over 500 other cases handled by other lawyers, including his current and former law partners and associates.

During his career, he has handled over 200 appellate-level criminal and DUI law appeals. These topics ranged from denial of suppression motions prior to trial, over 40 implied consent challenges, failure of a trial judge to stop improper vouching by the prosecutor in closing argument, failure of a trial judge to excuse biased jurors from the venire panel, sufficiency of the evidence at trial, and failure to exclude a breath alcohol test based upon confusing post-arrest police advisements.

William Head has been co-chairing or chairing continuing legal education seminars since 1978. His passion for learning cutting-edge court case preparation skills, motion practice, and trial tactics has had him chairing, speaking, or attending nearly 425 legal seminars in his 44 years. 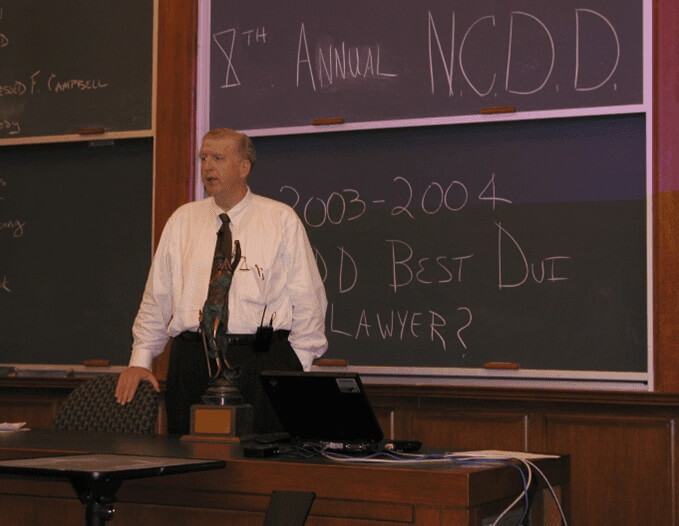 This has helped elevate the knowledge base for hundreds of America’s best DUI attorneys near me in states like Mississippi, Alabama, Maine, and North Carolina.

While CLE (continuing legal education) is mandatory in most states, Mr. Head has sought out and even created advanced training programs to hone his litigation skills. Some of the primary topics of these presentations include these criminal laws and driving while intoxicated educational presentations:

The DUI defense lawyer has garnered the highest attorney ratings from Super Lawyers, Martindale-Hubbell, Best Lawyers in America, Best Law Firms in America, and a host of other lawyer rating services. Calling soon after a DUI arrest permits Mr. Head to timely obtain a DDS GA hearing, so our clients can continue to drive.

The experienced DUI lawyer near me encourages those who need help saving their job and being able to later find work without being penalized by DUI convictions. Call today, before your license is suspended within 30 days, for your FREE consultation. 404-567-5515.

After an arrest (or incident for which indictment is likely), the information you obtain from this website or receive from a related social media accounts on Twitter, Facebook or a YouTube video download does not constitute legal advice that you should rely upon. Nor are our image resources, infographics, charts on this website, or the attorneys’ profile, attorney ratings, or blog postings to be considered by people in legal trouble as rendering a legal service or form of legal advice for any specific case.

Our criminal justice lawyers in Atlanta invite you to contact us for a free lawyer consultation and welcome your email communication, chat responses, phone calls, letters, and electronic mail. Our law group maintains a strict privacy policy, and (if you do not hire us) we shred your paperwork. Contacting our criminal law attorneys (through any communication method) does not create an attorney-client relationship.

Please do not send any confidential information or legally protected health records to us until such time as an attorney-client legal service relationship has been established. At that time, you and your attorney will sign an agreement on the terms and conditions of our employment.