Alcohol – The Leading Drug for Substance Abuse and DUI in Georgia

Alcohol Is #1 for Substance Abuse in America

Because alcohol is readily available worldwide, this is the number one type of drug addiction and substance abuse problem in America. Consequently, alcohol is the leading type of driving under the influence case in every state every year due to ubiquitous use in social gatherings, and by people who have an alcohol addiction problem.

In one study, the percentage of DUI-drugs users in 2004 was about 7% of all DUI arrests. That left 93% as driving under the influence of alcohol, or DUI alcohol. In 2014, that same study showed that 18% of the arrests in that jurisdiction had drugs other than alcohol involved. So, alcohol is still the dominant substance consumed in drunk driving cases.

Alcohol Is the #1 Type of DUI in America

Since about 60% of all adults in America consume alcohol weekly, the presence of ethanol (the scientific name for “drinking alcohol”) on the breath of many motorists is common. Of course all states allow drivers who are age 21 and older to consume some alcohol and later drive. Yet, three little-known facts about drinking and driving create major legal problems for those drivers who come in contact with police, and are suspected of possible “DUI alcohol impaired driving.”

First, in almost every state, courts have held that the odor of alcohol – when a police officer notes this fact in his or her police report – is some evidence of possible intoxicated driving. Scientific studies have shown that the STRENGTH of the odor of alcohol cannot prove blood alcohol content, or BAC. The common scenario is for the officer to use this “fact” to catch a driver off guard by asking a leading question, such as “When was your last drink tonight?” Most driver then begin talking, and (from their admissions and own words) self-incriminate by admitting to more than one drink, in that first answer or subsequent cross-examination by the officer.

In almost ALL cases, this initial conversation is NOT custodial and is NOT protected by Miranda rights. This is merely an “initial investigation” to see if further inquiry should be made into this driver’s possible alcohol impairment.

Second, the officer squeezes out as much information on alcohol consumption from the driver, using his or her training on police interrogation. Many officers are trained to then ask about whether the driver is taking any type of medication. Almost all motorists are totally clueless that the admission of use of drugs, even prescribed drugs, increases the chance of being arrested.

Police are now trained in courses called “ARIDE” (advanced roadside impaired driving enforcement) or the “DEC” courses (DEC is an acronym for drug evaluation and classification) that teach officers that alcohol mixed with most drugs causes the user to be more impaired, due to what is called “the synergistic effect” of combining certain drugs with alcohol. 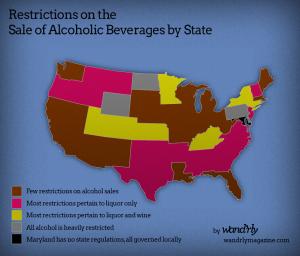 Many categories and types of commonly prescribed medication for anxiety, depression, pain, ADHD and many other conditions — when mixed with alcohol — cause an exponential increase in impairment of the central nervous system and not just an additive effect.

Third, after the self-incriminatory conversation as described above takes place, the driver is going to be asked to perform SOME “field sobriety tests” for the officer to “make sure you are safe to drive.” Officers know that these roadside “tests” are 100% optional, voluntary and cannot be compelled by an officer, so their wording (which is usually being recorded) will “sound innocuous, such as:

“You don’t mind performing some evaluations so that I can make sure you are safe to
drive, do you?”

“Can I get you to blow into this portable breathalyzer so that I can let you be on your
way?”

“I’d like to perform a few simple tests to check for impairment. You don’t have any
problem with that, do you?”

Unknown to most drivers is the fact that these field sobriety evaluations — which are usually caught on video — are the prosecutor’s centerpiece of a criminal prosecution for driving under the influence. This is true even though most police officers administer the exercises incorrectly, and subjectively score the evaluations in a way to support their arrest decision. Also, it is a fact that true, scientific research shows a high “false positive” arrest rate (meaning that drivers who are under the legal limit of 0.08 grams percent are arrested for DWI-DUI.)

Simple solution: NEVER take any roadside “screening” tests at all.

Is Alcohol a Drug?

Alcohol is a drug. It meets every definition of a drug, but is typically ingested in a liquid form. A drug is characterized in several ways, including the following:

So, while the chemical “alcohol” can be used as a solvent, an antiseptic, or even burned as a fuel in a lantern or when mixed with gasoline, the highest commercial use is for making our oldest recreational drug, which has been around for more than 10,000 years.

If you ask a chemist, “What is alcohol?”, you will be told that it’s any organic compound that contains one or more of the hydroxyl groups that are attached to a carbon atom. So, many “types” of alcohol exist such as isopropyl alcohol (rubbing alcohol), methylalcohol or methanol (“wood alcohol”) and ethyl alcohol. All fit the chemist’s definition, but are drastically different — and poisonous — substances. Wood alcohol is highly poisonous, and is commonly used in paint removers and in other industrial or automotive cleaning applications.

Alcohol Can Cause Death, if Taken in Large Quantities

The substance in beer, wine, liquor and similar consumer beverages is ethyl alcohol or “ethanol”. Like every other alcohol, a sufficient quantity of ethyl alcohol will kill any living creature that consumes it. In smaller doses, ethanol causes a sense of euphoria, relaxation and sedation in the person consuming it. Alcohol also causes many negative and socially undesirable side effects, including aggressive behavior (in some), addiction and numerous other negative health issues such as liver damage, weakening of arterial walls in the brain (leading to stroke) and other negative health problems. So, an alcoholic is truly a drug addict, because he or she CRAVES the next drink, and has a compulsion within the brain to find the next drink of alcohol during every waking moment.

Alcohol is a depressant. For most drinkers, the first drink creates a slight sense of euphoria, or lessening of tension in muscles, which seems to stimulate. But, each drink consumed will further depress the central nervous system. This slows down reaction time for both mental functions, and eventually will obtund large muscle groups, such as the legs and arms, as the dose increases.

By gender, men are heavier drinkers of alcohol than women. This includes both married parents and single parents. By gender, the male is about three times more likely to self-report being AT LEAST a “moderate” drinker. These statistics were reported by www.childtrends.org, using data collected from 2001 to 2014.

Withdrawal From Alcohol Can Be Fatal!

Alcoholics need one or two drinks just to steady their hands. Like any other drug, withdrawal is a physiological side effect created by deprivation of the brain of the drug that is now craved. A person with delirium tremors (DTs) or a heavy drinker who stops “cold turkey” can die from withdrawal. That is why detox facilities are needed to titrate the alcohol off ethanol at a medically-safe pace. Without doubt, alcoholism is a disease, and medical providers know that a detoxification regimen is critical to safely treat a heavy alcohol consumer.

To obtain a “working” knowledge of the pharmacodynamics of drugs and alcohol, a DUI lawyer in Atlanta needs not fewer than 80 hours of training specifically targeted to the science behind the effects of drugs on the human body.

Because all driving under the influence cases focus an impairment, your Georgia DUI lawyer must know the signs of drug abuse and signs of an alcoholic. A DUI attorney who is more interested in the FEE than the CLIENT will often ignore these issues, but does the person a disservice. Your job — as the prospective client — is to cross-examine the criminal defense attorney about what he or she knows about these DUI science fields of study.

The Prosecution will bring expert witnesses to court, as well as testimony of police officers who have gone through field sobriety test training and can testify about their training. The lack of superior, advanced training of your DUI lawyer, in all these subjects means that you have an advocate that is marginally trained, or has superficial knowledge of the subject matter:

To Win a Georgia DUI Case, Hire a DUI Specialist Who Has Been Trained to Know ALL the Information in This Article About Georgia DUI Alcohol

Very few Georgia DUI lawyers have taken the time and spent the money to obtain training in the SCIENCE of alcohol. Even fewer DUI attorneys have taken the necessary training to be able to effectively cross-examine a state chemist or toxicologist on drugs. This is not training available in any law school in America. It only comes from special training courses taught by scientific experts such as medical doctors, Ph.D pharmacologists and Ph.D chemists with extensive training in the pharmacokinetics of all drugs, including alcohol.

When deciding on your Atlanta drunk driving lawyer, research his or her scientific training on drugs and alcohol. If this information is not displayed on his or her website, ask pointed questions of when, where and by whom he or she was trained. Common answers to sidestep these questions often include these “dodges.”