What Is Implied Consent & How Can I Avoid a Driver’s License Suspension? 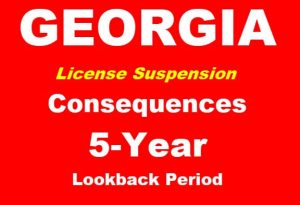 All states in the USA have an implied consent law. These traffic safety statutes are only relevant to people arrested for drunk driving or drugged driving and only pertain to administrative license suspension on an arrest for DUI in Georgia. The process of being arrested for DUI in Georgia creates permanent criminal records that can haunt you for years. It is imperative that you retain the best DUI attorney in Georgia to fight your case.

In the early days of automobiles in America, no laws existed to force people to submit to a blood test or a breathalyzer test. So, police needed some sort of LAW (legal authorization, or legal coercion) to lawfully request submission to a breath alcohol test, or a blood test for drugs. State legislatures across America enacted these implied laws to give police officers the ability (after you are arrested for suspected DUI) to notify you of the consequences of the refusal of implied consent testing for impairing substances.

What is allegedly “implied” is that (by using state roadways in Georgia, paid for by taxpayers) you have implicitly AGREED that (if lawfully arrested for drunk driving) you will consent to give up a forensic test that quantifies your BAC level. In Georgia and all other states, your driver’s license is at stake if you refuse an implied consent law test, as requested, of the type of test the law enforcement officer is seeking (blood test, breath alcohol test, or urine test – or all three, under GA DUI laws). 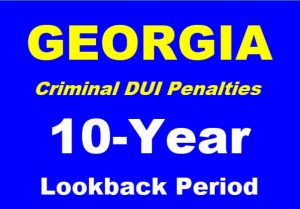 Georgia driver’s license reinstatement, after DUI charges in GA are made, is available to first DUI offense drivers licensed in GA who are age 21 or over. This is true unless the person loses the administrative license suspension hearing for “refusal” to blow into the breathalyzer AFTER your arrest for a DUI in GA. This is where the implied consent law in GA calls for a total driver’s license suspension for a DUI refusal to submit.

Additionally, an administrative DUI per se suspension after a 1st DUI in Georgia offers the quickest path (after 30 days of driving on a limited driving permit in Georgia) to obtain a full Georgia license reinstatement under implied consent Georgia laws. Remember, this type of suspension is administrative and not criminal since the DUI criminal case is not yet resolved. DUI Georgia first offense options, insofar as avoiding jail time and being able to obtain a work permit, are far superior to options for drivers facing a second offense DUI in the last 10 years.

A person with the misfortune of incurring a 2nd DUI in GA or 3rd DUI in GA, especially if within the last five years, has fewer and much tougher license reinstatement options. Plus, drivers with a DUI second offense are far less likely of getting a DUI reduced to reckless driving in Georgia. Repeat offenders undoubtedly have the greatest need for hiring the best DUI lawyer in Atlanta, but often don’t have the funds or family financial support to hire the best DUI lawyer.

Is the Look-back Period Under Georgia DUI Laws 5 Years or 10 Years?

Until July 1, 2008, all look-back periods were calculated for five (5) years for both (a) mandatory minimum punishments and DUI penalties being imposed, and (b) for being considered a GA DUI first offense. Since changes were made to Georgia DUI laws on that date, Georgia DUI law now utilizes a 10-year look-back period for increasing mandatory CRIMINAL minimum DUI penalties in Georgia. This means that repeat offenders are looking at stiff jail time and hundreds of hours of community service if convicted.

Yet, the DUI first offense look-back period for any administrative license suspension under the Georgia implied consent law remains at 5 years. This complication confuses many people facing DUI arrests in Georgia. The longer time window created by the 10-year look-back period for DUI CRIMINAL consequences and DUI penalties in GA means that more citizens arrested for their 2nd DUI in GA are hiring the best Georgia DUI lawyers to fight their cases.

Our DUI law firm will put up our DUI attorneys’ credentials and track records against any Georgia DUI attorney. If your lawyer for DUI is not fully-versed in the little-known Georgia DUI laws, he or she will not know HOW to accomplish the best deal available.

Ask about our office’s DUI attorney payment plans. Call our DUI specialists, 24-7 at 404-567-5515. When you call our DUI defense lawyers, you will INSTANTLY see and hear a difference from how other DUI lawyers process their clients’ cases. Plus, the valuable and unique Georgia DUI law information we provide is unmatched by any other Georgia DUI lawyers. No other DUI law firm gives you a FREE appointment and a FREE 430-page drunk driving book, as a PDF attachment to our informational e-mail.