Being arrested for a DUI in Georgia for driving under the influence of alcohol or drugs starts a stressful, expensive, and potentially career-changing journey. Unlike may states across America that have some slap-on-the-wrist lawyers for DUI statutes, the Peach State has NOTHING like this for those facing DUI charges. 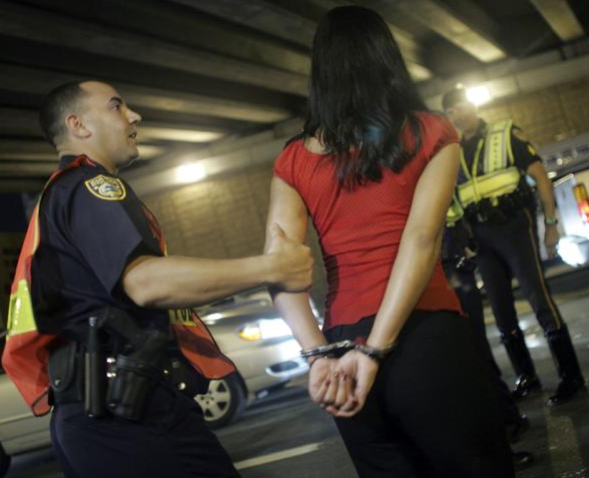 Notoriously tough DUI laws in Georgia make your DUI in Georgia first offense different. If you plead guilty or even nolo contendere to a DUI charge in the State of Georgia, you LOSE. This is because you are putting a permanent criminal conviction on your record that will never “age off” your criminal history.

The only way to WIN is to hire one of Georgia’s best DUI lawyers and FIGHT. Then, the DUI case is challenged on every viable legal issue, constitutional challenge, and police error that was committed. These challenges are undertaken during the investigation, the filing of motions, requesting and arguing pretrial motions, possibly taking a pre-trial appeal and (as a last resort) going to trial.

The first principle that must be understood is that a Prosecutor does not fear a criminal defense attorney who NEVER fights and demands trials. Litigation is a lawyer skill that most attorneys spurn, due to all the work and stress involved. So, you MUST hire an aggressive, knowledgeable DUI attorney with a reputation for FIGHTING.

In an overwhelming majority of our clients’ DUI arrests, our law office’s three partners succeed in obtaining a non-DUI disposition by either:

A. Obtaining a dismissal of the drunken driving charge during the litigation;

B. Securing reduction of charges from DUI to a less serious other offense, and such range from a “basic rules” violation, speeding, failure to yield or reckless driving;

C. After pretrial motions, some cases are appealed prior to the case having to go to trial;

D. By way of a bench trial or jury trial, obtaining an acquittal of the drugged driving or drunk driving offense; and

E. In cases where the trial court made errors, or (during trial) the Prosecutor broke the rules, our Atlanta attorneys suggest a post-trial appeal, to seek an appellate court overturn of a wrongful conviction for our client.

See these 7 examples of the author’s trial cases that were overturned on appeals filed by him or outside counsel:

(4) Atlanta City Court trial where the Prosecutor cheated by vouching for the police officer in front of the jury in his closing argument. (Georgia Supreme Court)

1. My license was taken from me and replaced with a piece of paper called a DDS 1205. Am I going to be able to drive on some sort of limited permit or restricted license? A Georgia licensee on a 1st offense DUI within 5 years, yes, unless administratively suspended, if he or she is age 21 or older.

2. Am I facing jail time for a first Georgia DUI charge? Georgia sentencing guidelines call for 24 hours in custody on any DUI case with a 0.08 grams percent or more BAC level, which can’t be waived.

3. Does Georgia DUI law offer a diversion alternative or a record restriction on a first DUI offense if I successfully complete probation and perform all conditions ordered by the court? No. Georgia’s laws are among the most punitive, due to a DUI 1st offense being a permanent part of your criminal history.

4. The officer says I refused the chemical test, but I did blow into the portable breath test at the roadway. So, why am I facing a DUI refusal in my case? In GA, the handheld, portable Alco-sensor is optional, voluntary and is not an evidential test. Only the post-arrest chemical test is required, under implied consent laws.

5. If am licensed in another state, and I refused to submit to the implied consent test, do I need to file an administrative license suspension appeal to protect my out-of-state license? Maybe not, but the best DUI lawyers near me will want to have a chance to cross-examine your arresting officer at an administrative hearing, to improve your chances of winning your DUI case.

6. If this is my second DUI in GA, but a first in over 5 years, can I get limited driving privileges? Yes, if a Georgia licensee and you are not saddled with a DUI refusal administrative suspension for 1 year.

7. Should I start performing community service hours before I know how my case will turn out? Maybe. Ask your local DUI lawyer about this issue, since he or she will know your court’s requirements for a reduced charge, such as reckless driving GA.

8. If I am licensed to drive by another state, can I attend a DUI school there, if this condition is part of an agreement to reduce my first offence DUI? Yes, Georgia DDS has a list of approved courses in other states.

9. If I refused the implied consent test and received a DDS 1205 form, can the IID (ignition interlock device) be put on more than one vehicle, if needed for my employment? OCGA 40-5-64.1 has no wording to allow this, so the answer is no, until and unless the legal team at DDS Georgia approves this.

10. If convicted of a DUI drugs charge, are the first DUI penalties going to carry harsher punishment than a DUI alcohol conviction? Yes, the legislature in Georgia has statutes that increase loss of license (6 months on a DUI 1st offense) and additional surcharges for decades.

11. What is the punishment for a first time DUI offense in Georgia? Mandatory fine, community service, license suspension, 12 months of probation (minus any time served in jail), DUI classes, and (usually) being assessed by a state-approved substance abuse counselor.

12. If I have prior DUI convictions, is the DUI court my only option for protecting against a long jail sentence? Not necessarily, in most courts. The best DUI attorneys in Georgia know how to “manage” a client’s case to fit what the judge will want to see completed in order to not get excessive jail time.

13. With a DUI child endangerment charge added to the DUI less safe against me, what happens if I am convicted of both offenses? You will have 2 DUI convictions within 5 years and will be stacked with punishments being sequential and not concurrent, including license suspension.

14. If I have a DUI in Georgia first offense, are 40 hours of community service mandatory? Yes.

15. If I am convicted of DUI, can my probation be terminated after I finish all the conditions and pay the fines, court costs and surcharges. No, it must stay in place for not less than 12 months.

16. If I have a second DUI within 5 years, can I avoid surrendering my license plates? Not if any vehicle is titled in your name at the time of the plea.

17. How do I avoid having my mugshot and repeat offender case disposition published in the local newspaper, if I am a second DUI within 5 years? It cannot be avoided.

18. How is a 4th DUI offense felony within 10 years different from a DUI third offense misdemeanor? Higher fines and court costs, and up to 5 years in state prison.

19. If I am a CDL license holder and had a DUI in my personal vehicle, will a conviction for driving under the influence take away my commercial driver’s license? Yes, for 12 months. Any 2nd DUI in your lifetime will take it away forever.

20. If my case is in a rural court and there is no DUI Court set up for misdemeanor cases, how can I avoid as much jail time as possible? Your legal team may advise you to transfer the case to the county superior court. This tribunal usually has a Drug Court or other accountability court such as Veteran’s Court or Mental Health Court. Your DUI defense lawyer will know about this option.

21. If I have a conviction for a 2nd DUI in GA within a 5-year period, once I am eligible for an ignition interlock device, can I then drive my children to school and doctor’s appointments? NO. Your restricted, interlock-restricted permit does not allow you to transport your own children, for any purpose. 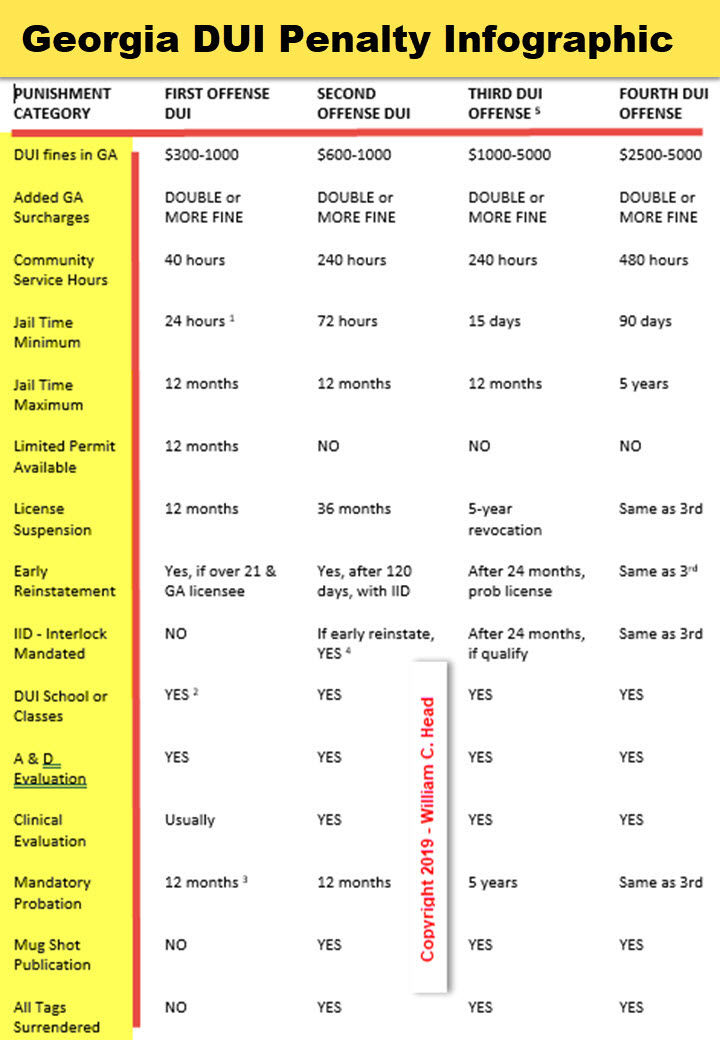