After the Sitz Case, DUI Roadblocks Are Permitted in 38 States and the District of Columbia

Georgia is one of the 38 states that allow safety checks. In addition to these thirty-eight states, Washington, DC also allows sobriety road blocks. However, the State of Washington does not permit random DUI roadblocks. 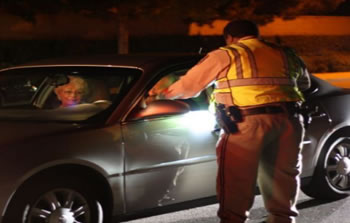 Prior to 1990, states were using DUI check points, and many other types of roadblocks to try to interdict crime. Then, in a landmark decision, the U.S. Supreme Court ruled in the 1990 case of Michigan Department of State Police v. Sitz by a 6-3 vote, that properly-operated check points did not offend the Fourth Amendment of the U.S. Constitution.

As a result of the Sitz decision, other states began to ramp up their police checkpoint enforcement. The Court’s majority opinion in Sitz cited the “carnage on our highways” from drunk drivers as being the impetus to BEND the usual 4th Amendment rules of no random DUI checkpoints.

This need for allowing police safety checks for LIMITED highway safety reasons is how this split decision was rendered. The dissenting Justices pointed out how inefficient and unproductive these police check points were, but a sufficient number of the other Justices felt that any slowdown in DUI-related accidents and deaths was worth taking away our citizens’ right to be free from suspicionless check point encounters with law enforcement.

A few states, like New Hampshire, Massachusetts, Michigan, and Louisiana, have now declared random road checks of their citizens to be a violation of their State Constitution. Following the Sitz decision, many DUI attorneys immediately sought to challenge DUI checkpoints under their State constitution, or (like Texas) through interpretation of the Sitz holding along the same lines as the dissenting Justices in Sitz.

For a variety of legal reasons, a dozen states now prohibit random roadblocks for interdicting drunk driving. Ironically, the State of Michigan is now one of those states. In the aftermath of the U.S. Supreme Court ruling, the Michigan Supreme Court was asked by Mr. Sitz’s DWI lawyer (after the Sitz case was remanded back to the Michigan Supreme Court) that the DUI random police roadblocks complained about in the Sitz case violated the Michigan Constitution under Article I, Section 11. Like Michigan, most of the “no-checkpoint” states prohibit random police check points under their State constitution.

In America, our citizens resent being randomly stopped and questioned by police. Almost every other country in the world permits completely random pullovers of moving vehicles (e.g., Australia, Norway, France, Germany), but our Constitution has greater protection of our citizens. Blue lights and armed police at a roadside is unnerving, and creates fear and anxiety in some citizens. As one dissenting Justice, John P. Stevens, pointed out in the Sitz decision, “[A] sobriety checkpoint is usually operated at night at an unannounced location. Surprise is crucial to its method.”

Their analysis was that police checkpoints should not be allowed (as an exception to our Constitutional right under the 4th Amendment) to not be hassled by law enforcement, in the absence of articulable suspicion of some criminal act having occurred prior to the pullover. The fact that it is Saturday night at midnight, and many bars and food establishments are open and serving alcohol nearby, is merely a hunch.

The very low success rate in detecting and capturing drunk driving suspects means that 1 on 20 or 1 in 30 drivers is arrested. As other motorists are funneled into a single traffic lane, and required to show a driver’s license and proof of insurance, other questioning by police can take 30 to 45 seconds, on a good day.

Although signs are supposed to be used, to notify motorists what is going on further up the road (e.g., “Sobriety checkpoint ahead” or “Driver’s license check”), many roadblocks in GA do not utilize any such signage, and our appellate courts have upheld this practice.

Because these “surprise” tactics place stress, anxiety, and inconvenience on the other 97% of law-abiding citizens who were delayed and questioned by police at a DUI checkpoint, constitutional purists find that such erosion of our rights as citizens are being lost, as America moves closer to becoming a police state.

Do NOT Assume That Your DUI Checkpoint Was Legal

That does not mean that ALL DUI roadblocks are LEGAL, because a myriad of factual issues and technical problems can doom sobriety checkpoints and lead to TOTAL dismissal of a DUI arrest (and other criminal charges made by that same arrest) made at an unconstitutional DUI checkpoint. For DUI attorneys, being able to defend an accused client at one of these unpopular GA driver’s license check locations offers a BETTER chance of getting a DUI dismissed, or possibly having the DUI reduced to reckless driving. By virtue of no bad driving or traffic offense being observed by police, these sobriety checkpoint cases are easier to win, since proof of impairment must come from other evidence.

When a case is totally dismissed for a 4th Amendment violation for the DUI checkpoint, the pending driving under the influence charge is eliminated. If the DUI dismissed is a lawyers for DUI, a second DUI offense, a 3rd DUI, or a tenth DUI, the criminal defense attorney wins the client’s case, when the whole criminal case gets dismissed. Plus, if drugs or other contraband items of any type were found in your pockets, center console, or elsewhere in your vehicle during the inventory search, the illegality of the particular DUI checkpoint also causes those related felony or misdemeanor criminal charges to be thrown out, too. 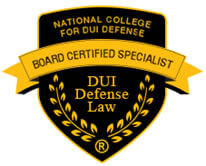 If you were arrested at a DUI checkpoint anywhere in GA, you need to contact our 24-hour lawyers. Police check points can be established in Georgia county or city. The phone call is FREE and the professional DUI case review is FREE. CALL (404) 567-5515. Like hiring a surgeon to replace a hip, you want someone who does this surgery EVERY day. Trial experience in winning roadblocks is an important criteria for hiring a drunk driving lawyer.