If confronted by police for a suspected DUI in Georgia, simply don’t talk, and don’t participate in any field sobriety tests of ANY kind, or take a preliminary breath test (at the roadway, the portable, handheld breathalyzer device), which are all 100% optional.

Only your NAME and ADDRESS is required from you, so SHUT UP. However, if you ARE arrested and cuffed, and the implied consent notice is read to you, then you SHOULD take the official Intoxilyzer 9000 test, in order to not put your ability to drive at risk.

Not taking the State’s test exposes a driver to possible total loss of the ability to drive, or (if eligible) having to install and pay for an ignition interlock device, which was created by a new Georgia implied consent law, OCGA 40-5-64.1, on July 1, 2017. For those who can and do take this IID option, the driver must remain on the IIDLP (ignition interlock device limited permit) for the full 12 months, regardless of the outcome of the criminal case for Georgia DUI.

For a GA DUI arrest, a refusal to be tested is a path to a 12-month TOTAL administrative license suspension, which (under Georgia DUI laws) will be a hard DUI suspension for a YEAR, for those who lose at the ALS hearing, or are not eligible for the Georgia IIDLP, under the new GA implied consent law described above.

CAUTION: Don’t miss filing your 30-day “window of opportunity” to act. Not acting within thirty days leaves you NO OPTION to salvage some driving privilege. which is the means (under GA DUI law) of appealing a proposed one-year driver’s license suspension in GA. This requires a $150 filing fee, and you MUST be able to prove delivery to GA DDS.

We discussed the potential one-year loss of all driving privileges in Georgia, if you lose the “refusal” hearing during the administrative license suspension phase of your case. This legal proceeding is in ADDITION to the pending criminal charges. The same DUI attorney needs to handle BOTH the criminal and the administrative aspects of a Georgia DUI.

The first thing to consider is that you CAN refuse to be breath tested, because GA DUI laws now allow the officer to contact a Magistrate Judge and get a search warrant to have your blood drawn – by force if necessary.

If an accused drunk driver refuses to take the official GA implied consent law breath test for alcohol or a blood test for drugs (after being arrested), the detained DUI suspect also risks having his or her Georgia driver’s license taken away for a year, as described above, and now subject to an IIDLP or risking a Georgia DDS appeal.

What Happens After a Georgia DUI Refusal to Blow?

A DUI refusal can trigger many negative consequences for the person arrested for a DUI in GA. After your arrest for DUI in Georgia, if asked (under the Georgia implied consent law) to submit to breath alcohol testing, you should submit due to the one-year DUI license suspension that can follow a DUI test refusal. Beyond the “search warrant” issue just covered above, there are several reasons for Mr. Head’s general suggestion to submit to GA implied consent law testing.

First, no restricted license or work permit is allowed, for a DUI refusal, and over 90% of our clients tell us that they cannot be suspended for a full year. They all need a work permit, which is unavailable, after a refusal to submit is upheld at the administrative license suspension hearing.

Second, after the Birchfield case, because many more police departments in Georgia are now seeking and getting judicial warrants for blood extraction, where things other than alcohol may be detected in the blood. In the last few years, many of these blood tests by search warrant have been tested at the GBI for both blood alcohol content (BAC), and for traces of marijuana from a blood drug test.

Georgia is a ZERO TOLERANCE state, for purposes of DUI marijuana. That means that if ANY trace is detected, even from use two weeks ago, you will face an additional DUI-marijuana per se case.

Blood tests can lead to police charging multiple types of DUI against you. By taking a breathalyzer test on the Intoxilyzer 9000 after arrest, you get to demand and get an independent blood test at a hospital of your own choosing.

This avoids possibly having a more harmful blood test for drugs (pursuant to a judicial warrant) which is tested by the GBI. This forensic testing will also reveal your BAC levels. Jurors do not usually acquit in cases where the alcohol-consuming driver also has marijuana in his or her system.

By Taking the Intoxilyzer 9000 Test, Can I Get an Independent Test?

If you SUBMIT, be sure to demand your own independent test of your blood – after you have submitted. You need to designate the hospital where you want to get that blood drawn, and ask for a vial of the blood that was drawn, so that you can get independent lab testing.

Those who refuse the official, Intoxilyzer breath alcohol test are not entitled to an independent test. Plus, a search warrant for a forcible blood draw may be obtained by the officer, who can get a Judge to authorize it by electronic (telephonic) warrant.

When May a Police Officer Demand an Implied Consent Blood Test?

If drugs are suspected by the officer, he or she may be able to justify obtaining a blood drugs test, but your DUI attorney may use a pre-trial motion to suppress the factual basis for the blood collection. In the recent Birchfield v. North Dakota case from June 2016, the   U. S. Supreme Court limited when an invasive blood collection can be requested by a police officer making a DUI-DWI arrest, by use of implied consent.

Plus, Mr. Head has a current constitutional challenge pending about the current Georgia implied consent law “language” in the pre-printed card. This appeal may cause your blood test results to be completely excluded.

Because Mr. Head and the partners at his GA DUI law firm have had substantial success in beating the breathalyzer test in Court, we may be able to have the harmful breath test results excluded. Multiple requirements for additional independent testing exist, that the officer must follow.

By demanding your own independent blood test, and at a location of your own choosing, this may help us win your DUI case. Call Bubba Head, Larry Kohn or Cory Yager for a FREE lawyer consultation. 404-567-5515.

Fewer than 2% of all drivers arrested for DUI in GA fail to REQUEST and get their own independent chemical tests performed, after they have submitted to the police officer’s DUI test of breath alcohol or blood drugs testing. When analysis of an independent test is done, only ethanol content should be evaluated, if you are only charged with DUI alcohol in your case.

Call a DUI Lawyer in Atlanta Who Is a DUI Specialist 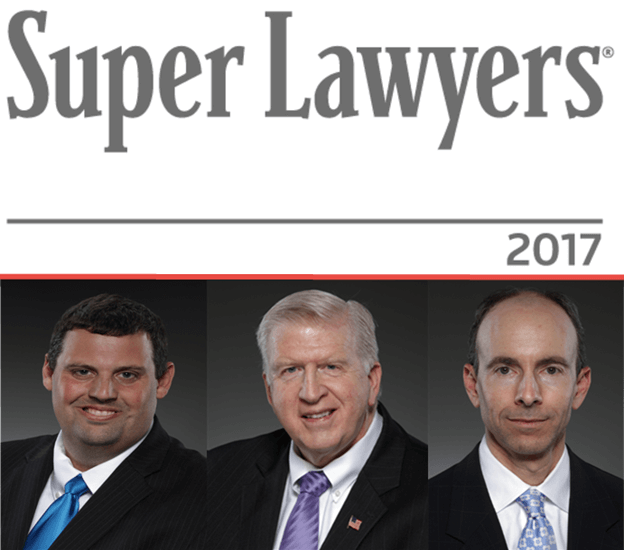