Out of All the DUI Lawyer Law Offices, Why Should I Hire Yours?

You may be asking, “Among the hundreds of Georgia DUI lawyers available, why should I hire you as my DUI attorney?” Three factors set William C. Head, PC apart, which you can verify yourself:

1. We only want Clients who plan to fight their DUI in Georgia.

2. Our track record for successful DUI defenses is as good or better than any other Georgia DUI law firm.

3. From the standpoint of pure credentials in the form of lawyer ratings, client attorney reviews, and legal industry attorney rankings, our three partners will not be surpassed.The words, “Atlanta,” “DUI” & “Lawyer” or “Attorney” are in Demand.

Because Atlanta is the dominant metropolitan area in GA, the phrase “DUI lawyer” is the most sought-after search desktop query and “Atlanta DUI attorney” is the highest search on mobile.  Both in terms of internet marketing and paid internet search, no DUI attorneys in any other major city spend more money online per law firm, trying to lure clients.

Plus, no other state in America has a higher percentage of their licensed lawyers advertising as “DUI attorneys” in Georgia.

Atlanta Is the Epicenter of All DUI in Georgia

1. The most searched “city” phrase for DUI in Georgia is “Atlanta” since more than 50% of all Georgia DUI cases are pending within a 50-mile radius of Atlanta.

2. Georgia DUI laws are among the harshest, least flexible, most punitive, and longest-lasting of all criminal laws in America, when it comes to driving under the influence, even for a first time DUI.

3. In the field of criminal law, over 80% of all accused citizens in Georgia use a public defender or NO lawyer at all for misdemeanor offenses. But a conviction for drunk driving in GA or a DUI drugs charge can destroy a person’s career, take away their right to drive, and bring a lifetime of negative consequences for even a first DUI offense.

Most people arrested for DUI in Georgia have no idea how to select a good Atlanta DUI lawyer. If they know a trusted attorney in Atlanta, a person MAY ask him or her for a referral.  But anyone with a DUI arrest feels a sense of shame and embarrassment, so the decision might be made to discretely look for a DUI attorney online.

In terms of DUI attorney accolades, you must FIRST sort through which attorney rating badges actually mean something, insofar as being reputable attorney rating sites.  Most “seals of approval” are simply FAKE credentials, and are of no value whatsoever.

The companies who own these “badges” list ANYONE with a Georgia Bar license who pay them, without seeking peer reviews and attorney ratings by other Georgia lawyers, or drilling down to find out an attorney’s TRUE reputation in the legal community. The following 7 “badges” (from two different DUI attorneys’ legal websites) are NOT peer-selected attorney review sites: 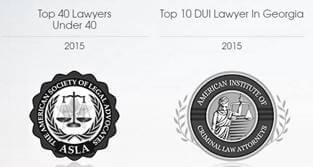 The Only FOUR Peer-Voted Attorney Review Sites to Trust

Below are the ONLY FOUR lawyer-reviewed rating site “badges” and recognitions. These are the attorney rating sites that really matter. They are LISTED below, from the most exclusive to the least exclusive:

Our Georgia DUI Attorneys Know How to Beat a DUI

No one hires a DUI lawyer just because the attorney is “good looking.” Our clients want honest answers to these serious questions:

❶ Why should I hire your law firm for my criminal, DUI or traffic case?
❷ Do you know how to beat a DUI in Georgia?
❸ Can you get my Georgia DUI reduced to reckless driving?

Our answer to question no. 1 is you should hire us based on our top credentials, experience, and reputation for achieving the best results.

To question no. 2, the answer is YES, Mr. Head (and Mr. Kohn and Mr. Yager) are drunk driving book authors. But, Mr. Head has written over a dozen in-depth books (plural) on how to beat a DUI.

To question no. 3, the answer is “most likely.” Getting a DUI reduced to reckless driving depends on your case facts, whether you exercised your constitutional right to remain silent, and what evidence is shown and heard on your arrest video.

Many DUI cases we handle get dismissed entirely, but most are resolved when our DUI lawyers get a DUI reduced to reckless driving. Again, the final disposition depends on the evidence collected by police, the experience level of the officer, the arrest video, and many other factors.

Below are our three partners and their lawyer rating site credentials, for you to compare against other DUI attorneys’ reviews: 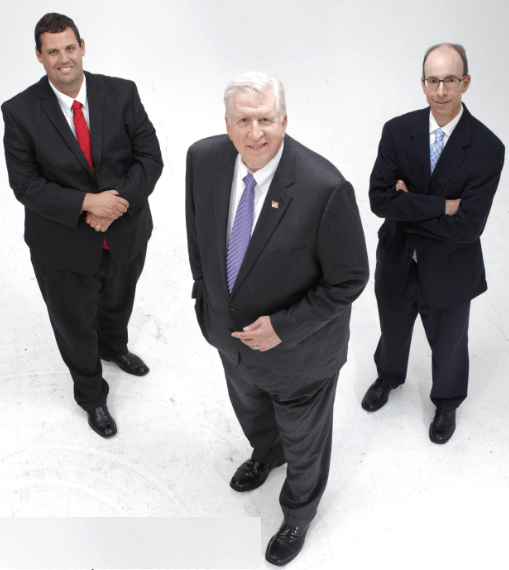 Call 41-year veteran DUI attorney Bubba Head today and get honest answers to all your questions. Tell us everything that happened and everything you remember about your DUI arrest. The sooner you call us, the better chance we have to win your case.

Remember, you only have a limited time to file a license suspension appeal with Georgia DDS, or your driver’s license will be suspended for up to one year! Plus, under a new law which became effective July 1, 2017, a new option to not lose your driver’s license for a full year for a DUI refusal is in place. Talk to Bubba Head, Larry Kohn, or Cory Yager now.