The shock of being arrested for driving under the influence is only exceeded by the fear of what will happen next. Your driver’s license has been taken away, you have had to pay a bail bondsman’s fee to post bond to get out of jail, and you are petrified that you will find your jail picture when you put in your name and search Google for “mugshots.” Plus, you have had to retrieve your car from a disgusting towing company lot, and pay out more money.

You have a growing list of questions and concerns about how a Georgia DUI could change your life and sidetrack your career goals. Because you want to keep your DUI arrest confidential, you hesitate to call anyone to find the best DUI lawyer to assist you, and the Internet seems to be more confusing and contradictory than helpful. On top of all that, you have not been able to sleep, due to the stress of this horrific event.

Top 10 Questions About a DUI in Georgia – ANSWERED

William C. “Bubba” Head, criminal defense attorney Atlanta, and his two law partners are only interested in representing clients facing DUI in Georgia WHO WANT TO FIGHT their DUI charges. Widely regarded as the best DUI lawyer in Atlanta, DUI lawyer William “Bubba” Head holds over a dozen awards for excellence in criminal defense, including two “Atlanta DUI Lawyer of the Year” from Best Lawyers in America, for 2012 and for 2017.

If you must fight your DUI in GA, and “bet the farm” on a DUI attorney, Bubba Head is your warrior. Regardless of the BAC level claimed by police, or even if your intoxicated driving case is a 2nd DUI in GA an Atlanta criminal defense attorney from our DUI law firm can help you achieve a better outcome than low cost DUI attorneys who never take cases to trial.

The veteran criminal defense lawyer graduated from the University of Georgia for both his undergraduate degree in 1973, and his law degree in 1976. Mr. Head has been proud member of the President’s Club since 1979, to give back to UGA for its valuable role in his life. Mr. Head “wrote the book” on Georgia DUI laws, and has taught hundreds of DUI attorneys nationwide how to beat a DUI. 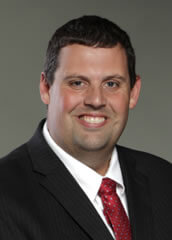 DUI attorney Cory Yager has been named by Super Lawyers (for six years in a row) as a rising star (the description for DUI lawyers under age 40). This rating is primarily from lawyer ratings, for excellence in criminal law. As a DUI lawyer, his track record for getting a DUI reduced to reckless driving is unmatched for any DUI Georgia attorneys practicing criminal law, for the past 5 years.

Criminal attorney Atlanta Cory Yager’s prior background as a police officer for a decade, and his extensive training in the field sobriety test procedures and training manuals used by law enforcement officers for cases involving a DUI in Georgia, breath alcohol test machines, DUI blood test reliability, and a complete knowledge of Georgia DUI laws makes him uniquely capable of consistently getting top results for his DUI clients. Mr. Yager travels across Georgia fighting criminal defense cases of all types, including drug possession, possession of marijuana, DUI-drugs and domestic violence. 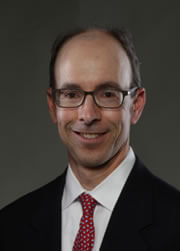 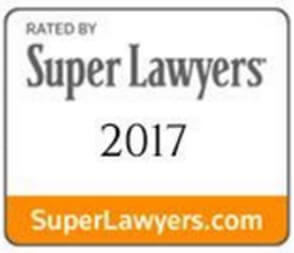 Today, Partner Larry Kohn has one of the largest number of 5-star AVVO client reviews in Georgia, for ANY practice area. As far as attorney ratings, he is also a 2017 Super Lawyer in the area of DUI defense attorneys. DUI lawyer Kohn has taken both advanced training in crime laboratory forensics and has been a NHTSA standardized field sobriety test instructors since 1999.

For complex DUI cases (e.g., 2nd DUI in GA or 3rd DUI) or other DUI felony or other types of criminal charges in Georgia, Larry Kohn is a master of negotiating favorable resolutions of these complex, criminal law cases. Plus, trial victories in some of his publicized trials, on local news channels, shows the range of his criminal defense attorney Atlanta capabilities