Because — in Georgia — for a person arrested for DUI, the only two options are to plead guilty to driving under the influence or fight your DUI case. No diversion, no first offender, no possibility for expunction (expungement) can occur under Georgia DUI laws. Don’t you think that hiring the best DUI lawyer in Georgia will improve those odds? 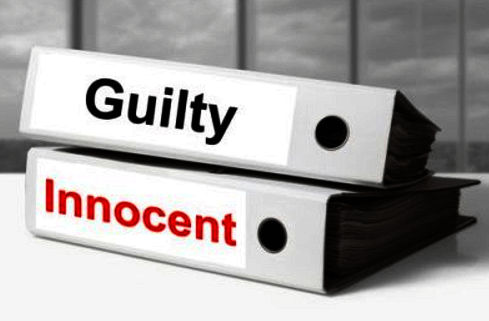 Some states (e.g., Mississippi, Maryland, West Virginia) offer a DUI deferral, a right to expunge, or a 1st offense DUI “alternative” for some drunk driving offenders. For example, Alabama still has a youthful offender statute and West Virginia offers expungement of a first offense DUI, provided the driver did not refuse the breathalyzer test. Georgia has NOTHING.

DUI attorneys who specialize in impaired driving cases know that some of those special state restrictions, or “rules” for getting a record restriction on a first DUI, apply. There are state DUI-DWI law EXCLUSIONS for being eligible for a DUI expungement, probation before judgment, records restriction alternative, or a DUI diversion program:

The LACK of any method for clearing a criminal record resulting from DUI in Georgia is why seeking out the best DUI lawyer for your driving under the influence charge is imperative. A conviction for DUI in Georgia is for your LIFETIME. In DUI cases in Georgia, you should only hire a lawyer who always asserts DUI defenses for every client and capitalizes on every opportunity.

Check for Certificates Proving Training as a DUI Specialist

DUI defense attorneys are not all TRAINED equally. A DUI attorney can emphasize some attribute that he or she thinks will “sell” you on his or her DUI criminal background. Does that claim REALLY count, or should you look more to recognized legal industry attorney ratings for the DUI lawyers who have been named (by their peers) as being the best lawyer in Georgia for DUI defense?

Even rarer than ANY of these three legitimate DUI lawyer rating services is Board Certification by the National College for DUI Defense. William C. Head is one of only 4 (out of 37,000) Georgia lawyers that has this distinguishing credential.

Do I Need a Lawyer for DUI in Georgia?

Positively yes. Georgia is ranked as the number 2 most punitive state for DUI-DWI, second only to Arizona. The Peach State has some of the toughest driver’s license suspension rules (especially for DUI refusal) after a DUI arrest when the Georgia implied consent law is read to the arrested driver.

For a first-time conviction of DUI you could go to jail, and will be on probation for a full year.

Under Georgia DUI laws, no DUI expungement, no first offender, no DUI diversion, no youthful offender, and no change of record restriction exist for a DUI in Georgia. A DUI Georgia conviction for driving under the influence is FOREVER, as it relates to criminal records.

Each and every repeat DUI offense ramps up punishment, and these increases in DUI penalties are dramatic: 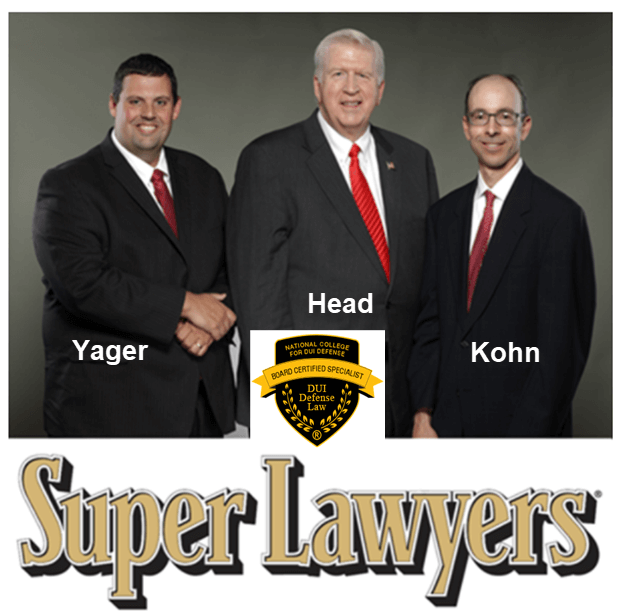 Do Your Homework: Identify Fake Badges and Seals for DUI Attorneys

Certain badges or seals that are found online can be purchased for $300-$1,000. Others that are free can be manipulated, without that DUI defense lawyer truly having top credentials. Avoid being tricked into thinking that these badges or awards are meaningful. If the check clears, these companies will allow you to use their seal to make that lawyer for DUI look impressive.

Here are a large batch (but certainly not ALL) of bogus badges, for which there was NO POLLING of full Bar Associations, or even the highly-specialized DUI defense attorney practice area. If you don’t believe me, ASK any reputable lawyer that you know if he or she EVER heard of these counterfeit awards?

So, What’s the Harm in a Little Puffery?

What is at risk here is that an innocent person, an accused DUI suspect who has a GREAT defense to an illegal pullover, an illegally-obtained breath alcohol test, or who was arrested for DUI drugs based only on standardized field sobriety tests, could avoid a DUI conviction if he or she had a highly-qualified DUI specialist.

Due to lack of accountability, a lawyer for DUI who advertises on the internet may have taken zero advanced training certificates for breathalyzers, field sobriety tests, and laboratory blood tests. Yet, they claim to be the best lawyer in Atlanta. State Bar rules are passive, meaning that the Georgia Bar does not challenge false claims, unless a client files a formal complaint or inquiry. So, the practice of posting fake badges is rampant in Georgia, unfortunately.

Why Do I Need a Lawyer for a DUI?

As covered above, the majority of jurisdictions in the United States (including Georgia) offer no:

In the states that make a conviction for DUI “red badge,” you need to contact a DUI law firm with an impressive record of criminal defense lawyer DUI trials and victories. Only pay attention to REAL credentials!

Top-rated DUI attorneys in GA usually offer a free lawyer consultation, so take it. Specifically, when it comes to comparing attorney ratings, look for inclusion in the four legitimate nationally-recognized lawyer rating services:

DUI in Georgia – How to Find a Lawyer for DUI

In each state, citizens charged with drunk driving need to narrow their search to “best lawyers” because these DUI attorneys will be able to identify potential legal challenges available under Georgia DUI laws. Cheap DUI lawyers, average DUI lawyers, and even “good DUI lawyers” often are trying to balance their business model of “low fees” to the amount of time they will spend to talk to you or reveal their DUI defense strategies.

Unless you cannot afford one of the best attorneys or are unwilling to take the time for a free appointment, follow this advice.

How to Find the Best Criminal Defense Lawyers

The most selective of all lawyer ratings methods are these two: