Can you get a DUI on a bicycle? Yes, but not in all states. It depends upon the wording of your state’s DUI-DWI laws, and whether a “vehicle” is defined as having a motor or engine. You can also get a DUI while driving a boat! It is called a “Boating Under the Influence” charge, or a BUI. The same blood alcohol content or BAC levels apply on the water as they do on the road. For example, in all 50 states the legal BAC limit is 0.08% for adults over 21 years of age. This DUI law applies if you are driving down Georgia 400 or you are cruising on Lake Lanier. The Georgia Department of Natural Resources (DNR) patrols the waterways and their officers can pull your boat over and check the driver’s level of impairment.

Can You Get a DUI While Driving On Your Own Property?

The answer to this question is: YES, in some states.

This question is one of the more interesting and baffling of all drunk driving facts, since land ownership was of paramount importance to our English ancestors. Our heritage, coming from our roots in England, is that land ownership is a sacred right of being a citizen.

Trespassers can be ejected or even killed, under some circumstances. When it comes to laws prohibiting driving while impaired, these time-honored concepts of your home being your kingdom have fallen to the wayside (in some states) when it comes to DUI-DWI laws.

Ultimately several states, like Georgia, have passed laws that proscribe being in control of any motor vehicle “under the influence” ANYWHERE within the state, including on your own private property like your farm or a lake house.

That’s right, you could be at your own 3,000 acre farm in south Georgia, be driving your tractor to plow under the fallow fields while sipping on beer all day, and later be found (by a Department of Natural Resources officer who is patrolling for illegal hunters) passed out and slumped over on your tractor, with the engine off, and be lawfully arrested for impaired driving on your own land.

This is true despite having never left your own land, and posing no danger to any other person or vehicle on Earth. So, being on a farm tractor that does not ever reach any public right-of-way or highway can support a Georgia DUI.

DUI arrests have been made for allegedly intoxicated operators of golf carts (electric or gas powered), riding lawn mowers, mopeds, fork lifts, bulldozers, a Zamboni ice resurfacing machine inside of a building housing an ice skating rink, and many other “vehicles” including a horse and an electric wheel chair.

Breathalyzers Are Relatively NEW, So Blood Tests Were Done In the Early Days

At first, the DUI-DWI laws in America were simple. Police could smell alcohol on the driver, and most drivers (when asked) admitted drinking some alcohol. So, the arrest process for drunk driving by alcohol was very simple and uncomplicated. The officer’s opinion of alcohol intoxication was based upon his or her description of a drunk person, who happened to be driving.

Since breath alcohol test equipment was not yet invented until the 1930s (Drunkometer and Intoximeter were the initial devices), any forensic test collected by police would have been a blood test. Seldom did cops request a warrant, in those days. No DUI attorneys (as criminal defense lawyer near me) were around to make legal challenges, since much of our nation’s current Fourth Amendment and Fifth Amendment law was developed in the 1960s and 1970s, during the Warren Court.

So, most arrests for drunken driving were made on the officer’s “opinion” of being “too drunk to drive.” Then, as now, drinking and driving for adults age 21 and older was legal.

An Early Field Sobriety Test Could Have Been Almost Anything

Any field sobriety test given at the roadway was untested, unproven and based on no studies or science. No effort to standardize field sobriety testing occurred until the late 1970s and early 1980s. Each officer would dream up and use all sorts of unproven roadside tests to support an arrest decision, and criminal defense attorneys seldom challenged the LACK of any science to back these up. Count backwards from 100 to 1. Say the alphabet backwards. Anything the officer dreamed up was used against the driver.

Even today, the reliability and repeatability of consistent roadside tests has very high margins of error. Any DUI defense lawyer worth a dime will advise clients to NEVER take voluntary and optional field sobriety tests. These tests are not part of the Georgia implied consent law. Implied consent means that in exchange for the Department of Driver Services issuing you a valid driver’s license, you give consent to submit to a breath test or other chemical test during a DUI investigation. You can refuse to take these tests but there will be consequences if you are convicted of drunk driving or drugged driving. Our job as litigation experts is to avoid a guilty verdict. Call today (404) 567-5515 and set up a free lawyer consultation with one of our DUI lawyers near me. We are local attorneys with our main office in the center of Sandy Springs, Georgia.

DUI Defense Lawyers Were Not a Known Practice Area

The legal practice specialty of DUI lawyer or DWI attorney was never considered or contemplated, since drunk driving defense was usually handled by the family attorney or the only practicing lawyer in town. A DUI lawyer would have starved to death from lack of business, since DUI arrests were few and far between. No random DUI checkpoints near me existed.

Plus, in the early days of these types of arrests, the law enforcement officer would have to see a vehicle being driven, and that vehicle be on a public roadway, versus a vehicle parked on the shoulder of the road with a sleeping driver in that vehicle.

Criminal defense lawyers started to pay attention to DWI-DUI arrests, once citizens began to feel that they were being singled out, in an age where many people drank alcohol and drove on a daily basis.

Drunk driving accidents increased in number as cars and trucks became more common, and highway speeds increased. The Eisenhower Highway System in the 1950s helped increase speed limits, and boosted commerce in America as much as any other 20th Century development. President Eisenhower got this idea from seeing the remarkable German autobahn.

Legislators responded to public outrage over drunk driving accidents. These state and federal lawmakers started tweaking existing laws. Now, simply having the ignition key (or key fob), and being inside a motor vehicle while drunk is enough to trigger a DUI arrest.

What Is Aggravated DUI? Is a DUI a Felony?

Under pressure from the federal government, which controls federal highway funds, state have had to ADD another category, called “aggravated” DUI, in most states. The general theme is that drivers with high BAC levels, from alcohol readings, should be punished more harshly. Some states (Like Georgia) have enacted meaningless changes to accommodate the federal authorities.

A few states, like West Virginia have done what the federal authorities wanted, but not gone overboard on extra punishment. A handful of other states, like Arizona, have enacted mandatory increased jail time, loss of license implications, and draconian punishment for drivers grossly impaired, according to the convicted DUI driver’s BAC level.

This review of interesting drunk driving facts and the somewhat troubling evolution of laws from being based on a common sense, safety-related criminal law to an overreaching, overly-broad enactment of illogical and invasive legislation has often been passed to satisfy MADD and other anti-drinking activists.

As laws began to become too broad and overreaching, public confidence in law-making, and the perception of DUI laws being written to generate revenue took over, with many accused drivers who were unfamiliar with their legal rights, and suffered the heavy-handed DUI penalties.

If you are facing this type of charge under Georgia DUI law, you need a GREAT Atlanta DUI lawyer. Call William Head, Larry Kohn or Cory Yager, for a local attorney in your drunk driving case. You will get a free lawyer consultation either over the phone or in person at our law office, and we will assess your DUI case and arrest, and find a solution for this troubling legal matter. CALL 404-567-5515, 24 hours a day.

Our 3 Super Lawyers Can Give You a FREE Consultation Today

Being arrested for Georgia DUI charges is life-changing. If you have too much to lose to have a DUI on your criminal history for life, call us. We are DUI defense lawyers who are proven experts in drunk driving defense. Because we are 24-hour lawyers, call us NOW: 404-567-5515, and get immediate legal advice.

Letting us meet with you during a FREE DUI criminal case assessment is the starting point of attacking your DUI case. If winning is your objective, call our DUI law firm’s attorneys today. Led by Board-Certified DUI Lawyer Bubba Head, who has authored or co-authored over a dozen drunk driving books, both partners have been with Mr. Head since their law school days. 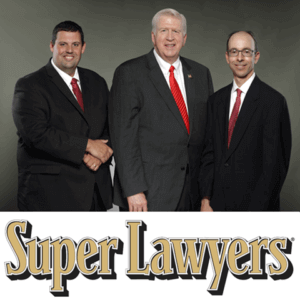 Our attorney ratings are outstanding. We are Georgia criminal defense lawyers who have built our reputations of knowing how to beat a DUI.

A partner will discuss legal fees, possible expert witness costs, the odds of getting a DUI reduced to reckless driving in your case. Plus, we can explain DUI defense strategies that have been successful in other drunk driving cases, similar to your fact pattern.

Get additional, confidential information on how to beat a breathalyzer test in a DUI court case. We will schedule a FREE professional consultation for you.

We will answer your questions about how to beat a DUI in Georgia. Why not go with the proven DUI attorneys who are experts in fighting driving under the influence cases?

Call 43-year veteran Atlanta DUI attorney Bubba Head today and get honest answers to all your questions. For example, you will learn what does DUI mean, what is a misdemeanor, and what is a DWI. Tell us everything that happened and everything you remember about your DUI arrest. The sooner you call us, the better chance we have to win your case. 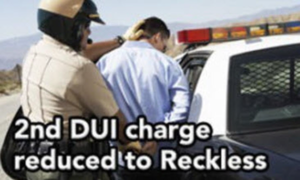 Remember, you only have 30 DAYS to file a license suspension appeal, or your driver’s license will be suspended for up to one year! Talk to Bubba Head, Larry Kohn, or Cory Yager now. Our Sandy Springs DUI lawyers will talk to you about your pending case and explain your best options.