How Can My DUI Lawyer in Georgia Beat the DUI Breathalyzer? 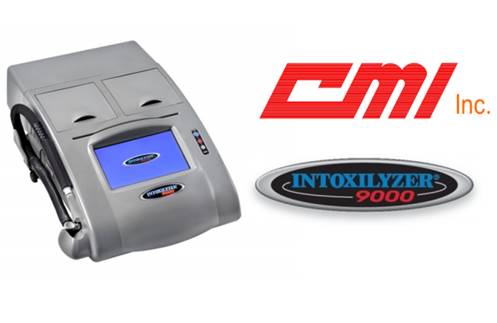 After over four decades doing it, Atlanta DUI lawyer Bubba Head is aware of several dozen proven ways that exist on how to beat a DUI breathalyzer result. The best way is to get your results excluded from the DUI case in a pre-trial motion hearing, by filing suppression motions to request a Judge to exclude illegal evidence. Your Georgia DUI lawyer, if he or she is up to date on the latest methods, will file targeted motions to suppress this evidence. The exclusion can be “sweeping” because the arresting officer illegally pulled you over and the Judge throws out the case. Or, perhaps the law enforcement officer didn’t read your Georgia implied consent notice in accordance with Georgia appellate cases. Maybe the Intoxilyzer machine was not calibrated properly.

If Your DUI Lawyer Lacks Full Intoxilyzer Training, He or She Will NOT Know How to Beat a DUI

No DUI lawyer in Georgia has taken more breath alcohol test machine training than Atlanta DUI lawyer Bubba Head. Because our DUI law firm fights DUI cases for our accused clients each and every week, a breathalyzer test is commonly involved. When a citizen arrested on a Georgia DUI is accused of exceeding the legal alcohol limit, our DUI attorneys must find a way to challenge any breath alcohol test result,that is purported by the Prosecutor to be in excess of the legal drinking limit.

In October of 1996, Mr. Head hosted the very first, intensive 4-day breath alcohol device training course on the science of breath testing at the Emory University Conference Center in Atlanta, GA. This was a national DUI attorney conference, with 32 attendees. One attendee, DUI attorney Fred Slone, traveled all the way from Alaska for this alcohol breath test training. It had never been offered before anyplace in America.

Mr. Head’s 11 Most Common Ways to Refute Breath Alcohol Test Results That Are Purportedly at or Above the BAC Legal Limit

In our criminal law specialty of DUI defense, the following eleven ways are our most common methods of challenging an Intoxilyzer 9000 “reading” above the alcohol legal limit: 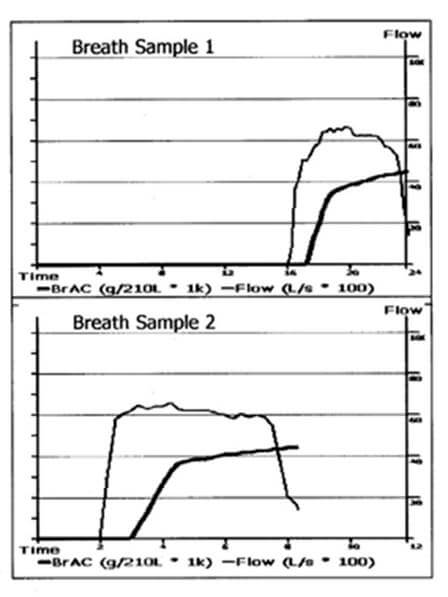 Dozens of ways exist to defeat alcohol breath test results collected on the CMI Intoxilyzer 9000 breath alcohol device, but these eleven (11) common ways adequately cover 95% of the cases we defend. As you will see below, Mr. Head knows many more POSSIBLE ways to beat a breathalyzer.

Much of the same proprietary technology from the Intoxilyzer 5000 and the Intoxilyzer 8000 were used in the new Intoxilyzer 9000. More modern digital technology has been added, and this new Georgia breathalyzer utilizes a dry gas cylinder to “check calibration” on each exhalation on the CMI Intoxilator 9000. Testing errors can and do occur, and a well-trained Atlanta DUI lawyer can help identify such errors. Plus, the best DUI attorneys know how to use implied consent challenges to avoid a DUI conviction. A successful pre-trial motion hearing can result in a court order totally excluding all breath test results from an Intoxilyzer 9000, or from a DUI blood test.

Two Types of DUI Alcohol in Georgia: Less Safe DUI and Over the Legal Limit of Alcohol (Per Se DUI Alcohol)

A Georgia DUI alcohol arrest can be prosecuted TWO ways, if you take the breathalyzer test AFTER your DUI arrest. The first (and most common) type of DUI in Georgia is DUI less safe, which is what the State of Georgia calls “driving while impaired by alcohol” to the extent that you are rendered “less safe to drive.” Even a DUI refusal can be prosecuted for this crime of being too impaired by alcohol, on very scant evidence, like an admission to drinking alcohol and an officer testifying that you could not properly perform field sobriety tests. (NEVER ATTEMPT FILED TESTS IF ANY TYPE.).

A second type of DUI-alcohol charge under Georgia DUI laws can ALSO be pursued against you, when you submit to an Intoxilyzer 9000 test result. This is known as the per se DUI alcohol law (over the legal alcohol limit), making it a crime for drivers age 21 or over to drive in Georgia while having a breath test alcohol level, or blood alcohol level (BAC) of .08% grams percent or more. The Georgia standard for adults is also the national the legal limit for drivers age 21 and over who are not operating a commercial motor vehicle, as defined under federal and state motor vehicle laws.

DUI alcohol per se is a type of drunk driving charge that needs no proof that your ability to drive your car was lacking. For example, driving up to a DUI checkpoint would be a warrantless traffic stop, for a limited purpose such as a license check. The smell of alcohol and the admission of recent consumption of alcohol can lead to a DUI arrest in less than 10 minutes, even at police checkpoints.

The DUI alcohol per se crime is “exceeding the legal alcohol limit” for your age category (e.g., under age 21, 21 and older) or type of vehicle being driven (e.g., a commercial vehicle), and can be brought against an accused citizen whether or not the arrested person is proven to be too impaired to operate a motor vehicle. If you drive up to a sobriety checkpoint, and are asked for proof of insurance, this can result in a DUI arrest, especially if you do not know your legal rights and answer police officers’ questions, or attempt the bogus field sobriety test “battery.”

Georgia’s driving under the influence of alcohol (DUI) laws make it a crime to operate a motor vehicle with a blood alcohol content (BAC) level of .08% or higher (the exceptions to this are .02% for drivers under 21 and .04% for commercial driver’s license holders). What this means is that even if your ability to drive was not compromised by the consumption of alcohol, you can be arrested for drunk driving just for being above the legal alcohol limit.

Far too many citizens arrested for drinking and driving plead guilty and never seek the advice of an Atlanta DUI attorney who is a DUI lawyer. Mr. Head and his partners have won over 1,000 DUI cases with breath alcohol tests exceeding the “legal limit.” What many people fail to consider is that the breathalyzer test used in GA to determine BAC is not always accurate. In fact, there are a number of malfunction and error message factors that could render an inaccurate or inflated breath test reading. So, rather than leaving your fate in the hands of a mechanical device prone to errors, you should immediately contact a DUI attorney in Atlanta who has had experience beating the Georgia breathalyzer test.

Georgia law enforcement officers used the now-decommissioned Intoxilyzer 5000 for approximately 800,000 breath tests in a 21-year period. This was a machine initially developed in the early 1980s to perform breath tests on individuals suspected of driving under the influence of alcohol. When you consider how much this technology has changed in the past several decades, you may understand the concern that a well-trained Atlanta criminal lawyer had about breathalyzer tests being conducted on a device that uses the same type of Z-80 processor that was used to power the “Pong” game.

Do I Need a DUI Lawyer? Searching for The Best DUI Attorney in GA

Some people foolishly try to self-assess their chances of winning the DUI in GA. The operable word here is “FOOLISHLY.” Just reading TRUE DUI case histories with: (1) BAC levels triple the alcohol legal limit, or (2) with a DUI refusal and failing all three NHTSA field sobriety tests, or (3) another drunk driving case report of a DUI checkpoint with a Intoxilyzer breath test double the legal alcohol limit, from two of our previous criminal trials will dissuade you from thinking that you have no chance to beat a DUI in court.

Each DUI attorney in our law office possesses special training on debunking “drug recognition” officers’ training and roadside tests like the “modified Romberg test” and the less-extensive ARIDE protocols require that our criminal defense lawyers know how to challenge a GBI blood alcohol or drugs test. Each of our Atlanta lawyers are an INSTRUCTOR in the three NHTSA standardized field sobriety tests (SFST), which exceeds the training of most police officers making arrests for DUI in Georgia.