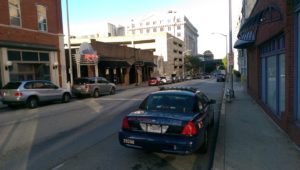 Less than 5% of Atlanta attorneys practice criminal defense. An even smaller percentage are traffic ticket lawyers, focusing on serious misdemeanor DUI and other traffic accident ticket cases the Municipal Court of Atlanta, or Fulton County Magistrate’s Court. These are the two Fulton County Court locations where a traffic citation requires court attendance by you or your criminal defense lawyer. The two courts are totally separate and autonomous. 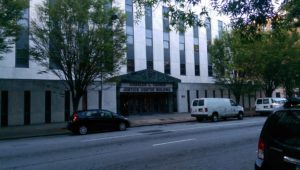 The traffic court address controls where you and your criminal attorney need to be, for the first scheduled court appearance, called the arraignment. Being late can cost you, so pay attention to the location, and arrive early. Atlanta is legendary for its traffic jams and long delays in travelers’ schedules.

Don’t Get an FTA at Atlanta Municipal Court or Fulton Magistrate’s Court!

Missing court can trigger issuance of a “FTA” (failure to appear) and cause an arrest warrant to be issued for you, plus trigger a driver’s license suspension for the FTA bench warrant. If you missed your municipal court date, and a failure to appear has been entered, you may need a criminal lawyer to act on your behalf to help avoid jail time and reinstate your driver’s license. You can go to the Georgia DDS (GA DMV) website to check the status of your license, at dds.ga.gov.

How to Clear Up a Warrant Without Going to Jail

Call an experienced traffic ticket attorney who is regularly at Atlanta Traffic Court. He or she will ask you to provide your reason or justification for not being at municipal court, when scheduled to appear. Then, he or she will intercede on your behalf, to walk you through the process of unraveling the potential jail time or FTA arrest that can follow a missed court date.

Both the Fulton County Magistrate Court, criminal division and Municipal Court of Atlanta have procedures in place to undo this FTA, have the bench warrant withdrawn, and reinstate your driver’s license.

How to Find the Best Traffic Ticket Lawyer in Atlanta GA

Our Atlanta attorneys fall into this category of handling felony and misdemeanor cases across Georgia. While the bulk of our criminal defense law firm’s cases are DUI in Georgia, we handle most felony cases (including DUI felonies) and all sorts of misdemeanor cases, including serious driving offenses, for which you need a lawyer for traffic tickets.

A traffic ticket attorney can help someone avoid losing the right to drive, which is often the person’s ability to work. If you are searching the internet for “lawyer traffic ticket,” we have handled thousands of Atlanta traffic tickets, as well as thousands in courts outside the Atlanta Municipal Court.

Call a Traffic Ticket Attorney at Our Atlanta Law Firm

Our three partners, William “Bubba” Head, Larry Kohn and Cory Yager, can guide you on resolving your traffic ticket anywhere in Georgia. In most cases not involving your mandatory appearance, we are able to appear without you being present, by obtaining a power of attorney to act on your behalf. Even for a DUI Atlanta, we can keep you from making more than ONE appearance in almost all cases, after we are hired.