Focusing In on the Best DUI Lawyer in Georgia

If you are seeking the best Atlanta DUI lawyer, attorneys at many DUI law firms in the Metro Atlanta area claim to be the top drunk driving attorney in Georgia. Why do they claim to be the best? If low price is the criteria, then that should be stated on the webpage or advertisement. 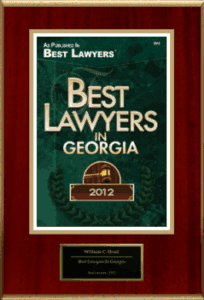 No lawyer ratings site puts THAT attribute at the top of its lawyer ranking criteria. In fact, being a cheap DUI lawyer might cause the attorney ratings to go in the OPPOSITE direction. Why? Because the word cheap communicates taking less time and doing less work, being able to offer a low-ball price to justify getting a high volume of work.

Whether you are talking about a fine watch, the best surgeon, or the most beautiful house, excellence in the final product is the objective, for the DUI attorney you are seeking. Attorney law practice credentials, law industry excellence awards, and legal industry recognitions are not hard to compare. Only a few services do attorney surveys and make in-depth inquiries about lawyers being “rated.” This process is the only valid method to try to select the best DUI lawyer in Georgia.

Lawyer Reviews on Attorney Ratings Sites Are Based on Credentials

On our DUI attorney webpages, we boldly display our “numbers” and awards since these were hard-earned in courtrooms all over Georgia. Over 90% of all cases in the Municipal Court of Atlanta are traffic ticket cases. Plus, all traffic citations are misdemeanor offenses in Georgia, which can and does have a negative impact on your life, in some instances.

As a rule, the more successful a person is (or is going to be) more than likely will magnify the long-term impact of a criminal conviction, especially DUI, on his or her future and career.

Hire Criminal Attorneys Who Know How to Beat a DUI 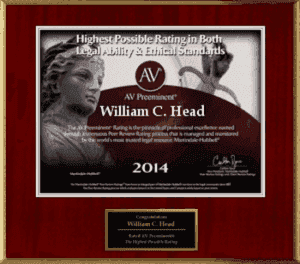 Does every City of Atlanta Municipal Court attorney know how to get DUI charges dropped? NO! Have most attorneys in Atlanta gone to trial to beat a DUI? NO! Are most Atlanta GA lawyers top-ranked by the three major, peer-reviewed lawyer ratings companies? NO!

Prosecutors do not like to lose cases, and (where possible) will offer a settlement of a driving under the influence charge or other serious traffic offense to avoid the required court time, resources, and effort to deal with a criminal defense attorney with a known reputation for fighting and winning tough DUI cases.

Does Your Best DUI Attorney Go to TRIAL and Have CLOUT?

Most Georgia lawyers in Atlanta only represent people in CIVIL cases. Most Georgia lawyers don’t even handle criminal defense, much less the subspecialty field of DUI defense. Ask yourself this question: If a DUI lawyer never goes to trial, what leverage (with a prosecutor) would that Georgia attorney have since he or she has never proven that he or she knows how to beat a DWI?

Any business person will quickly tell you that clout is a big part of all successful businesses. Oxford Dictionary defines clout has “having influence or power, especially in politics or business.” Courtrooms are shrouded with BOTH. Judges in all state courts and superior courts run for re-election every four years.

The best of the best DUI defense lawyers are a prosecutor’s worst nightmare because they have hundreds of prior contested cases and do NOT fear going to trial. Just like a college football coach who plays the quarterback that has shown an aptitude for passing, and scrambling away from a tackler, but also the propensity to WIN games, you should select DUI attorneys near me in the same fashion.

Treat a first DUI offense, or a 2nd DUI in GA the same: hire an attorney for DUI representation who CAN and DOES win difficult DUI cases.

Why Hire a DUI Specialist and Not a Friend, Relative, or Civil Attorney

Hiring a corporate attorney or a friend or relative with a Georgia Bar card to be your DUI lawyer is foolhardy unless you plan to put a DUI conviction on your record. Because civil attorneys in Atlanta don’t have the criminal courtroom experience and the knowledge or confidence to work on tough Georgia DUI cases, your best chance of winning a DUI case is to limit your search to proven, experienced DUI lawyers in Atlanta.

Read over this case history of a DUI accident arrest in Athens, for an eighth DUI offense in the driver’s lifetime, that ended with no DUI, no jail, and no loss of driving privileges. Would your DUI defense attorney have had the tenacity, the skills, and the clout to obtain this resolution?

Call 43-year veteran Atlanta DUI attorney Bubba Head or his law partners, Cory Yager and Larry Kohn, today and get honest answers to all your questions. Tell us everything that happened and everything you remember about your DUI arrest. The sooner you call our DUI law firm, the better chance we have to win your case. 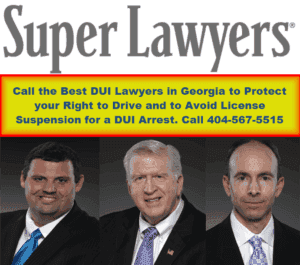 WARNING: Don’t suffer a driver’s license suspension, by not appealing the Georgia implied consent law pending suspension. If your driver’s license was taken, then it is 98% likely you will be suspended if you fail to EITHER appeal OR submit to a 12-month ignition interlock within 30 days after your arrest of DUI in Georgia.

If you GUESS at what to do, you have a 50-50 chance of being right. But, the one-year suspension is WITHOUT any driving privileges. Why not get the FREE lawyer consultation near me? Do not get confused by the wording on the BACK of the DDS 1205 form.